A new report published by IF reveals the hidden liabilities in the Local Government Pension Scheme (LGPS). This threatens to become a major intergenerational issue because, unless urgent action is taken, the cost will be passed on to younger and future generations to pay. Here, in a brief summary, the report’s author, actuary Daryl Boxall, explains why 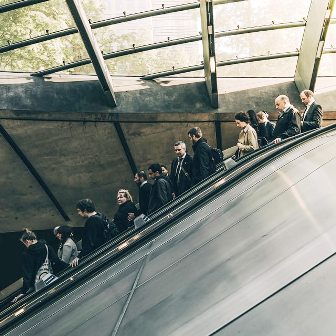 In terms of its size and importance, the Local Government Pension Scheme (LGPS) is a behemoth that often manages to fly under the radar of scrutiny. As the fund covering 5.8 million members of the UK’s public sector workforce, it is responsible for the retirement plans of a huge segment of the UK population.

It consumes almost £12 billion of taxpayer money in contributions every year and, with assets of £275 billion. it sits comfortably among the world’s top 10 largest pension funds – but the measure of the liabilities is somewhat trickier to gauge.

Much lower than economic reality

The LGPS is managed in 89 separate regional funds, and each has its own assumptions used in placing a value on the pension liabilities. The “discount rate” is the principal assumption in valuing the liabilities – and in this, the LGPS takes a different tack to established best practice in other industries, by adopting an artificially high discount rate.

The result of this is that the pension obligations of the LGPS appear to be much lower than economic reality. At the 2016 actuarial valuation, the LGPS liabilities were valued at £254 billion, with a shortfall between its assets and liabilities of £38 billion. Adopting best-practice methods for valuing the same liabilities, as set out in this report, would put them at £402 billion and a shortfall versus assets of £185 billion.

Another debt burden for future generations

The impact of this is that the government is able to justify lower cash contributions to make good the smaller-appearing shortfall, and instead pushing the funding burden on to future generations of taxpayers.

Indeed, the valuation approach used in this report is aligned with that put forward by the Pensions Regulator in its recent funding consultation on funding for private sector pension schemes – so it appears that the government has a very clear “do as I say, not as I do” approach to defined benefit pension valuations.

The impact on future generations should not be ignored. By creating a debt burden to be met by future generations, we leave them less able to address the societal and economic problems of their time, as they are hampered by financial obligations that were mismanaged in the past.