The All-Party Parliamentary Group on Inheritance and Intergenerational Fairness recently launched its final set of recommendations on how inheritance tax needs to be reformed to reduce intergenerational inequality. David Kingman provides a brief guide to their proposals 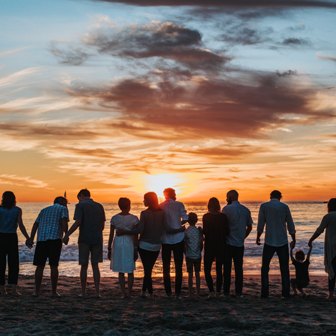 Inheritance tax is often seen as one of the most problematic taxes within the UK’s current tax code.

Over the past year, the All-Party Parliamentary Group (APPG) on Inheritance and Intergenerational Fairness has convened a diverse range of stakeholders who deal with inheritance tax (including IF) to discuss possible ways in which it could be reformed in order to make it more effective and fairer, and potentially to raise more revenue through it.

Recently, the APPG secretariat published the final report from these discussions, which outlined how a new inheritance tax regime could be designed in the future.

This blog will look at some of the main issues with our current inheritance tax regime and explain how the APPG’s ideas would attempt to overcome them.

Whether you ask a politician, a tax expert or a member of the general public, it’s very hard to find anyone who has anything positive to say about the way in which our current inheritance tax regime in the UK has been designed.

This is the case for several reasons. Firstly, much research has demonstrated that inheritance tax is extremely unpopular with the general public, only one in five of whom think the current system is “fair”.

It appears to owe its unpopularity to a variety of factors: the perceptions that it unfairly penalises ordinary people who’ve worked hard to accumulate wealth throughout their lives, that it represents “double-taxation” on people who feel they’ve already been taxed relatively highly on the money they earned through work, and that it is a “voluntary tax” which the really wealthy can dodge through clever tax planning.

As a consequence of the myriad of inheritance tax loopholes, it currently only raises £5.4 billion, which is equivalent to about 1% of the total amount of tax which the government collects each year. Given that the total value of all inheritances and lifetime gifts in the UK has been estimated at £125 billion per year (although no-one really knows, because most of these gifts never need to be declared to the taxman), this looks like an absurdly small amount.

Thirdly, the ineffectualness of the current inheritance tax regime helps to entrench both social and intergenerational inequality. Wealth has grown significantly faster than GDP in the UK over the past three decades, and the wealth owned by private households now stands at £14,628 billion, according to data from the ONS.

Apart from just raising revenue, one of the strongest justifications for having an inheritance tax is that it should help to ameliorate economic inequalities by preventing wealthy families from simply passing money down the generations. Half of all household wealth in the UK is owned by just 12% of households, so there is a strong case for using inheritance tax to spread that wealth more evenly.

Moreover, from IF’s perspective there is also a strong case for using inheritance tax to encourage families to spread inheritances more widely between their children and grandchildren while they are still alive, so that the younger relatives of wealthier older people can inherit money when they’re still young and have greater financial needs than when they get older.

A STEP in the right direction?

The APPG, which was convened by the Society of Trust and Estate Practitioners (STEP), made two main recommendations for reforming inheritance tax.

The key pillar of their reforms would be to abolish the current inheritance tax regime and replace it with one that would be much simpler, and which would have a significantly lower rate but a far broader base of taxpayers.

On death, an estate would still be partially covered by a nil-rate band, as they are at present (STEP suggested copying the current figure of £325,000), but any bequests beyond that would incur inheritance tax at a rate of between 10% and 20%, depending on where the government thought the amount should be set.

The report argues that one of the biggest problems with the current inheritance tax system is that the rate of inheritance tax is too high (40%), which encourages people who own a significant amount of asset wealth that they want to pass on, to game the system.

A cornerstone of these proposed reforms is the idea that if the rate of tax itself is significantly lower, then people who own considerable amounts of wealth will feel they have too little incentive to invest large amounts of time and money in finding ways around the rules.

The report’s other major recommendation is that the government should make sure that “HMRC and HMT are given greater powers to collect more meaningful data through compulsory electronic reporting of lifetime gifts over the current annual exemption of £3,000, even if they are not immediately taxed”, the idea being that we simply don’t know enough about how much money people are gifting at the moment to be able to formulate good policy in this area.

Would it improve intergenerational fairness?

Overall, STEP’s proposals sound like they could lead to a significant improvement in the UK’s current inheritance tax regime, which virtually everyone who works in this area seems to agree is deeply flawed.

There is also the possibility that a new system built along the lines described above could encourage families to give money to their younger relatives earlier on in life, as the rules for giving money away during someone’s lifetime would be significantly simpler, and the amount that they could definitely pass on tax-free would be quite a bit higher than is the case under the current patchwork of reliefs and exemptions.

However, one of the biggest questions these reforms would have to address is how they can be sold to the general public, given that it would mean more people would have to pay some inheritance tax, while under the current system they don’t pay any.