Angus Hanton, Co-founder of IF, suggests that young people are victims of an “othering” process, which sets them apart in a generational power struggle that has both financial and political implications 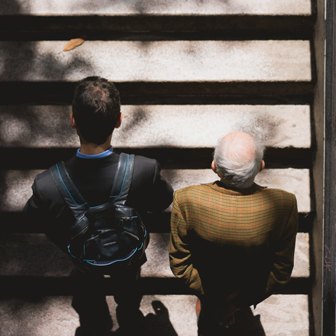 Some psychologists have argued that western culture is forged by an othering process that demonises other people – historically, groups such as primitives, orientals, women, people who are gay, and non-believers.

An essential aspect of othering is denying the “other” their own voices and stopping them speaking for themselves – and replacing their views with one’s own identity and culture.

It is this othering which can be shown to be at the root of territorial disputes, food insecurity, military conflicts, sectarian violence and even climate change. But could this also be fuelling intergenerational conflict?

We know that the financial interests of older and younger generations in the UK are very much in conflict – with house prices, pensions and taxation stacked so that in general the older you are the better the deal that you get.

Undoubtedly much of this arose through accident, and changes that weren’t foreseen, but now questions have to be asked such as “Why is so little is being done to rectify the imbalance?” and “Why are young people being blamed for their predicament?”

To many younger people this looks like blaming the victim. Blaming youth is, of course a perennial feature of human nature.

Identifying young people as “other” is becoming an increasingly obvious phenomenon, as older people label those in their 20s and 30s as “Millennials”, as if that justifies treating them differently.

These younger cohorts are also referred to as “digital natives”, “boomerang kids”, “generation rent” and even “the precarious generation”. Young people are often unfairly stereotyped as being superficial, self-obsessed, latte-drinking and avocado-eating.

The truth, as our research demonstrates, is quite different: young people today are usually better informed about the world than earlier generations, they are remarkably altruistic, and they consume less coffee and avocado than the “Baby Boomer” generation.

The damaging and false stereotypes are a form of fake news. What the othering analysis suggests is that society’s labelling those in their 20s and 30s as being very different is a clear step in a process which allows society to tolerate treating them in ways that are demonstrably unfair and unreasonable.

The rush by political parties in the December 2019 election to promise more freebies to older generations while offering almost nothing to younger people is a clear example of the end result of this othering process, as well as the electoral reality that older generations appear to be very open to such bribery.

Measure it, manage it

It’s not obvious what can be done about this, as the othering instinct is so deep-rooted. If there are signs that British society is making progress in this, it is largely because change started by researching the facts and identifying the extent of discrimination.

We need to consciously prevent “othering” of those in their 20s and 30s and call it out when “Millennials” are being referred to semi-abusively in this process of othering. When pensions, housing and taxation are being debated, Baby Boomers should remember that Millennials are their children (and grandchildren).

The fact that so often they tend not to might explain why the “OK Boomer!” riposte has resonated so forcefully with younger generations as they finally realise just how high the cards are stacked against them.