The Office for National Statistics (ONS) has recently published a new piece of analysis which looks at the average ages at which people currently hit major milestones in life, such as having children. In the second of two blogs on this topic, David Kingman looks at how these are changing, and what this could mean for the Millennial generation 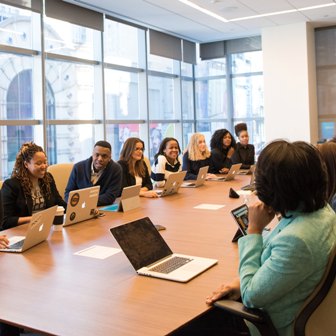 This is the second blog of two which look at some new research from the ONS into the average age at which people are achieving certain milestones in life.

Part 1 was mostly about how female fertility has changed over the past twenty years, with the available data suggesting that Millennial women are waiting longer to begin having children, on average, and are having fewer children overall, and are having them closer together than was the case for women in previous generations.

Part 2 is mostly going to be about another interesting pattern which the ONS data revealed: changes in the average age at which people reach their peak level of earnings in their working lives, and how the Millennials are different from previous generations.

Do you earn more as you get older?

There are several factors which could help to explain this relationship. You would expect workers who are middle-aged to earn more than younger workers because they will have acquired more skills and experience within the labour market.

As for why average wages start decreasing after middle age, this could be because higher-earning workers begin dropping out of full-time work at younger ages than their lower-paid counterparts (because their greater financial resources mean that they can afford to do so earlier).

Older workers are also more likely to be working part-time than middle-aged ones are (for example, because their health no longer permits full-time work, or because they have to balance working and providing care for other people), which would have a depressive effect on average wages because part-time jobs generally pay less per hour than full-time ones do.

In previous generations, the relationship between age and average earnings has generally looked very different for women compared to men.

Average female earnings have historically tended to peak at a significantly earlier age than male average earnings do, because women have been less likely to remain in full-time employment after they’ve had children than men have been. However, this factor may be changing quite dramatically among the Millennial generation, as will be explained in more detail below.

How much are the Millennials earning?

One of the most striking features of the post-2008 economic landscape has been decline in average workers’ incomes. This has hit workers who are currently in their 30s – i.e. the Millennial generation – harder than any other age group (the real median earnings of workers in their 30s are 7% lower than they were in 2008, while median pay for workers in their 20s is 5% lower). Consequently, Millennials are earning less in real terms than the members of Generation X were, at the same stage in life.

The ONS’s research into lifetime milestones shows that the age at which workers are currently earning the most is 41, whereas it was 34 in 2009. However, today’s 41 year-olds are actually earning less in real terms than these 34 year-olds were ten years ago.

Indeed, the ONS data show that workers at every age between 24 and 40 are earning less in real terms in 2019 than people who belonged to the same age group were in 2009, which reinforces the concern that members of the Millennial generation (who are currently aged 19–39) are earning less than the members of Generation X were at the same stage in life.

Given that Millennial workers are starting to pass through the stage in life when, on the basis of historical evidence, you would expect them to be reaching their peak level of earnings, this raises the possibility that Millennial workers may not experience any generation-on-generation improvement in real wages in comparison with Generation X, which will have obvious knock-on effects for their overall living standards.

This is one of the main reasons why IF’s research has found that Millennials are having to devote a larger share of their household budgets towards paying for the cost of life’s essential goods and services, such as housing, food and clothing, instead of being able to devote more expenditure towards discretionary expenditure such as leisure and travel.

However, it is also worth reflecting on the one change in how much workers who belong to different generations are earning which is not all doom and gloom – the shrinking size of the gender pay gap.

As was mentioned above, historically women’s earnings have peaked at a much earlier stage in female workers’ careers than was the case for male workers, because so many women left full-time work after they became mothers.

Whether Millennial women can carry on closing the gender pay gap as they reach middle age, or whether it will widen as more of them become parents, will be an important issue to watch over the coming years.

Photo by Christina @ wocintechchat.com on Unsplash