The Office for National Statistics (ONS) has recently published a new piece of analysis which looks at the average ages at which people currently hit major milestones in life, such as having children. In the first of two blogs, David Kingman looks at how these are changing, and what this could mean for the Millennial generation 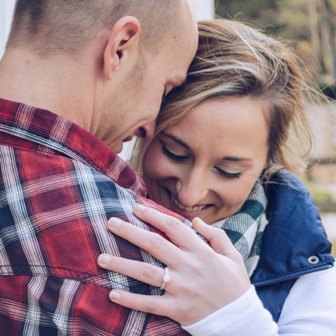 Everyone navigates life at their own pace, and we each have our own unique set of priorities for what we want to achieve at each stage in our lives.

However, it’s also fair to say that there is a distinct set of “milestones” that the vast majority of people aspire to reach in life, from completing education to getting a job and forming relationships and having children, and an interesting way of measuring social change over time is to compare the typical ages at which different groups of people manage to reach these milestones.

Therefore, it can really tell you something if you look at how the ages at which people reach different milestones has been changing from generation to generation – which is what some recent research from the ONS has attempted to do.

By drawing on the large volumes of social data which they collect, the ONS has been able to measure how the average ages at which people achieve particular milestones in life has been changing over time for people who are at a variety of different life stages.

Last year, they published a piece of research which looked at how life has changed over the last several decades for people aged 18, who are just entering adulthood, which showed that they have become significantly less likely to be getting married or working at the age of 18, and much more likely to still be in education, than they were several decades ago.

Earlier this year, they also produced another very interesting article which analysed how the average ages at which young adults tend to achieve the milestones which are associated with that stage in life have changed over time, such as beginning full-time work, forming relationships, having children and getting on the housing ladder.

That article demonstrated that young adults are taking longer today than the members of previous generations did to achieve a large number of significant milestones in life, largely due to them spending longer on average in education and then taking longer afterwards to establish financial security.

Recently, the ONS has published a third article which looked at how the average ages at which people reach life milestones which are generally associated with people who are middle-aged and older have changed over the last few decades. These include the average ages at which people have their last child, reach their peak level of earnings, get divorced, and become grandparents, among other things.

Clearly, most of today’s young adults are yet to arrive at any of these milestones. However, the oldest members of the Millennial generation (those born between 1980 and 2000) will start to turn 40 during 2020, so they are actually beginning to move beyond the type of life goals which the majority of people entertained during their 20s and 30s towards ones which we generally associate with being middle-aged (most obviously, the oldest Millennial women will soon be moving beyond childbearing age, so having more children will no longer be possible for many of them).

On that point, a milestone which many Millennial women will actually already have come upon is the average age at which women have their last child, which is the (surprisingly low) age of 31.

The ONS showed in their previous article about milestones which are associated with young adults’ lives that the average age at which a woman has her first child has been increasing for the past 20 years, and is now 29.

However, what the new ONS article about later life milestones shows is that several other important shifts in female fertility have also occurred over the past 20 years: Millennial women are not only starting their families later than women who belonged to Generation X did (and much later than the typical Baby Boomer woman did), they are also having fewer children overall and having their children closer together, with the result that the average period in a woman’s life in which she bears children has got shorter.

These trends are demonstrated by ONS data which show that the average gap between the ages when a woman has her first child and her second child has been shrinking over the past 20 years, and is now just over two years.

They also show that the average number of children per woman has been falling for decades, with women in England and Wales who turned 45 in 2018 having had an average of 1.89 children, which is the joint-lowest number since records began. Among women who belong to this age group, around 18% have never had any children at all (a group who have also increased in number over the past two decades), and only just over 25% have had more than two children.

These are trends which seem likely to continue as younger Millennial women enter their childbearing years, for several reasons.

Firstly, the proportion of women who enter higher education has continued to increase – which is important because having a degree is strongly associated with waiting longer to have children, as highly-educated women are likely to want to get established in their careers before they get disrupted by having children.

Secondly, if women are planning on returning to work after having children then having fewer children and having them closer together makes sense, as it means they are likely to spend less time out of the workplace.

Thirdly, the trend towards Millennial women having fewer children overall than their counterparts did in previous generations must partly be explained by simple economics. Having children is very expensive and, as our recent research into Millennial households’ cost of living showed, Millennials are having to allocate a significantly higher proportion of their household budgets to paying for essential forms of expenditure, such as housing, domestic utilities and transport costs, than the members of Generation X did at the same stage in life.

It seems highly plausible to suggest that a combination of the high cost of living in many parts of the UK, particularly high housing costs, and the sluggish pay growth which Millennials have had to endure since the Great Recession, could continue to suppress the number of children that Millennial women are having.

The second part of this two-part blog will look at how the incomes of today’s middle-aged adults are changing in comparison with those that previous generations enjoyed when they were at the same stage in life, and how this could impact Millennials as they get older.