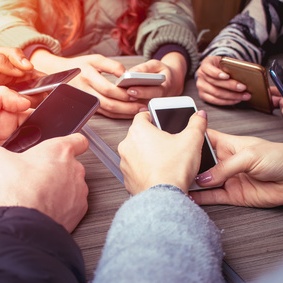 IF recently published a new research report, All Consuming Pressures: The cost-of-living crisis facing younger generations, which was produced in collaboration with Yorkshire Building Society.

The aim of this piece of research was to investigate whether there is any validity to the claims which are frequently made in the media that today’s young adults are struggling economically because they are spending “too much” of their money on luxuries like avocado toast, foreign holidays or buying the latest smartphone, rather than because of socio-economic disadvantages such as stagnating real wages and the high cost of housing.

This article will provide a summary of our main findings from this research and our interpretation of what we think they should mean for government policy.

What did we do?

Using data from the Living Costs and Food Survey, an annual social survey which measures household expenditure in the UK, we analysed how much households in different age groups were spending on a basket of “essential” goods and services.

What makes something “essential”? By drawing on previous research into household expenditure from the fields of economics and poverty studies, we were able to define a list of goods and services without which – it can be robustly claimed – it would be impossible to achieve a satisfactory minimum standard of living in the UK.

We then looked at how much households in different age groups were spending on these different items in both the most recent data (from 2016–17) and the first year for which expenditure data (produced on a consistent basis) was available (2001–02) to look at the differences between age groups and how these had changed over time.

We found that 63% of all the money spent by households in the under-35 age group in a typical week goes on essentials (£203 per week), which is the largest proportion among any age group.

The share which the youngest households were spending has also gone up over time: the proportion of their total weekly expenditure which is spent on essentials increased by 8% for households in the under-35 age group between 2001–02 and 2016–17, whereas it fell by almost 9% for households in the over-65 age group. This has put younger households’ ability to spend money on non-essential items (such as leisure) or to save money for the future under increasing strain.

We also wanted to look at the differences which exist within age groups between households that are at different points along the income spectrum. These were very significant: the average household in the under-35 age group in the bottom income quintile devotes over 70% of its total weekly expenditure to essentials, which indicates that their living standards are under extreme pressure just from the cost of affording life’s basics. However, even relatively high-income households in the under-35 age group – those in the third and fourth income quintiles – are devoting over 65% of their total weekly expenditure to essentials, which is much more than equivalent households were in 2001–02.

This comparison also demonstrated how the economic position of older households relative to younger ones has improved since the Millennium. Households in the 51–65 age group now use a smaller proportion of their weekly expenditure for essentials than households in any other age group. Housing, utility bills and domestic transport between them account for 40% of all the money spent by the average household in the under-35 age group in a typical week, whereas among households aged 51–65 these items account for only 28% of total spending.

As you might expect, housing turned out to be the single most important item of expenditure in terms of shaping generational differences in expenditure patterns. The proportion of their total weekly expenditure that was taken up by housing and utility bills rose by 20% for households aged under 35 between 2001–02 and 2016–17, which suggests that the cost of these essentials is a bigger burden for the Millennial generation now than it was for Generation X at the same stage in life. In comparison, the proportion of their total weekly expenditure which is taken up by essentials fell by 14% among households in the 65+ age group between 2001–02 and 2016–17, which indicates how the increasing affluence of older households as a group has contrasted with the fortunes of the young.