With less than a week to go until the 2019 General Election, Liz Emerson, IF Co-founder, gives a whistle-stop tour of what the different parties are offering on education – from pre-school childcare through to further and higher education finance 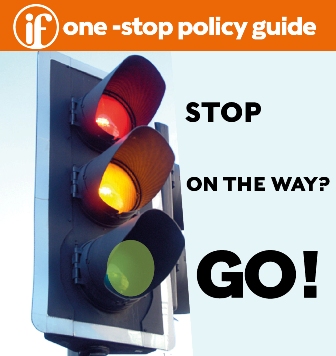 Recent IF research revealed that housing, transport and utility bills together make up more than 40% of all household monthly expenditure. This is called “essential spending” and is one of the reasons why both parents are increasingly likely to be in employment today. According to the Office for National Statistics (ONS), “the employment rate for mothers was 74.0% in April to June 2018, which has increased from 68.9% in 2013 and from 61.9% in 1996 (when comparable records began).”

Affordable childcare is therefore essential for many parents, and particularly mothers, in order for them to be able to participate in the labour market. So what are the different political parties offering?

All main parties see free childcare provision as an essential spending pledge. The Conservatives have pledged to spend £3.6 billion in 2020 in order to extend free childcare to all three- and four-year-olds, and some two-year-olds in England.

Labour, meanwhile, have pledged 30 hours of free childcare for the parents of all two-, three- and four-year-olds, which would, they claim, benefit more than a million children, with the lowest-earning parents receiving extra subsidised hours. With less than 20% of families earning under £20,000 per annum using their 30-hour free entitlement, there is still work to do. But Labour go further, with the offer of a “Sure Start Plus” boost to ensure that all children, whatever their background, have the same opportunity to benefit from the positive socialisation and faster acquisition of language that come from participating in pre-schooling.

Primary and secondary schooling is where the parties start to diverge. The Conservatives offer to provide 250,000 extra primary school-age places during school holidays as well as spend £400 million on school improvements at academies and sixth-form colleges. Both Labour and the Greens pledge to scrap Ofsted. The Greens go further and state their intention to scrap all testing, which is a process that many experts suggest is linked to increasing childhood anxiety and stress.

Labour’s pledge to abolish private schools’ charitable status is a more intra-generational issue than an inter-generational fairness issue. As are the Brexit Party’s and UKIP’s pledges to champion the re-introduction of grammar schools.

The Green Party’s pledge to increase funding for schools by £4 billion per year could be interpreted as intergenerationally positive in terms of investing heavily in improving the educational outcomes of younger generations against Plaid Cymru’s offer to provide an extra £300 million for schools and colleges.

There is little reference to the failing apprenticeship model in any of the parties’ manifestos apart from Plaid Cymru who promise to partner apprentices with a further education college with appropriate support.

The marketisation of higher education was intended to create a competitive “market” in higher education provision. Instead, the majority of institutions, whatever their level of prestige, tripled the fees they charged to £9,000 a year. Nearly eight years later there is clearly no market.

The removal of maintenance grants and their replacement with loans for the poorest students (while charging sky-high interest rates of close to 6% to its student loan borrowers) mean that while the top 10% richest students are not even in the student loan system because they pay their fees upfront, the poorest students are leaving university today with the largest debts. The average graduate now leaves higher education with more than £50,000 of student debt.

Many “experts” claim that it simply does not matter how much money students owe because most will never pay back the full amount borrowed. While this may be true (based on the high interest rates charged), today’s graduates are likely to earn the median annual income of just under £25,000. This figure is important as it is around the threshold at which a graduate starts repaying their student loan with 9% of earnings over this threshold taken from their pay packet each month. It means that the average marginal tax rate for a graduate is likely to be 41%: 20% income tax, 12% national insurance and 9% “graduate tax” in all but name for the next 30 years.

Why is that unfair? Firstly, that is money that previous generations were able to save towards their own life goals, such as starting a pension or buying a home of their own. Secondly, the government charges younger generations around three times the amount of interest for student finance that it charges older generations.

So, what are the different parties offering? The recent Augar Review is nowhere to be found in the Conservative manifesto.  Instead, the Conservatives are offering to look at the interest rates on student loan repayments, rather than look at the sky-high rates charged while undertaking a higher education course. They have also offered to return student nurses to the maintenance grant system, but such a move could be interpreted at intra-generationally unfair, if the rest of the student population is not also moved back to a maintenance grant system.

Labour have pledged to scrap tuition fees and bring back maintenance grants. This will no doubt raise panic from those institutions that have gone on a pay and borrowing-for-expansion splurge since the tripling of fees back in 2012. Labour have made no promise to get rid of historic student debt in the election, unlike the Greens, who have pledged to get rid of both student fees as well as writing off existing student debt.

Meanwhile, the LibDems have no grand plans for student finance. It was, after all, the LibDems who did the dirty on younger generations after promising to abolish student fees in the 2010 General Election, and are still haunted by the collapse in support from younger generations now saddled with the debts the party betrayed them over. So, their pledge is muted: to implement a review of higher education finance; re-instate maintenance grants for the poorest students; stop the sell-off of student loans; and stop the retrospective increase in interest rates, which is in every student loan financial agreement today.

Interestingly, the Brexit Party has pledged to abolish interest on student debt, and “may” reimburse graduates for “historic” interest payments made on their loans, while UKIP has pledged to waive fees for further and higher education in STEM subjects, nursing, and medics training to become GPs.

Of course these pledges only affect English voters since higher education is devolved.

Where does that leave the parties on intergenerational fairness grounds?

It is clear that on childcare provision all parties, apart from UKIP, understand that parents need to be better supported financially in order to be able to participate in the labour market. They also understand that in order for productivity to increase, more free childcare places are required. So that is a win on intergenerational fairness grounds. All parties, apart from UKIP therefore achieved a “green” light.

The Green Party, Labour and the LibDems have all pledged billion-pound increases in the primary and secondary education of younger generations, and both parties should be applauded.

However, all parties have failed to offer anything to help to turn around our failing apprenticeship model.

While the Brexit Party’s pledge to remove the high interest from student loans is welcome, there is no mention of reducing fees, and for this they achieve an “orange” light.

UKIP, while clearly wanting to encourage employment in “key” disciplines where there is a staff need, offer nothing in terms of the mountainous debt that younger generations have to take on, so they have also achieved an “orange” light, along with the LibDems, with their muted offer of a “review” of higher education finance.