On Monday 21 October, Green Party peer Baroness Jenny Jones introduced Lord Bird’s Future Generations Bill in the House of Lords. With the bill seeking to revolutionise policy thinking by encouraging policy makers to incorporate the implications for future generations as well as current ones, IF placement Cameron Leitch explores what impact this bill could have for intergenerational fairness – and why the Intergenerational Foundation supports it 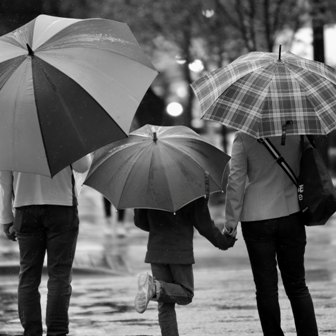 Currently, in the United Kingdom, policy decisions are made without addressing the long-term implications that they have on future generations.

Research conducted by the Intergenerational Foundation has demonstrated that the overall well-being of future generations is decreasing at an alarming rate. If we hope to stop this decline, we must support and act upon policies – such as those embedded in Lord Bird’s Future Generations Bill – that seek to address the “short-termism” of current policy thinking.

The Future Generations Bill is the legislative element of a wider cross-party campaign titled Today for Tomorrow, which was launched with an exclusive edit in The Big Issue magazine published to coincide with Lord Bird tabling the motion in the Lords.

Led by The Big Issue Group and Lord Bird (The Big Issue founder), and sponsored by Caroline Lucas MP in the House of Commons, the campaign is striving to give future generations a voice in policy, and ultimately to ensure the enactment of the Future Generations Bill.

The principle is based on the idea that the needs of the present should be met without compromising the ability of the future generations to meet theirs. Lord Bird’s Future Generations Bill seeks to extend this principle to the whole of the UK.

The bill provisions for a new set of principles to incorporate long-termism into policy making including: balancing long-term and short-term needs, acting preventatively and seeking to forecast emerging risks. Furthermore, this bill states that the government will need to consult on, set out, and work towards well-being goals and objectives. This will allow those interested to measure the government’s policies to see whether the government is protecting the rights of the future generations or not.

If supported, the Future Generations Bill will demonstrate that parliament recognises the importance of intergenerational fairness as a priority and, by extension, will pressurise policy makers into placing the long-term implications of future generations in the forefront of their minds when formulating new policies.

The bill could also provide the springboard from which intergenerational inequalities in areas such as housing, pensions, higher education and climate change can rise to the top of the political agenda. These policies have never been adequately addressed by present and past governments, but enacting this bill may precipitate the urgent response needed to prevent any further decline in the overall well-being of future generations.

Unfortunately, policy makers today – influenced by the electoral cycle and short-term interests – do not attempt to consider the effect their decisions may have on future generations; you only have to take a look at current climate change and housing policy to grasp this reality.

The enactment of the Future Generations Bill would formalise an organisational structure which would act to protect the interests of future generations, and – it is to be hoped – prevent government from harming them.

Currently, policy makers are in the habit of ignoring the concerns of young people and the interests of future generations. Lord Bird’s bill provides a starting point from which the UK as a whole can begin to safeguard the needs and well-being of the future generations.

The bill has just started its long journey through parliament. The Intergenerational Foundation will closely monitor its progress, and support its passage every step of the way.