The recent Queen’s Speech contained the announcement that the government plans to make voter ID compulsory at all future elections, but campaigners have warned that this could disenfranchise certain minority groups, including younger voters. David Kingman examines whether we should be worried about the government’s plans 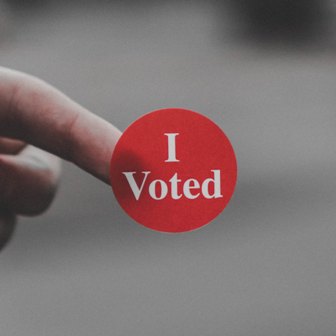 The Queen’s Speech, which took place on 14 October, was understandably dominated by policies which related to Brexit. However, one of the less high-profile announcements which it contained was a plan to introduce a new law that would make it compulsory for all voters to present photographic ID in order to vote in future elections.

The Labour Party has argued that this move would discriminate against minority groups, particularly voters from BAME backgrounds, as there is evidence to suggest that they are less likely to possess the type of photo ID that would enable them to participate in elections. Critics have also argued that the new law looks like using a sledgehammer to crack a nut, as electoral fraud is virtually non-existent in the UK.

Voter ID laws are contentious in many parts of the world, and have a history of being used by governments as a means of tactically disenfranchising people who are disproportionately likely to vote for the opposition party, including younger voters. This blog post looks at whether we should be worried that they could have a similar impact in the UK.

A “solution in search of a problem”?

The main rationale which has been used to justify the proposed new voter ID law is that it is necessary to protect the democratic process from being manipulated by people casting multiple votes under different voters’ names. In theory, such a ruse ought to be possible at present because you don’t currently need to present any identification – not even a polling card – to be allowed to cast a vote, as long as your name matches one which is held on the electoral register for a given area.

The proposal in the Queen’s Speech would build upon a pilot voter ID scheme which was used at the local elections that took place in England in May last year, where five local authority districts (Bromley, Gosport, Swindon, Watford and Woking) were used as guinea pigs. In each of these areas, a major public information campaign was undertaken in the weeks leading up to the poll which highlighted the new rules, and informed voters what forms of photographic ID would be accepted if they tried to cast a vote.

At the time when the pilot took place, critics accused the measure of being unnecessary, and creating a risk that voters who lack appropriate photo ID would be disenfranchised from voting.

Stuart Wilks-Heeg, an expert on electoral integrity at the University of Manchester, told The Guardian that the voter ID trial seemed to be “a solution in search of a problem”. He claimed that only a very small number of cases of voter impersonation are believed to have taken place at recent elections, and “hardly any of the cases that we know about have involved personation at polling stations. They overwhelmingly involved postal or proxy votes. So it is slightly mystifying that they’ve gone down this route.”

Official statistics suggest that during the whole of 2017, there were only 366 reported cases of electoral fraud, and only one was substantiated with an actual conviction. This compared with a total electorate of roughly 45 million registered voters.

What do we know already?

Critics of voter ID laws have argued that they discriminate against voters from certain groups who are less likely to possess the right kinds of voter ID.

Recent years have seen an extensive amount of research into this issue in America, where a number of mainly Republican-controlled state legislatures have imposed new voter identification requirements for elections. According to the National Conference of State Legislatures, the number of American states which have strict voter ID requirements rose from none in 2004 to 11 in 2016, while a further 21 states have some kind of voter identification requirements on their statute books (although there is some variation from state to state with regard to how strictly these rules are enforced).

Much like in the UK, these laws have nearly always been justified on the grounds that they curb voter fraud, even though critics have consistently argued that there is virtually no evidence of significant voter fraud actually occurring (most notably, ever since the 2016 presidential election, President Trump has repeatedly claimed that one of the main reasons why he didn’t win a majority of the popular vote was because of extensive electoral fraud in Democrat-voting areas, despite producing no evidence to back up these assertions).

Although there is widespread agreement that particular demographic groups are less likely to be able to produce valid photo ID than others (particularly people who are non-white, non-English-speaking, poor and/or lacking a stable address, such as the homeless), the extent to which they are discouraged from voting specifically because of voter ID laws has been heavily debated (as these groups generally tend to have lower turnout than the average even in states which don’t apply strict voter ID laws). One of the best articles on this topic was written by polling guru Nate Silver, who argued that these studies consistently demonstrate a negative effect on turnout of around 2%, which would be trivial in many elections but could have a decisive impact on extremely close contests.

This is why last year’s pilot study in the May local elections has been extensively studied, because it is important to examine whether a similar effect could be observed in this country.

In their analysis, the Electoral Commission (the UK’s main electoral regulator) found the vast majority of people already had an acceptable form of ID; altogether, only about 2,000 people were turned away at polling stations for lack of ID, of whom about 750 did not subsequently return to cast their ballots. This represented less than 1% of the total number of voters in the pilot areas; this tallies with the American evidence, which suggests that the impact of strict voter ID laws is not particularly large.

However, there are still three good reasons not to be sanguine about the effects of these laws. Firstly, although we know how many people get turned away because they don’t have the right ID, we don’t know how many potential voters never go the polling station in the first place because they expect to be turned away.

Thirdly, even if a voter ID law only suppresses turnout by 1% overall, it could still be argued that this is denying a hugely disproportionate share of the electorate a vote in relation to the numbers who – the evidence suggests – have actually engaged in electoral fraud. The possibility of taking the ability to vote away from any member of the electorate ought to be debated very seriously before it happens if democracy is not to be undermined.

The reason why this is potentially an intergenerational issue is that several of the research studies which found a relationship between strict voter ID laws and turnout suppression in the USA showed that younger voters were disproportionately affected by them.

Millennials are less likely to have driving licences than their older peers, and also the fact that many young adults change address frequently because they rent temporary accommodation makes it harder for them to keep their ID documents up-to-date. The Electoral Commission’s research also showed that awareness of the voter ID laws in the pilot local authorities varied significantly between different groups, with younger voters and those from black and minority ethnic backgrounds being less likely to know about the requirements.

This is important because the government’s proposed remedy to the problem of some people not having the right ID is to make a new form of photo ID available free of charge, but even if this idea does come to fruition it will not help those who don’t know about the new rules far enough in advance to apply for it.

Although proponents of voter ID laws argue that they are supposed to protect our democracy from fraud, it’s hard not to conclude that there is a serious danger that placing an additional bureaucratic hurdle between younger voters and the ballot box is likely to exacerbate the problems of low turnout among the youngest section of the electorate.