Recent data released by the ONS demonstrate that the population of people aged 90 and over is still growing, although at a slower rate than observed in the previous year. IF Junior Researcher Melissa Bui explores what this means for younger generations 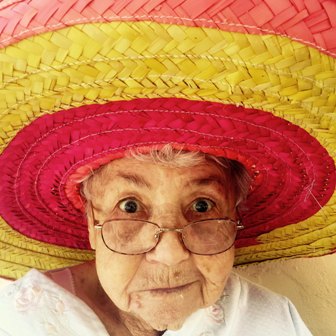 The number of people aged 100 or over, however, has decreased by 5% over this period because of  a low number of births during World War One. This trend is expected to be temporary – the number is projected to increase considerably as a result of the 45.5% upsurge in birth rates which occurred approximately nine months after the war.

Such news should be celebrated. It is an attestation to years of medical progress. From an intergenerational perspective, however, the bigger picture remains the same: more people are spending a larger proportion of their lives as net recipients of the welfare economy.

An increasing number of elderly citizens puts further strain on health and social care, housing, and state pension provision, and the burden of financing these growing costs falls on younger generations. As reported by the BBC in 2018, an 85-year-old costs the government five times more in health expenditure than a 30-year-old, and the current growth in NHS spending is not meeting the demands of an ageing population.

Older people are also more likely to under-occupy their homes than other age groups, partly because of a reluctance to part with ones’ local ties or because homes are now commonly seen as assets rather than places to live. According to Professor Meen of the University of Reading, around 60% of older households (defined as households where the head is aged 55 or over) are under-occupying their homes. This is an important factor in the inefficient allocation of housing in the UK, which contributes to sky-high house and rental prices and further delays younger people in getting onto the housing ladder.

How should we respond?

Part of the answer to this is “better than we are at present”. Current housing and pension policies prioritise the economic wellbeing of the retired population at the expense of younger generations, who are already struggling with stagnating wages and more irregular employment patterns.

In the interests of intergenerational fairness, the extra cost burdens of an ageing population should be compensated – and ideally by that segment of the population that is costing more.

A helpful place to begin would be to remove National Insurance Contributions (NIC) exemptions for people over the state pension age. In 2013, IF estimated the potential gain of £2 billion from collecting NICs from over-65s.

Another approach would be to reform Council Tax. This is based on property values that (in England at least) have not been adjusted since 1991 – despite huge and variable changes in house prices since then. Re-evaluations are likely in particular to increase taxes on large houses. This would provide economic incentives for older people living alone to downsize, releasing unused housing capacity onto housing market, and potentially inducing downward pressure on housing prices.

Keep up the debate

This article does not attempt to provide an extensive list of potential solutions to the problems posed by the ageing of the population. It merely aims to point out that although the population of the very old is growing at a slower rate, it is still growing. There is more that we could be doing to compensate younger people for the extra burden they are facing as a result.

While the exact methods through which further compensation should be delivered can be debated, it is important that this debate continues to take place, and leads to meaningful change.