With the strong likelihood of there being a general election between now and the end of the year, David Kingman argues that young people are at disproportionate risk of being unable to vote 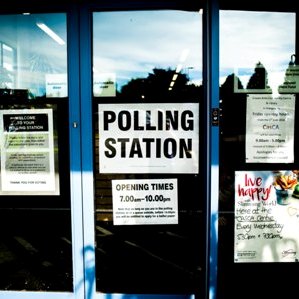 Unless you’ve been living under a rock for the past few months, you’re probably aware that many experts think there will be a snap general election at some point between now and the end of 2019.

It could well be the case that such an election would take place relatively quickly, only leaving time for an extremely condensed election campaign of just a few weeks. If that is the case then there will presumably be a very tight deadline for actually registering to vote, as this is usually set at a date that falls a couple of weeks before election day itself (in 2017 the deadline was 17 days before the election).

The fact that young adults are one of the demographic groups who are least likely to be registered to vote, owing to both lifestyle factors and recent changes to the electoral register which disproportionately affected them, it is imperative that as many young adults as possible are registered to vote before polling day if they want to be able to make their voices heard at this critical moment for UK politics.

Is a general election going to happen?

Although the UK wasn’t due to hold another general election until five years after the last one – i.e. until June 2022 – the current political impasse, in which Prime Minister Boris Johnson lacks a parliamentary majority and most of the non-Conservative MPs are united against his policy towards Brexit, is likely to be resolved only by going to the polls.

At the time when this post was being written, the odds of there being a UK general election before the end of 2019 had fallen to just 1/3 with UK betting company PaddyPower (i.e. bet three pounds to win a profit of just one pound). That translates into an implied probability of 75% that one will take place. However, there remains considerable uncertainty about the date when it will actually happen, which makes ensuring you are registered to vote ahead of time all the more pressing.

The feverish speculation that a general election was about to be called during the dramatic series of Brexit-related votes which took place in parliament on 3 and 4 September led to a surge in people who were previously unregistered registering to vote. According to official data, almost 200,000 new names were added to the electoral register in just 72 hours during the middle of that week, with half of them being under the age of 35. While you would normally expect to witness a surge in the number of new applications at around this time of year because of students registering at the beginning of the new academic year, experts who were quoted by the BBC said that this volume of new electoral registrations is still far greater than normal.

Young people in danger of missing out

However, despite the surge in new registrations, there is still a danger that large numbers of young adults who have not yet registered could miss out if they unwittingly fail to register themselves before the deadline.

There is a substantial amount of evidence which shows that young adults are one of the demographic groups whose members are least likely to be correctly registered to vote. Research by the charity Democracy Club shows that about 15% of eligible adults are not currently registered to vote, which means that about 7.5 million potential voters are thought to be unregistered (a figure which places the recent increase in new registrations of 200,000 mentioned above in context).

The reasons why young adults are disproportionately likely to be unregistered are complex. To some extent it may reflect a degree of apathy or disengagement on their part; there is certainly a general trend which is seen across most European countries for younger members of the electorate to be significantly less likely than their older counterparts to actually vote in elections, for example.

Of course, one could also look at this from the opposite perspective by arguing that the majority of politicians fail to communicate with young people in a way which makes them think politics is worth being interested in; as far as willingness to engage goes, there are definitely shortcomings on both sides of the divide between politicians and young people.

However, young adults also face structural barriers which make voting more complicated for them than it is for some other groups. The Democracy Club evidence cited above particularly emphasises the role which being geographically mobile can play in making it harder to engage with politics, which would apply to large numbers of both students and private renters:

“Fewer than two-thirds of private renters are registered. There is a strong correlation with length of residence and registration. A greater proportion of ethnic minorities and young people rent their homes.”

It is worth noting that for students it is legal be registered in two areas simultaneously, based on their home address and their university address (but it is a criminal offence to vote in both).

IF has previously written about how the government also reduced the number of young adults who are accurately registered to vote by introducing the transition to “Individual Electoral Registration” (IER) between June 2014 and December 2015. Before this change was introduced, electoral registration was undertaken at the household level, with the “head of household” providing the details required to register everyone who lived at a given address.

Following the introduction of IER, individuals are now required to register themselves; for the first time they need to provide proof of their eligibility to vote, including their National Insurance number, date of birth and name and address, so that these details can be checked against other official administrative databases to ensure that people are being truthful.

In fact, failure to register if requested to do so by a local authority could result in an £80 civil penalty. Notwithstanding, when the Electoral Commission itself examined the impact of this transition, they found that “there have been statistically significant drops in completeness among younger age groups and socio-demographic groups more associated with the young such as private renters and recent home movers.”

Of particular concern was the lack of completeness of the register for people who had lived at their present address for less than one year, only 27% of whom were registered correctly, a group which is likely to include large numbers of private renters.

While making sure you are registered to vote is, of course, the individual’s responsibility, there is a danger that a quickfire general election – in which potential voters wouldn’t have much time to check that they were registered correctly – could catch out many young adults, who will thus forfeit their right to vote.

So, if you haven’t yet registered to vote, do so now, via this website: www.registertovote.service.gov.uk/register-to-vote