Recently-released data from the Office for National Statistics (ONS) show that the birth rate in England and Wales has fallen to the lowest level ever recorded. David Kingman explores what this could mean for the UK’s ageing population 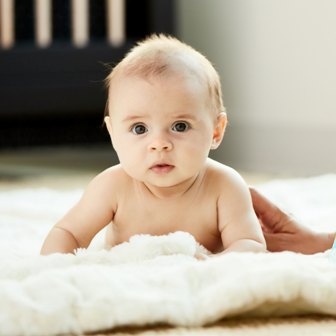 People in England and Wales are now having significantly fewer babies than they were just a few years ago, according to the latest data on birth rates from the ONS. This trend, which is mirrored in other developed countries, has significant implications for the overall age structure of the UK’s population, as it is likely to tip it towards ageing more rapidly than was previously projected. This article looks at what the latest data say and how these trends could influence the future of the UK.

What’s particularly striking about the new data from the ONS is that they indicate that a significant reversal has taken place in the fertility rate for England and Wales over the past decade.

The main measure which the ONS uses to track how many children people in England and Wales are having is the so-called “Total Fertility Rate” (TFR), which represents the total number of children which you would expect the average adult woman to produce over the whole of her lifetime. This is considered to be a more useful way of measuring fertility than simply looking at the total number of live births because it isn’t as affected by the number of women of child-bearing age who are currently in the population.

According to the latest ONS data, the TFR in England and Wales fell to 1.7 in 2018, which is the lowest it has been since 2001 when it fell to 1.63. The ONS does also measure what it calls the “Crude Birth Rate” – the number of live births per head of the population – although, as mentioned above, this number if affected by the size of the overall population, so it may tell us less about what’s actually going on with people’s fertility. Nevertheless, the Crude Birth Rate in England and Wales stood at 11.1 per 1000 people in 2018 (there were 657,076 live births), which is the lowest level since records began.

Although people are generally having many fewer children in England and Wales than they were during the famous Baby Boom which occurred between 1946 and 1964 (when we tended to get married at much younger ages, access to either contraceptives or abortion was vastly more restricted, and many fewer women either received higher education or had independent careers), fertility in England and Wales has fluctuated significantly over the past two decades.

As mentioned above, the TFR reached its nadir at the turn of the Millennium, which was really the low point of a decade of declining fertility that went back to the late 1980s. However, somewhat to the surprise of demographers, fertility in England and Wales then staged a comeback over the following ten years, with the TFR rising by about 18% between 2001 and 2012 to reach a high of 1.94.

Although this was partly due to high levels of immigration, because some groups of immigrant women tend to have more children than their native-born counterparts, fertility also increased among UK-born mothers as well.

While this was still nowhere near the peak it had reached at the height of the famous Baby Boom in 1964, when it was 2.93 children per woman, it was nevertheless the most it had been since the early 1970s. At the time, articles were being written about the UK’s early 21st century baby boom, and the unexpected influx of additional children and teenagers has posed challenges for the UK’s infrastructure, particularly over school places, which are still being resolved as the babies in this cohort enter their teenage years.

However, the decline since the 2012 high point for the TFR has been just as dramatic, with the total number of live births having fallen by about 10% and the TFR declining by 14%, reversing almost the whole of the gains seen since the beginning of this century.

The ONS data indicate that a broadly similar trend has been witnessed in many other European countries, including France and Austria, which suggests that wide-ranging demographic and economic forces are likely to be at play.

The Age of Ageing?

The level of fertility in the UK has always fluctuated quite dramatically from decade to decade in line with shifting medical, scientific, demographic, cultural and socio-economic catalysts. Although fertility in England and Wales has been very low by historical standards ever since the late 1970s, its fluctuations have still had big implications for government policy.

This could easily change again in the not-too-distant future, but it currently appears that we are heading into an era of low fertility even by modern standards. The most obvious impact that this will have is to accelerate the pace of population ageing even further. Another recent ONS data release showed that the UK’s population is relentlessly getting older.

The median age of the population is largely determined by trends in fertility on the one hand and mortality on the other; as long as they are both falling, the median age should continue creeping upwards.

Photo by The Honest Company on Unsplash: https://unsplash.com/@honest