According to a new study by Legal & General, the Bank of Mum and Dad is “one of the biggest mortgage lenders” in the UK. This finding has renewed concerns over whether parents will have adequate living standards in retirement. Melissa Bui, IF Junior Researcher, explains why, with the exception of poorer “lenders”, these types of intergenerational transfers are not fundamentally unfair and should be encouraged 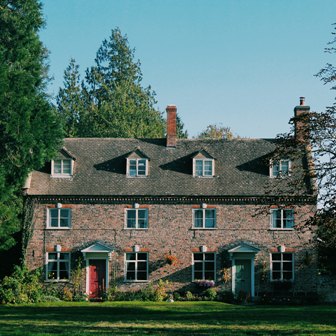 A recent poll of 1,600 parents has revealed that the value of lending from the Bank of Mum and Dad totals £6.3bn in 2019, according to Legal and General (L&G). This ranks parents as the 11th largest mortgage lender in the UK. On average, it amounts to £24,100 per person, which is a £6,000 increase from the previous year.

Much of the initial responses to these findings have expressed worry over the lower living standards that parents are accepting in order to make these transfers. But is a financial dependence on parents and the lowering of their living standards fundamentally unfair?

According to the study, parents are going to considerable lengths to be able to provide this financial assistance. It reports that 9% of lenders cashed in their pensions as a lump sum, 16% used equity release and 6% even opted to borrow more money for themselves.

For some, this affects their current or future living standards. According to the report, 15% of respondents said they had already accepted a lower standard of living, whilst 6% of lenders claim that they have chosen to delay their retirement.

Amidst increasing poverty rates amongst pensioners, these figures are raising concerns over whether parents are sacrificing too much. A policy paper published by Royal London in 2018 estimated that a pension pot of £260,000 is needed for homeowners to be able to afford a comfortable retirement. This would provide approximately £9,000 a year, in addition to the new state pension annual amount of £8,546.20.

But many parents are benefitting from unearned wealth

It should not be forgotten however that many parents are using housing, among other means, to as a savings vehicle. Research conducted by Savills in 2018 estimated that adults over the age of 50 own three-quarters of all housing wealth in the UK, the value of which totals to £2.8 trillion in equity. This value grows as house prices rise and this extra wealth has not been earned.

For young people, on the other hand, increasing house prices work against their favour as potential buyers. Sky-high prices leave them in greater mortgage debt and with less income to spend on other necessities. Private intergenerational transfers within the household can be considered a fair solution to these intergenerational inequalities.

Concerns could be somewhat justified if this form of lending adversely affects family relationships, but the L&G study suggests that this is not the case. According to the L&G, 38% of respondents stated that lending has not affected their relationship negatively, whilst 11% reported that it brought the family closer together.

So what’s the real story?

One point should take centre-stage in the public discourse: the L&G report does not fundamentally discourage intergenerational transfers. Rather, it aims to raise awareness about which families are drawing the short straw, specifically those who cannot afford to lend or who have to sacrifice a comfortable retirement to provide this financial assistance.

For young people whose parents cannot lend to them, their inability to get on the property ladder raises the amount that they would need to save to avoid an uncomfortable retirement themselves by a staggering £185,000. 26% of respondents to the L&G poll also reported feeling not confident about having enough money to live on in retirement. Alongside the generation that is “locked out” of the housing market, it is this 26% that we should be concerned about.

It should be noted, however, that these figures reflect respondents’ perceptions of income in retirement. If some lenders are basing their perceived ability to live comfortably on their disposable income, rather than their wealth, it can be debated whether they would be truly struggling. For instance, parents may have not considered or are unwilling to unlock the benefits from downsizing their (usually under-occupied) homes.

A recent report by Lloyds Bank found that a 40% of parents living in under-occupied homes won’t consider downsizing to a smaller home because of their strong local ties, despite the average windfall of £110,000 that this could bring. If this were true for some of the 26%, then some parents may own more wealth in retirement than they perceive.

It is important to consider these nuances when discussing intergenerational transfers. In many cases, parents are benefitting from unearned housing wealth. It can therefore be considered just that they are transferring some of this wealth to their children, who face an increasingly unwelcoming side of the housing market.

Nevertheless, efforts must be made to help parents and children who are suffering from an inability to lend or will be left with insufficient savings in retirement. For the solution to this, we should look for policy reforms that can help the individuals of both generations affected in this way.