Latest figures from the Office for National Statistics report a 24% increase in the number of stay-at-home young adults over the past decade. IF Junior Researcher, Melissa Bui, writes on how failing to address the core issues behind this development may turn key milestones into a distant dream for young adults within the next decade 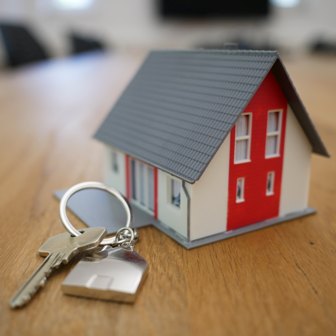 What began in the 2000s as a rising occurrence has become a chronic and worsening problem: in 2018, almost 3.4 million individuals aged between 20 and 34 years were living at home with their parents, according to the new data released by the Office for National Statistics (ONS). The figures demonstrate a 24% increase over the past decade, which approximately translates into one million additional young adults co-residing with their parents compared to 10 years ago.

Only part of this change can be explained by a growing population: the number of 20–34 year olds has only risen by 7.4% during this period. What might be driving young people’s decisions to continue living with their parents, and what consequences might this have on their living standards?

The evidence suggests that young people are struggling to afford to buy or rent houses. In 2017, an academic study found that higher local housing costs in Britain were associated with delays in young people’s departures from their parents’ homes.

More specifically, raising money for deposits appears to be the greatest hindrance for potential first-time buyers. A survey of 5,000 non-homeowners aged 18–40 in the UK revealed that 30% of respondents quoted high deposit requirements as the biggest barrier to their ability to purchase a home, whilst 40% were relying on an inheritance to boost their deposit. A similar proportion had also waited until after they had children to buy their first home.

It is therefore not surprising that the average age of a first-time buyer has increased from 25 to 33 over the past two decades. If trends in house prices were to continue under the status quo, homeownership may no longer be within a young person’s reach. The Santander report forecasts that in merely seven years, the proportion of 25–34 year olds on the property ladder will shrink to 26%, and that lucky quarter of young adults is likely to consist of individuals who are single, without children and from a wealthy family who can offer them financial support.

It’s not just about milestones

Nonetheless, the consequences of disproportionate housing costs span beyond reaching milestones at an older age. Higher levels of co-residence may be a symptom of the increasing constraints that young people face on their mobility. This would be particularly concerning if high rental prices are preventing low-paid workers from transitioning into higher-paid employment.

A different study by the ONS reports that geographical mobility is indeed correlated with higher wage progression. According to their analysis, transitioning out of low annual pay is significantly associated with moving residence, regardless of the distance moved. This is impossible if housing costs make moving prohibitive.

It appears that the consequences of inaction with regards to housing costs are most unforgiving for young adults. Thus, if we are striving for a reality where young people can easily transition into higher-paid employment and are not relying on family support to fulfil housing deposit requirements, then it is time for current policies to move away from the status quo.