Loneliness Awareness Week is currently taking place across the UK. This year’s theme is reducing the stigma around loneliness. IF Junior Researcher Melissa Bui assesses whether young people are indeed more connected, how this relates to their experiences of loneliness, and what is being done about it 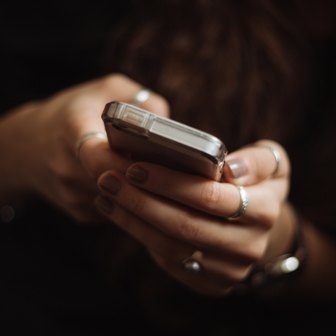 Loneliness Awareness Week, an initiative begun by the Marmalade Trust three years ago to reshape the national discourse on this issue, is taking place between 17 and 21 June 2019. Marking this year’s campaign is a focus on reducing the stigma associated with loneliness.

New initiatives to tackle loneliness have also been announced this week, including a £1.6 million fund to support community activities aiming to promote social connections.

But where does loneliness experienced by the younger generation fit into this conversation?

A growing body of research has supported the idea that experiences of loneliness are more common amongst younger people than among older generations.

Results from the BBC’s “The Loneliness Experiment”, a large online survey carried out in collaboration with the Wellcome Collection, indicated that 40% of 16–24 year-olds said they “often” or “very often” feel lonely compared with only 27% of over-75s. The online experiment gained over 55,000 responses online, making it the largest study of its kind.

The people who participated in the BBC’s research were a self-selected sample, which may mean that it was biased towards including more people who felt lonely, but a nationally representative survey sample of 10,000 UK adults used by an ONS study found that almost 10% of people aged 16–24 expressed feeling lonely “always or often” – three times higher than people aged over 65.

And yet loneliness is still typically seen as an issue primarily facing the elderly population.

According to the BBC survey, lonelier people did not use social media less often. Loneliness was more specifically connected with using social media to sustain friendships that rely completely on online interaction – or in other words “online-only” friends – rather than those formed in “real-life”. It is suggested that these online interactions may be compensating for a lack of connections offline.

Results from the 2018 IF Wellbeing Index demonstrate that, contrary to popular opinion, younger people are indeed struggling to maintain more valuable social connections. Young adults today were found to experience less social contact with their friends and family than two decades ago. According to the ONS, a lack of permanence or sense of belonging does matter for loneliness, making young renters who move frequently particularly vulnerable to feeling disconnected with their local community.

Other than the lack of social connections, what else might influence loneliness amongst the younger generation? Earlier this year IF briefly summarised the key research on loneliness, which suggested that neighbourhood characteristics potentially have a big influence on whether people feel lonely.

However, since then some new, nationally-representative research completed by academics at King’s College London has reached a different conclusion: they argued that it is actually young people’s perceptions of their neighbourhood characteristics that matter. Loneliness was not found to be related to living in areas which are urban, crowded, low-income or exhibit higher rates of crime. Rather, lonelier individuals were more likely to view their neighbourhoods more negatively, regardless of their objective characteristics.

The causes of loneliness among young adults remains a big area of ongoing debate in which much has yet to be learned, although it is apparent that the causes which are often attributed to loneliness – such as the growing influence of social media – are not necessarily the ones that are supported by the evidence.

As loneliness has been found to lead to premature death and match the effect of smoking 15 cigarettes a day, the disproportionate experience of loneliness amongst younger people is difficult to ignore.

Earlier this week, the government revealed its most recent initiative aimed at tackling loneliness, with a focus on reducing stigma and improving people’s social connections. As part of the government’s Loneliness Strategy, Loneliness Minister Mims Davies launched a new “Let’s Talk Loneliness” campaign. The campaign aims to normalise loneliness through scheduled adverts for the campaign, as well as spreading stories about young people’s experiences of loneliness in a short film.

Also new this week are the announcements that the government will be partnering with the Co-op Foundation to invest £1.6 million in supporting community initiatives that promote social connections (as mentioned above) and £1 million in the “Tech to Connect Challenge Prize”. The second project, which will be designed and delivered by the charitable foundation Nesta, will reward the best tech solutions produced to tackle the problem of social isolation.

Could more be done?

While these initiatives are a step forward in the sense that they show more concern for the younger generation, wider policy discussions still concentrate on how loneliness can be relieved for older populations.

It is important that consideration of how loneliness impacts the younger generation is not limited to Loneliness Awareness Week; intergenerational analysis should always be raised in wider policy discussions about this important issue, which has implications for the whole spectrum of society.