The recently-launched interim report from the All Party Parliamentary Group on Social Integration drew heavily on IF’s analysis of age segregation in England and Wales. David Kingman looks at what conclusions they reached about how to combat the lack of integration between different generations 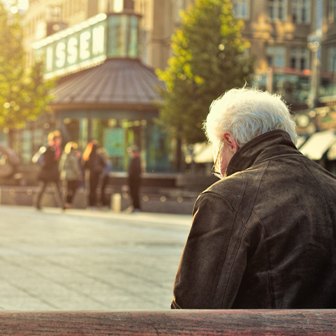 The All Party Parliamentary Group (APPG) on Social Integration recently published the interim report from its inquiry into the lack of social integration between people of different generations.

The mission of this group, formed by MPs and members of the House of Lords, is to “drive forward a cross-party conversation on policy solutions to break down barriers to integration and create opportunities for people from all walks of life to build bonds of trust”.

The inquiry is highly relevant to one of the strands of IF’s research agenda, as we have previously analysed the growth of age segregation in England and Wales over the past two decades. The APPG’s interim report drew heavily on our work in this area.

What did their report reveal about the state of social integration between different generations?

Healing the Generational Divide, the APPG’s interim report on Intergenerational Connection, opens with a stark reminder about the extent of differences between the different generations in Britain today.

Chuka Umunna, the MP for Streatham and Chair of the APPG on Social Integration, warned that age was one of the most accurate demographic predictors of which side someone voted for at both the 2016 referendum on Britain’s membership of the EU and the 2017 general election.

He also cited polling by YouGov from December 2017 which suggested that “more than one in four Leave voters of retirement age believed lower wages for the next generation was a price worth paying for exiting the EU, while one in four Remain voters aged 18–34 would have accepted pension reductions for older people if it meant Brexit was halted.”

As many other analysts have done, the APPG on Social Integration traced the origins of these differences back to variations in levels of education between the people who make up different generations, or to generation-on-generation shifts in social attitudes.

But there was another aspect of their work that made it particularly original. They argued that some of the explanation lies in the major changes in how often (or rarely) members of different generations come into contact with each other. These are changes that have occurred in Britain over the last few decades.

During the APPG on Social Integration’s public call for evidence, IF responded by submitting to them the findings from Generations Apart? The growth of age segregation in England and Wales. This is was IF’s major 2016 research report (partly funded by Legal & General PLC), which analysed the rise in spatial segregation between people who belong to different age groups in England and Wales.

We originally undertook our research into age segregation because we wanted to investigate whether the ageing of the UK’s population – which has been accompanied by other major changes in where and how people live, such as rapidly rising house prices and the growing pre-eminence of London and other major cities as Britain’s economy has become more service-based – has resulted in people of different ages becoming more likely to live in different regions of the country.

By comparing small area population data which was derived from the 1991, 2001 and 2011 censuses, and also data from the 2015-based ONS national population projections to ensure that our findings were as up-to-date as possible, we made some striking discoveries.

Secondly, by looking at shifts in the median age of the population living in individual neighbourhoods within the big cities in England and Wales, we also discovered that there has been a striking trend towards the population living near the middle of cities getting younger throughout this period, while more suburban and peripheral urban neighbourhoods have generally been getting older.

Thirdly, the average child (who we defined as someone that was under the age of 15) who lives in a large city in England and Wales now lives in a neighbourhood in which less than 5% of the population is aged 65 and over. This is a vivid demonstration of the extent to which different generations tend to live in very different types of place.

Our research into age segregation contained a stark warning that this phenomenon deserved to receive more attention from policy-makers, because rising age segregation, if left unmodified, threatens to

This last point relates to the fact that our electoral politics is inherently geographical, and people who belong to different generations tend to hold different views about important subjects (as the quote from Chuka Umunna above indicates).

IF is pleased that, with the launch of this APPG inquiry, policy-makers appear to be starting to give this issue some serious attention.

During the course of the APPG’s deliberations for this inquiry, we were asked to give oral evidence about our research to them in person, and quotations from our research appear in several places within their report.

The interim report which they eventually produced echoes many of our warnings about the potentially deleterious social consequences of allowing the UK to become increasingly segregated by age. It makes a strong argument that segregation on the basis of age deserves to receive as much attention as other forms of social segregation, such as that which occurs around differences in socio-economic background or ethnicity – which have traditionally been treated as more urgent problems.

Just as we did in our report, the APPG on Social Integration claimed that you can trace the fall in social integration between the members of different generations back to the general decline in mass-membership social organisations which has occurred since the 1950s and 60s, such as religious institutions, political parties, trade unions, working men’s clubs and so on. These provided places where large numbers of people of different ages and from different social backgrounds could socialise together in a way that has become far less common in the modern era.

They also drew attention to the decline in what the report’s authors call “shared spaces” – libraries, community centres, and independent local shops – due to both public sector austerity and also the big shifts that have taken place in how people generally shop and socialise.

The report also highlights quite small behaviour changes that may end up having a big impact on the number of interactions between people of different generations. The increasing ubiquity of personal technology, especially among younger people, came in for some criticism within the report, particularly the tendency for the majority of people to wear headphones whenever they go out in public.

The members of the APPG made a large number of recommendations which are designed to increase the interactions between people who belong to different generations, many of which are aimed at public sector bodies, such as altering planning policy to try and create more mixed-aged neighbourhoods.

Overall, it is useful that an impressive group of Westminster policy-makers is interested in looking at this issue, but it remains to be seen whether the trend towards greater age segregation can be reversed given the major social changes which have created it in the first place.