The hustings to be the next leader of the Conservative Party – and Prime Minister – have so far been dominated by the candidates’ differing views on Brexit. But with the funding crisis in English social care showing no signs of abating, the next occupant of Number 10 Downing Street may also have to try and implement far-reaching reforms if they want to prevent the English social care system coming apart at the seams 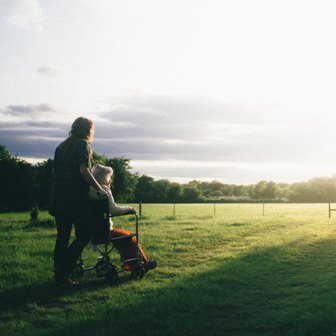 Throughout the years since the Intergenerational Foundation (IF) was founded in 2011, reforming the adult social care system in England has remained one of the key intergenerational policy issues that has never been satisfactorily addressed.

The central problem facing policy-makers can be described in one sentence. The UK’s population is ageing rapidly, which is leading to greater demand for old-age social care from frail elderly people who require assistance with the tasks of daily life, yet there is no consensus about how the supply of additional social care should be either provided or funded.

The problems have been apparent for some time. Over the last two decades a series of expert-led policy reviews, commissions and inquiries into social care reform have come and gone, yet governments of both left and right have seemed incapable of acting decisively in response to their recommendations.

Social care reform is one of the key intergenerational challenges in contemporary Britain, as the failings of the current system impose costs upon the NHS and wider society which are borne by younger taxpayers.

Younger adults are also harmed by the mental and emotional toil of needing to support their older relatives either by navigating the complexities of the current system, or by actually providing unpaid social support themselves when the state is unable to do so.

And of course, today’s young adults are set to enjoy unprecedented longevity themselves, so there needs to be a sustainable model for old-age social care in existence when their turn comes to rely on it.

Why has it taken so long for policy-makers to do anything, and are things likely to change in the near future?

Numerous reports in recent years have argued that the adult social care system in England has come under increasing strain from a combination of rising demand and diminishing resources with which to meet it.

It is very complicated to estimate how much additional funding the old-age social care system would need in order to work more effectively (as this is tied to fundamental questions about the quantity and quality of social care which it is right for the state to provide). Notwithstanding, the Local Government Association estimates that adult social care services face a £1.5 billion funding gap between supply and demand in 2019/20, which they forecast will rise to a £3.5 billion gap by 2024/25.

What we do know for sure is that the number of people who are receiving state-funded social care has fallen dramatically since 2010, despite the growing number of older people who have care needs, due to a combination of stricter means-testing and the targeting of services towards older people with the most severe needs as local authority budgets have been cut back.

The cost of care

Although the public at large appears not to be particularly aware of this, old-age social care has always been strictly means-tested in England, and thus stands in sharp contrast to the NHS, which is free at the point of use. Now more than ever, the two services are commissioned and provided in very different ways.

Whereas the NHS is funded directly by central government through the Department of Health and most NHS services are provided by the public sector, social care services are commissioned by local councils, with most of old-age care homes and care agencies belonging to the private sector (and are thus subject to the exigency of remaining profitable).

Notwithstanding its cost, the quality of the care appears to be highly variable. The Care Quality Commission (CQC, the body charged by the government with rating care providers in England) has found that one in five care homes was either “inadequate” or in “need of improvement” (the two lowest levels in its ranking system) last year – although it’s worth pointing out that some experts are critical of the system which the CQC uses to assess care homes.

Critics of the current way in which the system is organised frequently argue that it generates huge unfairness because it means that people who suffer from chronic, ageing-related health problems, such as dementia and Parkinson’s disease, are largely expected to pay for their own care (which can run into the tens of thousands if they need long-term residential care), whereas those who have other serious conditions which are treated by the NHS, such as cancer, can receive virtually all of their treatment for free.

While there is widespread agreement that the old-age social care system in England needs additional funding, finding a way of providing it which is both economically efficient and politically possible has been the rock on which most previous attempts to reform the system have foundered.

This was demonstrated starkly at the 2017 general election, when Theresa May’s proposal to generate additional funding was labelled the “dementia tax” by her political rivals and is believed to have contributed to the party losing its majority.

The notion of making the people who need old-age social care pay for it themselves – even if it potentially consumes every last penny in their estate – has consistently proved unpopular with voters, who appear to regard such a proposal as an unfair tax on people who’ve saved judiciously throughout their working lives to be able to pass on wealth to their children.

An alternative would be to cap the total amount that a person could be expected to contribute, with the state stepping in to pay for the rest. But this would imply a regressive transfer of wealth from poorer, younger taxpayers towards wealthier older people and their families (or, to put that another way, helping the wealthiest share of older people to pass on more money to their families).

One possible solution would be to copy the approach which has been taken by both Germany and Japan and introduce a specific, hypothecated tax surcharge on middle-aged and older people to pay for social care – although this would almost certainly still be branded a tax rise by critics.

Following the 2017 general election, the government announced that it would propose a new solution to the problem in a forthcoming Green Paper, but this has never materialised and now seems unlikely to do so until a new Conservative Party Leader is in place.

Whoever this is, he or she will need to be willing to find bold solutions to the social care funding crisis, otherwise it will only grow more acute on their watch.