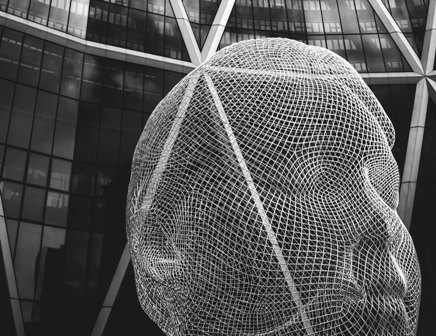 IF has a long-standing concern that mental ill-health is increasingly becoming an intergenerational fairness issue. We ran our own mental health blog week earlier this year (4–8 February: see the opening blog post here), drawing a strong response from the visitors to our website – which demonstrates the growing salience of this issue among the general public.

What do we mean by mental ill-health? Using the definition of mental health which is employed by the World Health Organization as “a state of well-being in which every individual realizes his or her own potential, can cope with the normal stresses of life, can work productively and fruitfully, and is able to make a contribution to her or his community”, we think there is evidence to suggest that many young people are not able to satisfy all of these important criteria.

This strongly suggests that, although large numbers of young people are suffering from mental health difficulties, there is a lack of appropriate care and intervention being provided for them by the NHS.

Last year an alarming report from the Education Policy Institute drew attention to the apparent lack of appropriate care which is being provided for young people experiencing mental health problems within the NHS. It suggested that there are wide variations between different areas of the country in how easy it is for young people to access Children and Adolescent Mental Health Services (CAMHS), and in some places large numbers of young people were rejected for treatment despite evincing serious symptoms of mental ill-health, including having self-harmed.

Recent evidence published to coincide with Mental Health Awareness Week demonstrates that there is huge variation in the resources that are provided for mental health services between different areas of the country, with the areas where it is best-resourced spending almost twice as much money on mental health services per capita as those where it is the least well-resourced.

There is also another well-known problem which affects young people’s mental health services: the so-called “cliff edge”, which tends to occur when a patient reaches the age of 18 and ceases to be eligible for CAMHS, even though the ongoing nature of many mental health disorders means that strong continuity of care is very beneficial. The BBC published a video to mark Mental Health Awareness Week which reveals some young people’s personal experiences of navigating the transfer from CAMHS in stark detail.

As there is clear evidence that mental ill-health has a number of negative knock-on effects for the rest of society – it leads to more problems with physical health, addiction, crime and worklessness – it seems likely that making appropriate interventions to try to help young people who may be struggling at an early age would yield a very positive return on the public money invested over the long term.

Although there has been a welcome improvement in the amount of attention which NHS policy-makers appear to be giving to mental health services in general, and those which are aimed at younger people in particular, most notably The Five Year Forward View for Mental Health, it is very important to ensure that these ideals actually translate into improved outcomes for patients and that the momentum surrounding the agenda of improving mental health treatment doesn’t run out of steam before it has started to produce results.

Mental Health Awareness Week is aimed at trying to help people who may be struggling with their mental health, while also drawing the attention of policy-makers and health service providers to the issue.

Evidence from previous research has demonstrated that being dissatisfied with your body image is associated with the risk of having a lower overall quality of life, developing a psychological disorder, and particularly developing an eating disorder.

The Mental Health Foundation commissioned a survey in March 2019 of 4,505 UK adults and 1,118 teenagers (aged 13–19) across Great Britain. The results showed that in the last year one in five adults (20%) felt “shame”, just over one-third (34%) felt “down or low”, and 19% felt “disgusted” because of their body image, which indicates that this is an area of mental ill-health that many people in the UK struggle with.

The Mental Health Foundation has proposed a list of policy recommendations which they hope will lead to more people having a more positive image of their own bodies, including changes to the upcoming Online Harms white paper, which can be seen at the end of the report linked to above.

A variety of events will take place to mark Mental Health Awareness Week, which can be found using the Mental Health Foundation’s online map.

Mental ill-health is clearly one of the most talked-about issues of the present moment, and there is still much work to be done to investigate what its causes are and how it can be treated more effectively, especially amongst younger people who risk being blighted for life if mental health problems become entrenched at a young age.

Mental Health Awareness Week is an excellent initiative for drawing more attention towards these problems, and will hopefully lead to some positive long-term changes.