In advance of the 2019 local elections, which are taking place in England and Northern Ireland on Thursday 2 May, David Kingman looks at the reasons why younger people are so poorly represented among local councillors 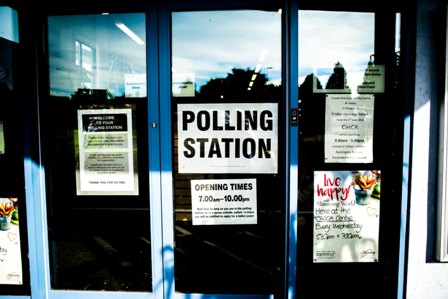 Amid the relentless political brouhaha surrounding the UK’s Brexit negotiations, it’s easy to overlook the fact that most of our political system has still been carrying on as normal. Something important which seems to have received especially little coverage in the media is that there are going to be local elections on Thursday 2 May across most of England (although not in London) and almost all of Northern Ireland.

Altogether, almost 9,000 political representatives are due to be elected, who will be responsible for representing their constituents’ interests in relation to a vast swathe of hugely important local issues, including housing, planning, social care, rubbish disposal, schools and local economic development.

Although local politics is often characterised as the poor relation of what goes on in Westminster, there are numerous ways in which the decisions that local councils take influence the lives of their local residents. This means that it is every bit as important for local councillors to be as representative of the people who elect them as it is for MPs, but, unfortunately, there is a wealth of data to suggest that local councillors are especially unrepresentative of the wider population.

This is particularly the case with regard to the age profile of local councillors, which is significantly older than that of general population.

So why don’t we have more young councillors?

Politics in general is often accused of being excessively dominated by wealthy older white men from privileged backgrounds, who are sometimes caricatured as “male, pale and stale”.

Every few years, the Local Government Association (LGA) – a membership organisation for people who work in local authorities – undertakes a census of local councillors. The most recent one was carried out in 2018 and involved all 17,770 councillors in England being sent an online questionnaire, to which 2,627 councillors responded. Although this was only a response rate of 15%, it was sufficiently large to enable statistically robust estimates to be produced.

Even more striking is the age profile of local councillors. Altogether, just 15% of local councillors are under the age of 45, whereas 43% are aged 65 or over. The average age of a local councillor in England is currently 59, and 45% of them are retired, with just 26% working in full-time or part-time employment. Given that 44.6% of England’s population is aged under 45, this means that young people are vastly underrepresented.

It’s important to remember that pointing out that English councillors are extremely unrepresentative as a group should not be taken as a criticism of any of the individuals who choose to become councillors, the vast majority of whom work extremely hard to be good representatives for their local communities.

However, there are strong arguments as to why we ought to be worried about how unrepresentative local councillors have become as a group.

First and foremost, as we should all know by now, age has become the new dividing line in British politics: at the 2017 general election someone’s age was the single most accurate predictor of which party they would vote for.

This demonstrates that people who belong to different generations tend to have very different views on a wide range of important policy issues, from Brexit to protecting the environment. If younger people are effectively being excluded from serving as local councillors, then their views are much less likely to be represented in the important policy debates which local councillors take part in.

This is especially the case with issues that relate to the subject of housing and planning, because older councillors are much more likely to be owner-occupiers and thus they are unlikely to have recent direct personal experience of the problems affecting Britain’s housing market for young people.

Secondly, it is likely to contribute to young people’s disengagement from local politics if none of the people who are involved in it either look or sound like them. Given that the public as a whole is woefully disengaged from participating in local elections, it is likely that people would be more inclined to participate if they felt that local politicians are in some way similar to them, rather than representing some kind of local elite.

Thirdly, the underrepresentation of young people among local councillors means that both local councils and political parties (for whom local councillors are an important source of potential candidates to become MPs in the future) miss out on the energy, new ideas and diversity of perspectives which involving younger people in local decision-making could bring to them.

Where have all the young local councillors gone?

So what are the barriers which prevent younger people from becoming local councillors in the first place?

It’s impossible to have this debate without talking about money, which opens up a larger set of questions about how local councillors should be rewarded for the time they give to public life.

Local councillors in England don’t receive an official salary, but each local authority has its own system for granting them an allowance which is meant to compensate them for giving up their time to work on political business; this allowance can be anything between almost nothing and around £20,000 per year, with councillors who take on additional responsibilities such as becoming Council Leader getting more.

However, research has shown that this system creates big inequalities between individual councillors and councillors serving on different councils, and because these allowances usually have to be claimed by the councillors themselves, many are supposedly reluctant to do so for fear of receiving negative media coverage.

At present, most local councillors are rewarded as though councillors are just volunteers, when in reality it is more like a part-time job (or even a full-time job for some of them); the LGA census showed that the average councillor does 22 hours of work per week related to their council duties. Therefore, it is unsurprising that so many councillors are retirees who presumably have alternative sources of income which they can rely on, while younger people – who may already be juggling work and parental responsibility – predominantly don’t get involved.

A few years ago, a parliamentary select committee recommended that the remuneration of local councillors ought to be reviewed, partly to make it easier for younger people to serve on councils, but this suggestion still hasn’t gone anywhere as of 2019. On one level, this is perfectly understandable in the context of widespread hostility towards the political class among the electorate, but it does also demonstrate that one of the problems with not paying political representatives properly is that the ability to become a politician is limited to people who have independent financial means.

IF would like as many young people as possible turn out to vote in the local elections on 2 May so that they can make their voices heard in local decision-making; but when so few of the people who will be campaigning for their votes look or sound like them, we certainly shouldn’t be surprised if large numbers continue to stay away.