A range of evidence shows that children are becoming increasingly likely to live in the private rented sector, even though most young people say they would prefer to put off having children until they can afford to own their own place. David Kingman looks at what impact this could have on intergenerational fairness 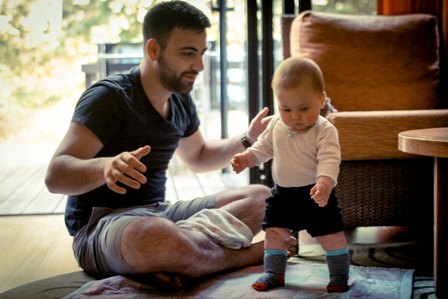 One of the features of the UK’s housing crisis which probably receives less attention than it deserves is the fact that it has led to a dramatic rise in the number of children who are growing up in the private rented sector. A recent research report from the insurance firm Royal London argued that, in the author’s words, “Generation Rent” is rapidly becoming “Generation Parent”, as the number of families with children who are living in the private rented sector has almost doubled over the past 10 years.

This massive shift in the living arrangements of the typical family with young children could have a number of significant implications for intergenerational fairness, yet it has so far received relatively little discussion in the media and among policy-makers. The rest of this article will look at what we know about children living in private rented accommodation and the consequences which it could have in the future.

According to a survey which was published by the Halifax Building Society in 2013, 47% of non-homeowners aged 20–45 believed that it wasn’t the right thing to do to begin having children before they had got on the housing ladder. However, data from the English Housing Survey show that this is not an accurate reflection of how young adults are actually behaving: whereas in 2003/04, there were 566,000 households with dependent children living in the private rented sector in England (29% of the total), in 2017/18 this had risen to 1.57 million (35% of the total).

This reflects a broader pattern which was highlighted recent publication by the Office for National Statistics (ONS) on how life milestones have changed since the late 1990s: they showed that although the youngest age at which over 50% of the population have become owner-occupiers rose from 26 to 34 between 1997 and 2007, the average age of first-time motherhood only rose from 27 to 29. In other words, this illustrates that whereas it was the case that the average person probably became an owner-occupier before having children two decades ago, now they are much more likely to have children first (and a smaller proportion of them are likely to become owner-occupiers overall).

This was borne out by the Royal London research (if you’ll pardon the pun), which showed that in 2003/04, only about a third of newborn babies were being born to parents who rented their main accommodation rather than owning it, but in 2016/17 this figure had risen to over 50%; interestingly, the Royal London researchers believe that this is probably the first time this has been the case since the 1960s, which shows how dramatically the living arrangements of families with young children have changed in recent years.

The obvious question which this finding inspires is, should we be worried about the growing number of children who are being raised in the private rented sector? Given the lack of attention that it has received from policy-makers, I would suggest that we should be for the following reasons:

Firstly, recent evidence suggests that housing costs are playing a crucial role in pushing more children in working families beneath the official poverty line. The latest data from the government’s Households Below Average Income publication showed that a record number of children (2.9 million) in working families are now officially classed as being below the poverty line, with the National Housing Federation (NHF) estimating that 193,000 children have been pushed below the threshold specifically by rising housing costs since 2010.

More broadly, given that we know from the English Housing Survey that renting households spend a much higher proportion of their incomes on housing costs than owner-occupiers do on average – 33%  compared with 17% – it’s no surprise that renters who have children are likely to be stretching their incomes in order keep a roof over their heads. You would also expect this to push home-ownership even further out of reach for many of them, which could lead to a larger cohort of people heading into old-age while they are still renting privately.

Secondly, there is also much evidence to suggest that rented accommodation provides a worse environment in which to raise children than that which is owner-occupied. Again, the English Housing Survey tells us that a higher proportion of private rented properties fail the Decent Homes Standard than in any other tenure, while private rental accommodation is also significantly more likely to be overcrowded (although the proportion of properties which are overcrowded across all tenures is relatively low).

Thirdly, bringing up children within the private rented sector also introduces a high degree of instability into their lives, which you would expect to have a negative impact on children’s development. In 2013/14, 25% of private renters moved house, compared to only 5% of social renters and 3% of owner-occupiers; 29% had moved three or more times in the previous five years (which rose to 37% in London). This is likely to disrupt children’s schooling and prevents families from forming strong social networks within their local communities.

The reason why renting privately in England is so unstable is because tenants enjoy virtually zero legal protection from being evicted if they are renting under the Assured Shorthold Tenancy (AST) agreements which predominate within the private rented sector, which usually last for either 6 or 12 months. Landlords are free to increase the rent each time an AST gets renewed, and can seek a court order to have a tenant evicted for no legal reason (even if the tenant isn’t in rent arrears) as long as they have lived in the property for a total of more than six months. This is completely different to the situation in Ireland and most other European countries which have large private rented sectors, where tenants enjoy greater protection from eviction.

These criticisms of bringing up children in the private rented sector do point to some fairly obvious reforms which the government could introduce if it wanted to help parents who are in this position. Most importantly, they could reform the AST system so that longer, more stable tenancies become the norm, and do more to enforce housing standards within the private rented sector.

Given that the proportion of the UK’s children who are living in the private rented sector is likely to carry on rising, there is a strong case for policy-makers doing more to try and ensure they get the best start in life.