Adulthood has traditionally been marked by the achievement of a series of milestones, such as getting a job, owning a home and starting a family. But are Millennials achieving these milestones at later ages than previous generations? David Kingman examines the latest evidence 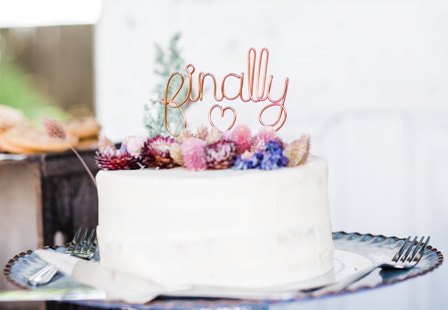 What makes someone an adult in contemporary Britain? Although most people tend to think adulthood begins at 18, the reality is somewhat more complicated. While it is true that you gain a wide range of legal responsibilities for the first time when you turn 18, there are certain aspects of maturity which begin before long before this age – perhaps most notably, you can be held legally responsible for committing a crime from the age of 10 onwards in England and Wales, which is one of the lowest ages of criminal responsibility of any developed country.

By the same token, although you might legally be an adult from the age of 18 onwards, it can be argued that adulthood doesn’t truly begin until you have passed a number of milestones which represent the gradual accretion of both genuine independence and having larger responsibilities towards both yourself and others. Historically, passing through life stages such as becoming economically independent, buying your own home, getting married and starting a family have been seen as some of the most important life stages on the road to maturity.

It is frequently observed that the Millennial generation, as a cohort, is taking significantly longer to reach these milestones than was the case among previous generations; indeed, some researchers in America last year argued that adolescence now lasts until the age of 24 on average. Frequently, this idea is used to criticise members of this generation for being immature and relying excessively upon their parents’ support for longer than was considered normal among previous cohorts.

Is there evidence to suggest that this is what’s been happening in the UK as well? The ONS recently released a dataset which attempted to answer this question by measuring the mean ages at which over half of the population had crossed specific adult milestones, such as marrying or having children. Here are three interesting facts which cast a light on the typical person’s journey between childhood and being an adult:

1. People start their working lives younger than you might think

Commentators often argue that Millennials are taking longer to grow up than was generally assumed to be the case for previous generations because so many of them now attend university (and an increasing proportion go on to study for higher degrees as well), which means that they tend to begin their working lives a few years later than was the case for previous cohorts, and thus take longer to build up wealth and begin being financially independent.

However, the ONS data show that while the average age at which people leave education has risen over the past 20 years, it’s still the case that over 50% of 19 year-olds are working full time (the earliest age at which this is the case).

Of course, this is because it’s only about a third of 18 year-olds who actually go on to university each year, despite the enormous increase in the number of university students which has occurred in the past few decades. In 1998, the average age at which people left full-time education was 17.8 years, whereas it’s now 19.3 years – although women remain in education for an extra year-and-a-half in comparison with men, and this gender gap is widening.

2. The ages at which we achieve life’s big milestones are becoming more spread out

One of the most interesting observations within this ONS dataset is that the ages at which young adults typically achieve key adult milestones have become much more spread out than they were about 20 years ago, which could be because young adults are becoming more heterogeneous as a group.

According to these ONS data, in 1997, there was relatively little difference between (a) the earliest ages at which over 50% of the population was living with a romantic partner (about 27 for both men and women), (b) the average age of a first-time mum (27), (c) the average age of a first marriage (27 for a woman and 30 for a man) and (d) the youngest age at which over 50% of the population were home-owners (26). Indeed, you could almost make the argument that 27, rather than 18, was really the age at which adulthood could be said to begin on a number of important metrics.

About 20 years later, although the average ages at which most of these things occur has gone up, they have done so at different rates – which means there are now bigger gaps between when they tend to happen.

The ONS data show that the age at which over half of young adults are living with a romantic partner has not actually changed compared with 20 years ago, but the average age of a first-time mother has risen by two years, to 29; the average age of a first wedding has risen by about three years for men and four years for women; and, most dramatically of all, the earliest age at which over 50% of people own their own property has increased to 34 (i.e. it’s gone up by 8 years).

In other words, although young adults are just as likely to be living as a couple as they were 20 years ago, they are much more likely to be unmarried and to be renting their accommodation rather than owning it; and they are likely to wait longer before having children.

Although the ONS data only provide average figures, it would be interesting to see whether these average ages have become more or less unequal throughout this period. For example, in America it has been very clearly demonstrated that one of the consequences of the expansion of higher education, and particularly the increase in the number of women who go to university, has been a greater divergence between the fertility rates of women with different levels of education. Basically, women who don’t go to university tend to start having children earlier and have more of them in total, whereas university-educated women do the opposite. This means that the dispersion of ages at which different types of women have children has widened, making the average figure a less useful guide to how social norms are really changing. Similar patterns could also be true for rates of marriage and home-ownership, although these data don’t allow us to find that out.

Related to the above point, it is true that Millennials are living with their parents for longer than was the case among previous generations. Interestingly, the ONS data demonstrate that there is quite an important gender divide when it comes to this issue: in 2017, 37% of men aged 17–34 lived with their parents, compared with 26% of women in the same age group.

This may be due to both the fact that women outperform men in the education system and may be earning more than men earlier on in their careers (although male earnings tend to overtake females ones as they get older), and the fact that women still tend to marry at slightly younger ages (as explained above). Living with parents is now the most common living arrangement for adults aged 17–34, with almost a third of people in this age group doing so (and, looking beyond the mean value, this figure is higher for men and presumably higher in more expensive property markets, such as London, as well).