Are governing bodies demonstrating that they are heeding calls for pay restraint in the higher education sector? Liz Emerson, IF Co-founder, investigates 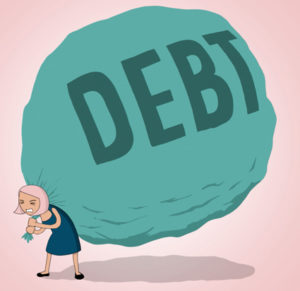 One of the highest paid vice-chancellors retired early from his £426,000 a year position at the University of Southampton last October. Just this week, another vice-chancellor also stepped down from his £350,000 a year Leicester De Montford University position. It was hoped that as vice-chancellor vacancies appear, governing boards would take the opportunity to put the brakes on what is widely considered to be out-of-control and out-of-touch salary inflation. The question is whether calls for pay restraint have had any effect, with the first annual reporting on vice-chancellor pay from the Office for Students (OFS) just last week.

Rather than learning lessons from last year’s extensive reputation-damaging media and public scrutiny of “fat cat” VC remuneration, it appears that pay for senior leaders, rather than decreasing in 2017/18, has actually gone up. While Bath University may have learnt its lesson from the “Breakwell debacle” by reducing its vice-chancellor pay from a shocking £468,000 to a still high £266,000, many higher education institutions’ remuneration committees are still involved in an “escalator effect”. According to the FT, five of England’s higher education providers paid their heads more than £500,000 in 2017/18.

Why is this happening?

Historically, remuneration committees would monitor the performance of senior leaders against targets and set rewards (often linking pay to rising tuition fees) with the vice-chancellor included in the discussion but staff and students excluded. The vice-chancellor would leave the room when their own pay was discussed but a “chum” effect no doubt put pressure on colleagues to rubber stamp a pay increase request. These lavish pay and perks awards led to a national outcry in 2018, with pages of editorial dedicated to calling out the profligacy of senior leaders feeding off the marketisation of higher education and the tripling of tuition fees foisted on the young.

Thanks to the introduction of a new code, vice-chancellors cannot be members of remuneration committees going forward. But, according to university insiders, there is yet another problem due to the use of “benchmarking data from the sector by remuneration committees” which means that remuneration committees are likely to be under pressure to match pay offered by other institutions. This inevitably leads to further pay inflation rather than a sector-wide recognition that pay levels of senior leaders have simply gone too far.

The Office for Students (OFS), the newly-established regulator of higher education, which has a “duty to promote value for money”, prides itself on being on the side of students. But, in its first reporting on vice-chancellor pay last week, it has been accused by the University and College Union (UCU) of being “lightweight” because it has done nothing to hold senior leaders and their remuneration committees to account. The OFS insists that “It is not for the Office for Students to set a vice-chancellor’s pay.” If not the OFS then who?

So, where does that leave VC pay?

For the many impoverished students struggling to get by on maintenance loans that are simply not high enough to cover their basic living costs, and the many junior academic staff working on zero-hours contracts, this new annual reporting will do nothing to improve the perception of higher education establishments being run by unaccountable mandarins giving themselves “excessive and arbitrary rises”.

The Augar Review could have included vice-chancellor pay as part its review of higher education finance by imposing regulations to prevent a football-esque “transfer” market, as encouraged by the likes of Oxford’s vice-chancellor, Louise Richardson. Instead the focus is on “teaching” and “outcomes”, with average university vice-chancellor pay now above £250,000 for the first time, according to The Telegraph.

Where does that leave students?

Students, on the other hand, are facing unprecedented levels of university debt, interest rates that are four times higher than the bank base rate, and 30 years of repaying 9% of salary if earning over the current annual income threshold of £25,000 per year – all for, in many cases, less than eight hours of lecture contact time a week.

Unless parents, students, policy-makers, junior academics, and unions come together to criticise these bloated pay packets, it seems the heavy criticism this year’s reporting has unleashed will continue to fall on deaf ears.