The initial findings from the 2017 to 2018 edition of the English Housing Survey were released last week, one of the UK’s best sources of data on housing-related matters. David Kingman reports on some of its key messages in relation to young adults and housing 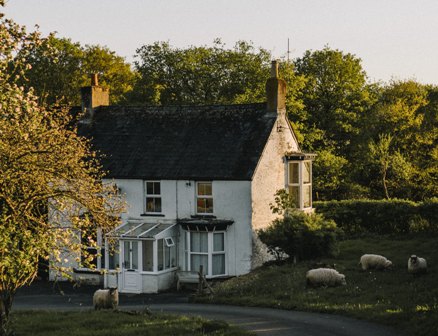 Every year the Ministry of Housing, Communities and Local Government undertakes a major survey involving a nationally representative sample of around 14,000 English households to investigate a wide range of issues related to housing. The initial findings from the 2017 to 2018 edition were published on 31 January, and provide a vast treasure trove of data which is particularly useful to people who are interested in investigating intergenerational fairness, because housing is such a central part of the entire intergenerational fairness debate. This article sets out five of the most interesting findings that relate to young adults and housing:

1. (Slightly) more young(ish) adults are getting on the housing ladder

You can probably tell that the subheading above was written by a researcher rather than a tabloid journalist, but it offers an accurate summary of probably the most interesting finding from this year’s English Housing Survey data. One of the most significant social changes in British society over the past two decades has been the growing share of young and, increasingly, middle-aged adults who are living in the private rented sector rather than becoming owner-occupiers in the way that the previous couple of generations would have done. However, the last few years’ worth of data suggests that, at least for the time being, the decline in owner-occupation may have paused.

The proportion of English households who are recorded as owner-occupiers in the English Housing Survey data peaked at 71% in 2003, and gradually declined over the next decade to a low of about 63% in 2014. However, since then it has remained unchanged for four years in a row.

This year the English Housing Survey also recorded a significant rise in the percentage of owner-occupiers among the 35–44 year-old age group (i.e. the oldest Millennials and younger members of Generation X). This age group had owner-occupation rates that were as high as 71% ten years ago in 2007/08, but this fell by almost twenty percentage points between then and 2016/17 (to 52%). However, the English Housing Survey data for 2017 to 2018 suggest that this downward spiral may have gone into reverse, as the percentage of households within this age group who were classified as owner-occupiers has actually risen by five percentage points to reach 57%.

This doesn’t mean that the English housing crisis is over – far from it – but it does suggest that levels of home ownership among the Millennial generation are likely to increase as that generation  gets older. Whether they will ever match the levels enjoyed by previous generations is another matter entirely.

2. The majority of private renters still expect to buy one day…

Following on from the observations in the above paragraph, the 2017–18 English Housing Survey data also emphasise that the majority of tenants within the private rented sector do still expect to buy their own properties one day. Among those who are currently private renters, the percentage who say they expect to buy one day has hovered at around 60% for the whole of the last decade.

This matters for two reasons: firstly, because it is often proposed that the antidote to the English housing crisis is for the Millennial generation to fall in love with renting rather than seeing it as an intermediate step between living with their parents and owning their own homes one day;, and secondly, because (as will be discussed below), given that the economic reality of renting means it is unlikely that many of today’s renters will ever actually get on the housing ladder, disgruntlement with the UK’s housing situation is likely to become more widespread.

3. …but the economic barriers to buying still look forbidding

The slight increase in the proportion of older Millennials who are getting on the housing ladder notwithstanding, the English Housing Survey data demonstrate that the economic barriers which separate many of the private renters in this age group from homeownership still look pretty daunting. The latest data on rent levels show that, in London, half of all households who are renting privately are now paying more than £300 per week, or £15,600 per year, just in rent (although it’s worth pointing out that, because this figure refers to households, young adults living in flat shares are likely to be paying less than this on an individual basis).

The data also emphasise starkly how big the gap in average housing costs is between households who are buying with a mortgage and those who are renting privately, as the average mortgagor household now only spends just over 17% of their income on housing costs, compared with almost 33% for the average household who are renting privately (and that is after Housing Benefit has been added to top up their income slightly; before Housing Benefit the equivalent figure is almost 37%).

Trying to save enough cash to afford a deposit on a mortgage looks very tough for many of the people who are already stressing their incomes in order to rent privately.

4. Having wealthy parents is a big help

Unsurprisingly given these facts, getting on the housing ladder does appear to have become an increasingly socially exclusive phenomenon. The 2017–18 English Housing Survey dataset also includes some information on the socio-economic characteristics of households who have become first-time buyers within the last three years and, unsurprisingly, these suggest that many of them received a financial leg-up to help them get there.

Two striking facts are that, firstly, among recent first-time buyers just over 64% (nearly two-thirds) belong to the two highest quintiles for gross weekly household income, whereas less than 13% belong to the bottom two quintiles; and secondly, almost 40% of them said they received some kind of financial assistance from family or friends to enable them to get on the housing ladder, and 10% also said they had used part or all of an inheritance (answers to this question weren’t necessarily mutually exclusive).

In other words, while you would expect becoming a homeowner to be somewhat socially exclusive, because by definition you need a certain amount of accumulated wealth and a reasonably high income in order to do it, it does seem that becoming a first-time buyer is now remarkably difficult unless you are either very well-paid and/or have family members who can give you financial support.

5. The number of children living in the private rented sector has trebled over the last 14 years

Finally, the 2017–18 English Housing Survey also gives us data about one of the less-frequently discussed aspects of the English housing crisis: the trebling of the number of the children living in the private rented sector between 2003/04 and last year, from just over half a million children to over 1.5 million.

This number has actually gone down slightly over the past couple of years, in line with the fact that the growth of private renting has stalled as discussed above, but nevertheless it represents a striking social change which emphasises the need to provide private renters with greater security and stability so that these children’s lives aren’t blighted by either poor housing conditions or the disturbance of frequently having to change where they live.

Given that around half of the Millennial cohort still haven’t reached their peak childrearing years, the number of children in the private rented sector is likely to resume its growth in the not-to-distant future, which will only make the need to do something about these issues more urgent.