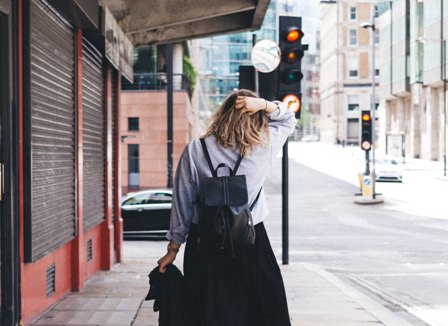 One of the most enjoyable parts of my role as an MP is visiting local schools. It is inspiring and encouraging to see how thoughtful and engaged our young people are and their motivation to make a difference in the wider world.

But it is increasingly the case that the issue that teachers want to talk about is mental health. The same is true in conversations about serious youth violence, including knife crime: youth workers, NHS doctors and police officers all talk about the extent to which young people – caught up in violence as both victims and perpetrators – are suffering from diagnosable mental health conditions before they appear on the radar of the criminal justice system. And I am increasingly contacted by local parents who are battling to access the mental health support and treatment their children need.

For those who are able to access treatment, the wait times are too often unacceptably long. The average maximum waiting time for a first appointment with Child and Adolescent Mental Health Services (CAMHS) is nearly nine months, and a total of sixteen months until the start of treatment.

When young people with mental health needs have to be admitted to hospital, they are far too often sent hundreds of miles away from home – away from the family, friends, and support networks that are key to recovery. For vulnerable young people this reduces their chances of recovery and increases the risk of self-harm. NHS England’s figures show that more than 1,000 children and adolescents in England were admitted to a non-local bed in 2017/18.

This adds up to a system which is broken, eroded away by years of funding cuts and put under further strain by a toxic mix of exam stress, social media, and increasing economic instability. The consequences of this failing system are real and tragic. The number of teenagers that have taken their own lives has increased by 67% since 2010.

In a survey published just last month, 53% of GPs said that health and social care services for young people who have a mental health condition were “very inadequate”, and a further 37% said they were “extremely inadequate”. That’s nine in ten GPs, often the first contact point that young people will meet in their journey of diagnosis and treatment, who report that the current system simply isn’t working. It is hard to think of another area of our NHS that is subject to such damning criticism from frontline professionals.

In a context of rising prevalence of mental ill health, services which were already underfunded both as a proportion of NHS expenditure and in real terms, are not coping.

Some signs of improvement

The government also announced a new approach to young adult mental health services for people aged 18–25, which will support the transition to adulthood and to adult mental health services. Young people aged 16–18 are more susceptible to mental illness, and currently face a cliff edge at age 18 when they have to make the transition to adult services. Many fall out of treatment altogether and the NHS has limited sight on what happens to them. A new model that aims to provide a comprehensive offer of support for 0–25 year-olds is a welcome acknowledgement of this enormous problem, but it won’t be effective without the resources to achieve this.

The narrative is starting to change, but the fact remains that most young people with a mental health condition are not able to access the treatment they need, and those who do must endure unacceptably long waiting lists to access that treatment. This will be true for years to come.

The scale of the funding the government has committed is simply not equal to the size of the challenge. The £2 billion allocated for mental health in the Budget will be phased in from 2019/20 to 2023/24 and must fund an array of crisis services – ambulances, A&E provision, and specialist services available to schools. While any additional funding is welcome, it will be spread too thinly to make the drastic difference that we urgently need in children and young people’s mental health services.

And NHS funding is only part of the picture. Addressing the crisis in children and young people’s mental health requires our schools, youth services, children’s social care and youth justice system all to be properly resourced to support young people with mental ill health, and to make early interventions to help young people before they are in need of crisis care, yet all are being cut.

We know 50% of mental health disorders are established by age 14, and 75% are established by age 24. Early intervention and support is the most effective means of ensuring we have a more mentally healthy population. Yet the vast majority of children and adolescents who have a mental illness have not had – and will continue not to have – appropriate interventions at an early-enough age, and so will continue to live with mental illness into adulthood. The commitment and ambition of recent programmes is welcome, but without an immediate and significant injection of funds and resources, the Government will continue to fail generations of children and young people.