Brooklyn resident Larry Littlefield writes a blog called “Saying the Unsaid in New York: Public Policy in New York City and State”. As a 57-year-old married father of two, intergenerational inequity is a particular concern: here he describes the extent to which the Millennials’ future has been sold out by spending policies at the state and local government level 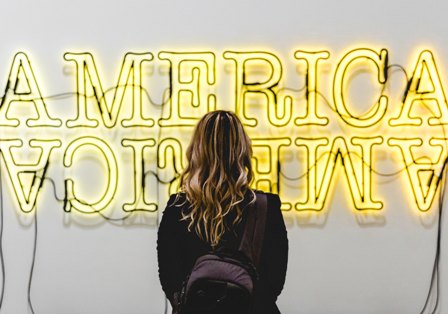 The generational equity issues in the United States are in some ways similar to those in Europe or the UK, but also different. Governments in both places have provided older generations with old-age benefits far in excess of what they had been willing to pay for in taxes while working, borrowing the difference and leaving later-born generations to face a future of higher taxes and diminished benefits. The downside of the sexual revolution has left a smaller share of children with stable families during childhood. And later-born generations generally face diminished economic opportunity, despite higher educational attainment and a lower level of personally destructive and anti-social behaviour (crime, vandalism, drug abuse, teenage pregnancy), compared with those who came of age in the 1960s and 1970s.

The USA, with a birth rate closer to replacement, faces less of a demographic challenge than Europe, but has greater inequity. The social benefits that the federal government provides to seniors, notably health insurance, are generally limited to them, while the workers who pay for it get less or nothing. The generations born after 1957 have been paid significantly less on average at each point in their lives than those born between 1930 and 1957, the richest generations in US history – those I have identified as “Generation Greed”. So later-born generations will be facing greater governmental generational burdens out of smaller incomes.

As a marker of how bad things are here, the death rate of those born after 1957 has been higher at each age than it had been for those born previously, and life expectancy is falling, with a higher suicide rate at each age a leading cause. This trend actually dates back to when the first among the disadvantaged later-born generations were teenagers in the late 1970s and early 1980s, but its impact has become large enough to attract public attention now that the first wave is in late middle age. The disadvantages of later-born generations will become crushing when they reach old age themselves, and the advantages of youth are no longer an offset.

One aspect of generational inequity in the United States is the trend in state and local government. Of the three levels of government, the federal government attracts the most attention and collects the most in taxes. But it pays most of its revenues right back out again in payments to individuals and the healthcare industry as part of the so-called entitlements, aid payments to state and local governments, and interest in the national debt, and actually does very little directly other than national defence and the post office.

Inequities in state and local government

It is state and local governments that actually do most of the work of government in the USA – public safety, education, public health, infrastructure, social services, courts, prisons, parks, recreation and culture. Their tax revenues, over and above revenues received from the federal government, average about 10% of US residents’ personal income in FY 2016, with another 5% of personal income or so in charges for services.

State and local governments have also promised their own employees far more generous retirement benefits that most Americans get, often retroactively increasing those benefits in deals with public employee unions for political support. But to keep taxes low and opposition limited, they have failed to fully pre-fund them. State and local government pension benefit payments to retired public employees equalled just 5.2% of the wages and salaries of those still on the job in FY 1972. That ratio has risen continually since, and benefit payments reached 30.7% of the wages and salaries of active workers in FY 2016. That shouldn’t be a problem, because pension plan assets were supposed to have been accumulated while those now retired former employees were working.

But pension benefit payments also equalled 7.9% of pension plan assets in FY 2016, and rising. Only about half as much in assets was accumulated as would have been required, and half the cost of past retirement benefits has been shifted to the future. With pension assets not providing enough investment income to cover benefits, assets that ought to be accumulated for today’s public workers are being cashed in to pay for yesterday’s. To make up for it, in many cases later-hired state and local government workers receive less in pay and benefits than prior generations did at the same point in their careers. This has happened across the country.

As for the wages and salaries of state and local government workers still on the job and providing services, for the nation as a whole, the three lowest years since 1977 (and probably since much earlier) as a percent of the personal income of all US residents were the 5.9%, 5.7%, and 5.8% in FY 2014, 2015, and 2016. It had been 6.9% of personal income a generation earlier in FY 1986. The result is fewer workers with lower pay and benefits who have less in qualifications and motivation providing less and worse public services – even in places where the state and local tax burden is soaring.

All in all, the on-the-books state and local government debts, and the off-the-books debts implied by inadequate past infrastructure investment and public employee pension underfunding, add to a mortgage at 46.9% of the average American’s personal income – a mortgage they will have to carry for the rest of their lives, over and above the generational inequities at the federal level in government, in the private sector, and even in many families. But the extent of this burden varies from place to place.

The worst-off state in FY 2016, out of 50 states plus the District of Columbia (a “Sold Out Future” rank of 51) was Rhode Island, where debts, past capital construction shortages and pension underfunding totalled 82.1% of Rhode Island residents’ 2016 personal income.

Other states where older generations have most victimised those coming after include (in order from the worst) Illinois, with a burden of 75.8% of that state’s residents’ personal income in FY 2016, Connecticut at 72.9%, Ohio at 68.7%, Michigan at 66.0%, and Kentucky at 63.5%. After adjustments to credit it with a share of Port Authority of New York and New Jersey investment, New Jersey comes next at 63.1%, with Pennsylvania at 61.5%, and Massachusetts at 56.2%. California, with a sold out future burden at 50.7%, ranked 38th for FY 2016 after having been in the worst ten back in FY 2012. If New York City were a separate state it would have been nearly as badly off as Rhode Island, mostly due to a high debt burden and retroactively enriched pension benefits for the city’s politically powerful public employees.

Moving out with the spoils

Many of these states have limited population growth and substantial out-migration to states where the generational burdens are lower. Among those leaving are large businesses, and the affluent seniors who have previously benefited from lower taxes and greater services as a result of policies that benefited the present (now the past) at the expense of the future (now the present). This includes the large number of retired state and local government workers taking their rich pension benefits with them and moving to lower-tax states.

They, and often their children, are moving to booming states such as Washington, with a burden equal to just 22.2% of state residents’ personal income; Georgia, at 28.7%; and, in order from there, Florida at 30.4%, Texas at 31.3%, Arizona at 31.3%, North Carolina at 31.8%, Nevada at 32.9%, and Tennessee at 33.0%. Both people and businesses, other than those that need to be located in the bi-coastal educated labour centres, have been moving to these states on a large scale for a couple of decades. In fact, that is a list of the most booming states with the most booming cities in the country.

People may not understand why, but perhaps they sense that in these states the state and local government services and benefits they get seem to be a good deal compared with the state and local taxes they pay. Not because of efficiency, as they might claim. Not because, as in the past, the federal government is draining the Northeast and Midwest to subsidise them, because they are richer now and less subsidised. But because past residents and politicians robbed them less.

At least for now. Hyper-mobile Americans are now running up generational debts in these growing states too, voting with their feet and at the ballot box for lower taxes or special tax breaks – in places that for now, because there is more future yet to be sold, still have decent public services (other than perhaps public schools which Generation Greed no longer cares about), in part by underfunding the pensions of their own public employees, who are less politically powerful there.

The impact of this will become burdensome as their growth slows, just as it has in the Northeast and Midwest. In Texas, while suburban jurisdictions are booming, underfunded and retroactively enriched public employee pensions have left the built-out cities of Dallas, Fort Worth and Houston broke. Generation Greed keeps cashing in and moving on, and leaving burdens behind.

US Millennials are finding the future they might have chosen for themselves – with decent infrastructure and community services, and decent schools for their own children – sold out from under them. Sold out by a generation that still holds the vast majority of elected positions at the federal, state and local government level, and whose only interest seems to be cashing out ever faster to keep the wolf at the door until they are gone.

The only way later-born generations could fight back is to refuse to buy older generations’ houses unless (and until) the price fell so low that lower housing costs offset all the state and local government disadvantages they are inheriting. But it turns out that Generation Greed benefited from lower housing costs too, and is now using its control of government to drive public policies to keep housing prices for later-born generations high as well.