The phenomenon known as “savings regret” has been given statistical underpinning by new evidence. David Kingman ponders what it could mean for Millennials 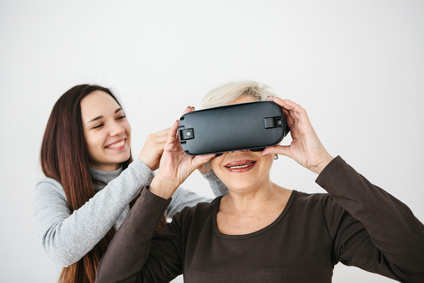 Most of us know on some level that saving money for the future is really important, but there is an abundance of evidence to suggest that the British public isn’t particularly good at it. As I commented in a recent blog post, the most recent data from the Office for National Statistics (ONS) regarding how much today’s younger adults are saving were very concerning, as they showed that half of people aged 22 to 29 said they had no money stored in savings accounts, while only 28% of this age group had more than £1,000 in readily-accessible savings. In response to this situation, the government is keen to help get more young workers saving, and a trial of a new “nudge” policy which is meant to help members of this group put more aside is currently underway.

However, are “nudge” policies really getting at the core issues to do with why young adults aren’t saving enough? And how much should they be saving in the first place? This article will look at some new research that actually looked how older people feel about saving in order to try and come up with some answers.

A “nudge” in the right direction?

To state the obvious, how much money you save during your working life is basically a reflection of two things: how much spare income you had left over once you’d been taxed and funded all of your and your family’s necessities, and, assuming there was some left over, how wiling you were to defer your immediate gratification by putting some of that spare money to one side for the future (a choice which is normally influenced to some extent by incentives, such as tax relief). The idea behind “nudge” initiatives such as auto-enrolment pension saving, is to try and take advantage of people’s inertia towards saving by automatically allocating a small proportion of their pay towards a savings vehicle at source, instead of relying on them to willingly defer some of their present consumption for the future after they’ve actually got their hands on the money.

Auto-enrolment is generally regarded as having been a success, at least in terms of widening participation in pensions saving. As the ONS has shown, the total membership of workplace pension schemes is now the highest it’s ever been at 15.5 million (representing a complete reversal after a long-term decline in private-sector pension scheme membership), largely because of the gradual implementation of auto-enrolment since it was first rolled out in 2012. However, plenty of concerns have also been raised to the effect that there is no guarantee that the newly enrolled workers will actually save enough money to give themselves a comfortable retirement, given that half of the auto-enrolled private sector workers who are in their 20s are only contributing less than 1% of their incomes per year.

Auto-enrolment is currently restricted to pension saving, which means that the money is locked up on the saver’s behalf in return for them being given tax relief; they won’t ordinarily be able to access it until at least the age of 60 without incurring a substantial tax penalty. As mentioned above, levels of readily-accessible saving are also very low, so the National Employment Savings Trust (NEST) – the major pension scheme set up by the government which employers can auto-enrol their employees into – has recently started trialling an initiative called “sidecar savings”. The idea behind this scheme is that in addition to having a pension pot that some of their salary gets diverted into, employees who are auto-enrolled will also have an additional savings “pot” which any contributions they make above the current minimum level for auto-enrolment (currently 8% of salary including employer contributions) will go into, subject to a cap of £1,000 (after which any additional money goes back to being saved into their pension).

The idea behind this scheme is that workers will be able to build up not only a pension for their old age, but also a separate pot of readily accessible savings which they can dip into if they suddenly need it, all without having to give very much thought to setting up these arrangements for themselves, or actually having the money in their pockets first, when the temptation to simply spend it would probably be greater. The trial, which is a collaboration between NEST and the JP Morgan Foundation (the charitable arm of the American bank) is expected to last for two years, in order to gauge the behavioural response of workers to this option.

The multimillion-pound question is whether these initiatives can do enough by themselves to encourage people to put away a sufficient amount of money to give them financial resilience for the future. The trial is only just getting underway, but without wanting to sound like a pessimist, there are a couple of reasons to think that they might not. Firstly, and most importantly, younger workers simply can’t save if the money isn’t there to begin with, and given that British workers are still only just starting to see some relief from a decade of falling real terms living standards, and that so many of them are spending a very large proportion of their total incomes on housing costs, you can understand why saving would be a low priority.

Secondly, some new research from America which was published recently suggests that when people actually reach old age, many of them regret not having saved more in earlier life, but this was not generally due to procrastination or other psychological factors of the kind which ideas like sidecar savings are designed to address; rather, they regretted not having anticipated the risk of economic “shocks” to their living standards which they experienced, particularly getting divorced, being unemployed or suffering from a period of ill-health. The research, which was based on a large-scale random probability household survey of retired Americans, used a regression model to estimate which factors explained more of people’s savings regret in old age, and they found that a variable which they had included to try and measure whether people hadn’t saved more because of psychological factors (i.e. having the ability to save but not getting around to it) explained relatively little of the variation in levels of savings regret, whereas having experienced one of the “shocks” listed above had a much stronger association with savings regret.

In other words, this would imply that by and large, older people don’t think that they didn’t save enough when they were younger because they didn’t have a saving habit, or because they didn’t devote enough energy to actually setting up a means of saving (both problems which the sidecar savings idea is designed to try and mitigate); instead, they regretted not saving more because they failed to accurately anticipate the likelihood of suffering a significant negative event which reduced their income or wealth.

While ideas like sidecar savings could certainly do plenty of good if they lead to more people building up savings, the authors of the American study also argued that more needs to be done to educate working-age people about the financial risks which they need to factor in to their future financial planning, particularly the relatively high likelihood that they will be unable to work until the official state pension age because of being made redundant or suffering from ill-health or disability. Although the British welfare state is still more generous than its American counterpart, broadly speaking, these lessons could also apply to young workers in this country, who must bear the burden of handling more risk during their working lives than was the case for previous generations because of less secure jobs, the reliance on defined contribution pension arrangements to fund their retirements and the higher likelihood of their work being automated, to give three examples.

Lastly, the American study also made a philosophical observation that, because regret about not having saved more when they were younger seemed to be quite widespread among participants in the survey regardless of how much money they had now, perhaps it is simply human to regret past actions with the benefit of hindsight:

“Perhaps regret or the wish to re-do past decisions is part of the human condition. In a stochastic environment, people must make an ex ante choice. If ex post the choice was mistaken, fully rational people will still not regret the choice, thinking they made the best choice, given the environment and uncertainty. But it is unlikely people are this rational. Most people will use the information about the actual outcome when thinking about redoing that past choice. Thus, many people will have regret even though they chose well ex ante; and even those with substantial economic resources can experience such regret.”