David Kingman takes a look at the most recent statistics on housebuilding in England, and argues that it contains a mixed picture 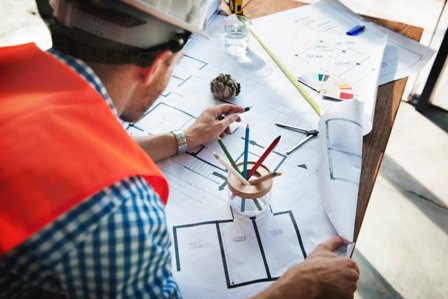 How much new housing do we need to build to solve the housing crisis? Although it feels like a long time ago, now that we’ve just had the latest edition, during last year’s Autumn Budget speech in November 2017, Chancellor Philip Hammond committed the Conservative government to the target of building 300,000 new homes per year throughout the remainder of this parliament, replacing George Osborne’s previous target of building 200,000 per year between 2015 and 2020.

However, it may surprise many readers to learn that, despite the virtually unanimous recognition that there is a housing crisis in contemporary Britain, there is remarkably little agreement among experts and policy-makers over how many more homes would have to be built in order to ameliorate it (or even whether just building more housing would really solve the problem at all). Last week, the latest data on new additions to the housing stock from the Department for Housing, Communities and Local Government added to the confusion by simultaneously demonstrating both how much progress has been made in increasing the level of housebuilding over the past few years and also how unlikely it is that we’ll be able to build our way out of our present predicament.

This article will attempt to explain what these data showed, and what it means for the broader debate about increasing our national housing supply.

The “net increase” part is important, because this means that the figures take account of both new building and demolitions of existing housing stock. Again, it may surprise readers who are concerned about the housing crisis to learn that since 2006/07, on average almost 14,000 dwellings have been being demolished in England each year (although the figure has been falling in recent years and currently sits at around 8,000). Interestingly, the current level of housing supply isn’t actually quite as out of whack with the historical average if you look at net additional increases per year rather than just new housebuilding, because some of the previous eras when construction was higher also coincided with larger amounts of demolition (because of slum clearance, for example).

There are a number of observations which one could make about these data. First and foremost, 222,194 is obviously a lot less than 300,000, which should give you some idea of how far away the government is from achieving its official housebuilding target. However, the positive way of looking at this figure is that it continues the trend of substantial increases in housebuilding which has been observed in each of the past four financial years. In total, England’s housing stock grew in number by 170,693 units in 2014/15, 189,645 in 2015/16, 217,345 in 2016/17 and then, to reiterate from above, 222,194 units in 2017/18, which suggests that housebuilding is on a clear upward trajectory. Indeed, the rate of new housebuilding has risen by 63% over the past five years, which is an impressive increase in a relatively short amount of time.

Yet, a more pessimistic take on these figures is that housebuilding in England still hasn’t actually recovered from the shock of the global financial crisis which struck ten years ago. Housebuilders were hit especially hard by the Great Recession, partly because the unwinding of all the subprime mortgage lending that had gone on in both America and Europe – which precipitated the crash – made lenders much more cautious about financing new housebuilding. The combination of tighter financial regulations on mortgage lending and the subsequent stagnation of average incomes made it much more difficult for new buyers to get on the property ladder, reducing housebuilders’ potential pool of new customers.

The effect of the Great Recession can clearly be observed in these data: whereas the net increase in additional dwellings in England had risen to a high of 223,534 in 2007/08 at the end of the so-called “NICE” era of economic growth (economists’ shorthand for “Non-Inflationary Continuous Expansion”), the year before the crisis broke, it fell off dramatically to just 182,767 the following year. In total, the increase had fallen by 44% five years after the Recession’s beginning, reaching a nadir of 124,722 in 2012/13. Although it has been climbing since then, this means that this year’s figure is still slightly lower than the number of homes that were being built 10 years ago, despite Britain experiencing significant population growth during the interim.

We can get a more detailed picture of what’s going on with our housing supply because the Department also publishes a separate dataset which decomposes the overall figure for new housebuilding by explaining where these new homes come from (available from the same webpage linked to above). As you would expect, the vast majority of England’s new homes are new builds, but just over 12% of our net housing supply comes from other sources, including the conversion of larger properties into smaller ones and changes of use. Office-to-residential conversions are the largest component of this by far, although it’s impossible to conclude how much impact they’ve had just using only this dataset, as it only gives information on new dwellings that were created under permitted development rights during the last three financial years. Meanwhile, as mentioned above, the number of demolitions is less than half of what it was 10 years ago.

Given the extremely serious concerns which have been raised about the quality of dwellings built using office-to-residential permitted development rights and the possibility that further liberalisations will be enacted to make it easier to convert vacant high street retail units into housing following announcements in this year’s Autumn Budget speech, the gaps in this release do underline the fact that we need to get better at counting how many homes are being produced in this manner in order to make sure that the quality of life of the people who live in them isn’t being compromised in the process.

As IF argued in our 2016 research report Unlocking England’s Hidden Homes, the supply of new homes which is being created by subdividing existing ones appears to be remarkably low at around 5,000 dwellings per year, which is why we argued for a new permitted development right that would make it much easier for existing homeowners to ‘”downsize-in-situ” by subdividing their houses (a proposal which I discussed during my recent appearance before the House of Lords Intergenerational Fairness and Provision Select Committee), although we also argued strongly that this requires a robust prior approval process from local planning authorities to ensure that the newly-built dwellings would be of a high enough standard for comfortable habitation.

While this year’s net increase is obviously well short of the government’s target of building 300,000 new homes per year, Communities Secretary James Brokenshire was extremely positive about the figures, pointing out that this is the highest level of net increase in all but one of the past 31 years.

A more pessimistic take would be that, on that basis, this level of housebuilding appears to represent a high-water mark which the industry hasn’t risen above in decades. There’s a good chart on page 18 of the House of Commons briefing paper called “Tackling the under-supply of housing in England” which visually demonstrates how cyclical private sector house-building is: over long periods of time it tends to rise and fall in line with the wider economy, and over a period going back to at least the early 1970s it seems that every time it has reached roughly the level it’s at now, it has tended to fall away again quite dramatically afterwards. In part, this is probably due to the nature of the business cycle, but it could also reflect capacity constraints within the industry which make it difficult for developers to sustain a higher level of construction.

For the sake of comparison, the government’s current target of delivering 300,000 net additional new dwellings each year has only been achieved during two brief periods since the 1920s (the late 1930s and the mid 1960s), and in each of them the public sector played a substantial role on top of the private sector’s contribution. These latest figures are certainly encouraging, but there are reasons to be sceptical about how much longer the current uptrend can continue.

Image by rawpixel on Unsplash: https://unsplash.com/@rawpixel