To mark the launch of the UK government’s first ever loneliness strategy, David Kingman looks at the growing amount of evidence which suggests that young adults are at disproportionate risk of feeling lonely 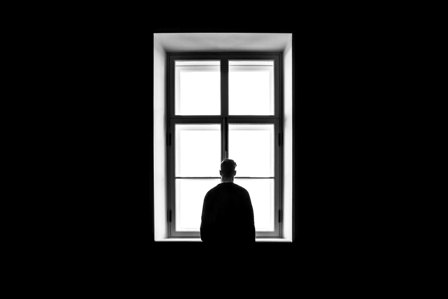 On 15 October, Prime Minister Theresa May officially launched the UK government’s first ever cross-departmental loneliness strategy, which is designed to tackle what she called “one of the great public health challenges of our time”: chronic loneliness. This move represents the culmination of a concerted effort by researchers and campaigners to get the UK government to start taking chronic loneliness more seriously, as a 2017 study which looked at the cost of chronic loneliness to society (which only looked at older people) concluded that this issue imposes an additional cost of £6,000 per person on public services, and being chronically lonely was associated with shorter life expectancy and worse health in old age.

In recent years, there has been the high-profile Jo Cox Commission on Loneliness (instigated by the late Labour MP), and a National Campaign to End Loneliness has been created by a group of charities and local authorities. However, the main focus of much of this campaigning activity has been on loneliness among older people, which – whilst is a very important social problem in its own right – may be overlooking the extent to which people of all ages can suffer from loneliness. Indeed, there is now robust evidence to suggest that there may be a growing epidemic of severe loneliness among young adults which the national loneliness strategy also needs to address. This article will explore some of this evidence, and then end by looking at what the loneliness strategy needs to do to make sure young adults aren’t ignored.

What does the evidence say about young adults and loneliness?

There are a couple of big pieces of evidence which suggest that young adults may be a social group which struggles disproportionately with loneliness. On Valentine’s Day last year, the BBC launched the “Loneliness Experiment”, an international survey which asked people a series of questions about their experience of feeling lonely. This survey drew responses from 55,000 people from around the world, and when the results were analysed by age group it appeared that younger people were more likely to say they felt lonely “often” or “very often” in their daily lives than older ones; indeed, somewhat surprisingly, the two groups among whom respondents were least likely to say they often felt lonely were those aged 65–74 and the over-75s.

Of course, given that this was an online survey it’s possible that there was some selection bias because lonely younger people might be more willing and able to talk about their situation online than older ones would be. However, very similar results were identified by the Office for National Statistics (ONS) when it attempted to measure loneliness using a large-scale social survey called the Community Life Survey. The 2016/17 edition included a question which asked respondents how often they feel lonely, and the results echoed the finding from the BBC’s research that young adults are more likely to experience loneliness than older ones. They found that about 5% of UK adults reported that they feel lonely either “often” or “always” and, just as with the BBC’s research, the loneliest age group was young adults aged 16–24. In both pieces of research there was a marked age gradient when you looked at the results, with people consistently becoming less likely to experience loneliness as you went up the age scale, in contrast to most people’s preconceptions about who is likely to be lonely.

The ONS confirmed the importance of age by analysing these data using a regression model which held a range of other demographic and social variables constant, and age was still a statistically significant variable in determining someone’s likelihood of experiencing loneliness. In other words, this strongly suggests that young people are more likely to experience loneliness because of age itself, rather than because of the impact of some other factor which happens to be correlated with age.

The ONS research also used latent class analysis (a technique for identifying statistical clusters within the dataset which share patterns of common results) to identify specific population subgroups who are more likely to experience loneliness. Out of the three major clusters that they identified, one of them was what they called “Young renters with little trust and sense of belonging to their area”. Specifically, the members of this group tend to be private renters aged 16–34 who predominantly live in relatively deprived neighbourhoods and said in response to other questions on the survey that they didn’t feel a sense of belonging to their area and expressed low levels of trust in the people who live there.

This finding is particularly interesting because it also echoes some of the findings from the 2018 IF Index of Young Adults’ Wellbeing, which showed that today’s young adults were experiencing less social contact with their friends and family compared with a couple of decades ago and expressed lower levels of belonging to higher causes such as political organisations and volunteer groups. Although the three pieces of research which have been cited here all looked at the issue of young adults and loneliness from slightly different angles, the fact that their findings are all broadly in agreement would appear to suggest that something significant is going on.

How should the loneliness strategy address young adults’ needs?

The reasons why young adults might be feeling loneliness are extremely complex, and so the question of how government policy ought to address them is far from straightforward.

As it stands, the loneliness strategy does contain some ideas which seem to be along the right lines: for example, all GPs in England will be allowed to engage in “social prescribing” from 2023, which means they can provide patients who are suffering from chronic loneliness with social activities like joining a walking group or a cookery club instead of pharmacological treatments.

Recognising that it can’t do everything by itself (especially to reach young adults), the government has also engaged a number of large employers in the private sector (as well as the Civil Service) to implement strategies which are designed to reduce loneliness among their own workforces. The strategy also allocates new money to give to charities which play an active role in bringing people together in their local communities, and will introduce a new “loneliness policy test” which new departmental plans will have to satisfy.

Only time will tell whether these moves will prove sufficient to significantly reduce loneliness. Really dramatic changes would probably require substantial shifts in some of the fundamental aspects of our whole social and economic system, such as a solution to the housing crisis which results in fewer young people renting, or changes in attitudes towards multi-generational living that would see more families living together. The loneliness strategy looks like a good start, but the forces in modern life that serve to push people apart are considerable.