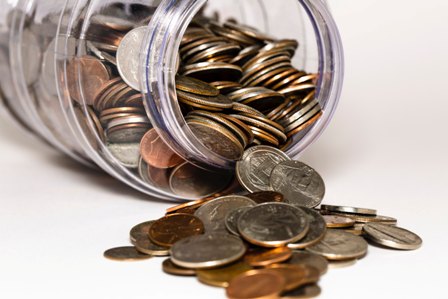 Over half of young British adults aged 22 to 29 have no savings in a bank account or other savings vehicle, according to figures which have recently been revealed by the Office for National Staistics (ONS). These figures, which also suggest that the amount members of this age group have saved up has declined over the past ten years, are concerning because they indicate the declining living standards facing this age group, and could be storing up big problems for the future. How worried should we be?

Young adults and the “savings divide”

The ONS figures – which were based on data from the Wealth and Assets Survey (WAS), a large-scale household survey which the ONS uses to measure changes in incomes, debt and asset wealth among different groups within society – indicate that 53% of young adults aged 22 to 29 don’t have any money saved within either a traditional savings account or an Individual Savings Account (ISA, the special type of savings account in which interest is paid tax-free).

Even more alarmingly, among the 47% of those who do have some savings the amount they’ve saved is still vanishingly small. The mean level of savings for people in this age group was just £1,600, and 40% had less than £1,000 in the bank. This means that, in total, 70% of people aged 22 to 29 have under a £1,000 in readily accessible savings. However, there is also a stark divide in these figures (as you would expect) between poorer and richer young adults: the 10% of young savers with the highest level of savings on average had 150 times as much in their savings accounts as the 10% of the young savers with the lowest savings (£15,000 and just £100 respectively).

Interestingly, the data also show that the gap in savings is much larger than the gap in earnings between the highest- and lowest-earning members of this age group: the top-earning 10% of 22 to 29 year olds are “only” earning four-and-a-half times as much as the 10% with the lowest incomes each year, yet the fact that savings compound over time (so it’s easier to build up more savings if you have some already) is one reason why this “earnings gap” has compounded into a much larger “savings gap” (not to mention that higher-earning young adults are significantly more likely to have come from affluent backgrounds in the first place, and so may also have received cash transfers from relatives). What this adds up to is a situation where, for a relatively small group of young adults, both the means and opportunity to accrue large amounts of savings remain intact, but the vast majority of them are not in such an advantageous position.

How much should young adults save?

The levels of saving which were recorded in the WAS data are obviously very low, but these findings do also raise the question of how much people in this age group should be saving in order to have enough spare money available to cope with life’s vicissitudes, and to enable them to plan for a financially secure future.

Estimates of what young adults should be saving vary, but a lot of experts think it’s a good idea for someone to have the equivalent of three months’ regular income in savings on standby in case of some unforeseen emergency, with some recommending that as much as six months’ worth is needed to provide a prudent safety-net against misfortune. The WAS survey showed that the average person aged 22 to 29 earns about £20,563 per year (before tax), which would equate to £1,714 per month; therefore, they would need to have over £5,000 on standby to provide a safety-net of three months’ worth of savings, which is clearly a level which most workers in this age group have not reached.

The WAS data on savings only looked at money which is being stored in savings accounts, which means it doesn’t include pensions; in theory, a lot of employed workers in their 20s are likely to belong to an auto-enrolment pension scheme through their employer – which means they will at least have some money put aside for the future in that form – but concerns have already been raised that large numbers of people who have started saving for pensions through auto-enrolment aren’t saving anything like enough to fund a decent retirement because of low contribution rates.

Why are young adults not saving?

Individual savings behaviour is likely to be explained by quite a complex range of factors. However, there are some pretty clear reasons why today’s young adults might not be putting very much money aside for the future.

The first and most obvious reason is that they simply don’t have the money in the first place. The WAS data indicate that the proportion of young adults who do not have any savings has increased significantly from 41% a decade ago to the figure of 53% that was seen in the latest figures; this period has of course coincided with the global financial crisis and its aftermath, stagnant pay growth for workers of all ages (a phenomenon which the youngest workers have been worst affected by), the rapid expansion of the “gig” economy and the use of zero-hours contracts (which younger workers have also been most affected by) and rising housing costs in the most productive regions of the country.

Looking at housing in isolation, the proportion of 22 to 29 year olds who own their own home fell by 10% between 2008 and 2017, which underlines that an increasingly large proportion of young adults are likely to be finding it difficult to save because they are living in the expensive private rented sector instead. Worryingly, the WAS figures also suggest that a proportion of young adults are not only not saving, but are actually becoming deeply indebted, which may be another product of feeling the pressure on their living standards; although the proportion of people in this age group who had some level of debt (not including student loan debt) has fallen over the past 10 years, the 10% of 22 to 29 year olds who were most indebted now each owe an average of £14,200.

It’s very easy for discourses surrounding work and savings to take on a moralistic tone, as was demonstrated most famously by the persistent characterisation of “thrifty”, hard-working Germans and supposedly reckless, “spendthrift” southern Europeans during the Euro-area sovereign debt crisis a few years ago, but the reality is usually more complex than such stereotypes suggest, and simply upbraiding people for not saving is unlikely to make them change their behaviour.

Are young adults who might be able to afford to do so being incentivised to save? In some respects, not saving might seem rational given that this age group mostly came of age against the backdrop of the worst stock market crash in modern times and has subsequently been confronted by a decade of ultra-low interest rates, an economic policy which is after all explicitly designed to make saving money in banks look unattractive. Even if some members of this age group were able to put a bit more money aside for the future, should we really be surprised that more of them don’t seem interested in doing so?