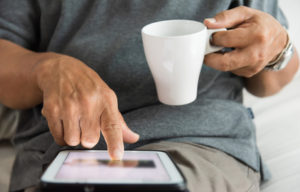 The recent announcement from the ONS that progress in extending life expectancy appears to have stalled over the past three years for the first time since records began has drawn an unusually large amount of media attention, given that the publication of national life tables doesn’t usually make front-page news. But what does this statistic actually mean? And is it something we should be especially concerned about for younger and future generations? This article will attempt to answer these questions by unpicking the story behind these data.

Is life expectancy rising or falling?

For people who are interested in Britain’s demography, the recent announcement from the ONS may have come as something of a shock, because stories about life expectancy are nearly always focused on how much it is increasing and the costs that having an ageing population are going to impose upon UK society. Indeed, on the very same day that the ONS published the new national life tables it also brought out a different publication about estimates of the so-called “oldest old” population in the UK (those aged over 90), which told a much more familiar story: Britain is now home to over 14,000 centenarians, and their number has increased by 85% over the last 15 years because of long-term improvements in life expectancy.

So, on the one hand there appears to be a great deal of concern about life expectancy improvements grinding to a halt, and yet on the other hand many people are worried about the potential costs of the number of older people continuing to grow very rapidly. This raises the question of how these two concerns can exist simultaneously.

The answer to that question requires a deeper understanding of what the decline in life expectancy really amounts to. What the ONS national life tables revealed was that life expectancy at birth in the UK remained the same between 2015 and 2017 (life tables are always calculated using three-year averages in order to smooth out fluctuations in mortality between individual years, such as a one-off spike in deaths caused by an especially bad flu outbreak). As a result, average life expectancy at birth is still 79.2 years for males and 82.9 years for females across the UK, although there are very significant regional and national variations which this article will return to later.

National life tables are calculated on the basis of “period life expectancy”. This is defined by the ONS as “the average number of additional years a person would live if he or she experienced the age-specific mortality rates of the given area and time period for the rest of their life.”  The key point regarding this methodology is that it is really based on measuring how many people have died at different ages within a given area over the past three years, so it is extremely sensitive to recent changes in mortality. In other words, it tells you more about the ages at which people are dying today than it does about how long someone born today can actually expect to live, which is almost a complete unknown because the coming decades are likely to see huge lifestyle changes, medical advances and disasters such as wars and disease outbreaks that are virtually impossible to predict from the vantage point of today.

The reason why life expectancy improvements appear to have stagnated is because the rate of mortality has gone up over the past three years in comparison with the recent past. Why this has happened is very difficult to work out (indeed, there is a significant amount of research currently devoted to investigating it), but several possible causes have been implicated. Critics of the government austerity measures which have been imposed in the UK since 2010 have argued that the spike in mortality is directly related to cutbacks in funding for adult social care services and parts of the NHS, noting that the decline in improvements in life expectancy at 65 has actually been going on since 2010 (i.e. higher numbers of older people have been dying than was expected for the past eight years).

However, other researchers have argued that it is currently impossible to prove a direct causal relationship between government austerity and higher mortality; a more direct influence which many people have implicated has been the especially severe weather over the last few winters and much worse-than-average winter flu outbreaks, which disproportionately harm vulnerable elderly people. A special investigation undertaken by the ONS in 2015 into that year’s unusually high mortality rate concluded that especially bad excess winter mortality (the higher number of deaths that occur in winter compared with summer every year) was largely to blame, suggesting that bad weather and the higher rates of infectious disease which normally accompany it are likely part of the explanation (although, of course, public spending cutbacks do have an effect on how well prepared society is for bad weather – as evinced by the extreme pressure the NHS was put under last winter – so the two explanations are not entirely discrete).

A more long-term explanation that has also been put forward is that the big changes in lifestyle which have been major drivers of increased life expectancy over the past few decades – particularly the decline in male smoking, general improvements in diet and the falling share of the population engaged in dangerous manual jobs – may simply be running out of steam. It has even been suggested that the growing number of health problems among people who are middle-aged and younger, particularly those related to sedentary lifestyles, being overweight and diabetes, may threaten to put some of this long-term progress into reverse over the next few decades.

How concerned should we be about stagnating life expectancy?

As previously explained, stagnating life expectancy is a derivative of higher mortality rates among the population in general, and especially among older people. That is something that we ought to be concerned about because everyone should have the right to have as long and healthy a life as possible.

Whether we should be concerned about younger and future generations living shorter lives is a largely separate question. As mentioned above, the future is inherently unpredictable, but we do know that the health of today’s young adults is being threatened by a broad array of lifestyle-related problems which it is very much in wider society’s interests to ameliorate. Many of these lifestyle-related health problems obey a social gradient – that is to say, problems like smoking and obesity exert a much heavier toll on people from poorer backgrounds than they do on people from wealthier ones. This contributes to the UK having some astonishingly wide geographical inequalities in life expectancy: as research from the Longevity Science Panel (LSP) demonstrated earlier this year, a boy born in one of the poorest neighbourhoods in England will live almost 8.5 years less than one born into one of the wealthiest neighbourhoods. These inequalities between rich and poor are still far more significant than the recent slowdown in life expectancy improvements, and they represent a much larger threat to the longevity of young people who have the misfortune to be born in a poor area.