Turning 18 in 2018, and turning 18 in the year 2000 – new data from the Office for National Statistics (ONS) show there are some significant differences. IF researcher Holly Metcalf explains 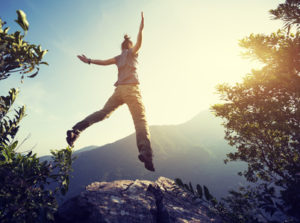 The ONS has released new data exploring how life has changed for 18 year olds since the millennium. Those turning 18 in 2018 are part of the Zenennial generation (“Generation Z”), and the ONS statistics show that, in many ways, life looks very different for them than it did for the older members of the Millennial generation who turned 18 back in 2000.

A drop in the number of babies being born in 2000 means that there are now fewer 18 year olds. But this is set to increase again, as birth rates picked up after the year 2000, continuing to rise until 2008.

Life expectancy has also changed. Today’s 18 year olds can expect to live two years longer than those born in 2000, with life expectancy now over 90 for women turning 18 this year. The gender gap in life expectancies has also decreased since 2000.

The ONS data reveal that today’s 18 year olds are much less likely to be married or be having children than their Millennial counterparts were in 2000. In 2015, around 0.1% of 18 year olds married, five times fewer than in 2000.

Today’s 18 year olds can look ahead to more freedom about who they can marry, since same sex marriage in the UK was legalised in March 2014. However, this is unlikely to affect marriage rates amongst 18 year olds as, so far, same sex couples have tended to marry at an older age than opposite sex couples.

Not only are today’s 18 year olds less likely to be married, they are also less likely to have children, due to the average age of a first-time mother rising. A government campaign targeted at reducing teen pregnancies may be partly responsible for this change, as well as the greater numbers of young women going to university, and technology enabling easier access to information about sex and contraception.

Ten years on from the financial crisis and recession, rates of labour market participation amongst young people are still affected. Since 2008, the number of 18 year olds in work has been smaller than the number of economically inactive. However, this latter group also includes students (provided they are not working alongside their degree), so it is hard to tell whether the growing numbers of economically active 18 year olds are in education, or have opted out of the labour market completely, and are no longer looking for work.

Along with staying in education longer, Zenennials have been called “Generation Sensible” because of their lower rates of smoking and binge drinking. However, data suggest that they spend almost 30 minutes less a day socialising than their Millennial counterparts. Whilst their consumption choices may have positive implications for their health and wellbeing, the fall in time spent with friends (and a corresponding increase in time spent gaming and computing) may have negative aspects on Zenennials’ wellbeing. This suggests that the declining quality of social relationships amongst young people, detected in the 2018 IF Index, may be continuing. Or it could be that today’s 18 year olds have simply found new ways to socialise – for example, by using voice chat to communicate with friends whilst gaming.

The statistics show some significant changes in how 18 year olds live over the last 18 years. What they cannot fully explain are the implications of these changes in employment rates, marriage rates, and lifestyle choices. The Zenennial generation seems to have made healthier choices around smoking and drinking, and more of them are going to university. But we cannot tell from the statistics alone whether this will necessarily lead to greater wellbeing and more fulfilling careers.