The Irish government introduced rent controls in 2017 and look set to extend those controls with the aim of helping students. Sam Couldrick, IF researcher, assesses the impact the controls have had 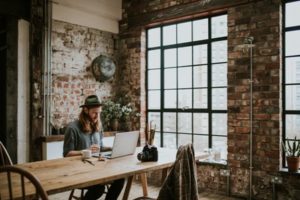 This year’s student accommodation survey found that 44% of students struggle to keep up with their rent, with 45% saying that the cost of accommodation impacts their mental health. This might come as a shock were it not for the fact that the average student loan comes in at £602 per month, whilst the average monthly cost of accommodation for students stands at £566, leaving just £36 to cover the rest of their monthly living costs. Students have different means of coping with these pressures. Bank overdrafts are routinely relied upon, burying students in further debt. The wealthy get help from their parents. Some find paid work.

Few expect these pressures to subside any time soon. Student rents have risen well above inflation in recent times, and there is no indication that this is set to change. Increased demand for student housing, and housing in general, has contributed to rents rising rapidly. It is accepted on all sides that housing supply needs to be increased in the UK, but across Europe there have been attempts to regulate rent prices in areas that are under severe pressure.

Rent regulation can take many different forms. In general, there is a great deal more rent regulation across Europe than in the UK. Tenants have a more generous set of rights in Europe, where renting tends to be more popular. The Scottish government has, however, recently moved to strengthen tenants’ rights, and made it possible for local councils to apply for rent controls.

It is helpful to distinguish between two forms of rent control. The first involves limiting rent prices. Local authorities might, for example, place caps on the amount landlords can charge per month for their property. In the Netherlands, there is a points-based system for determining the maximum price a landlord can charge for a given property, where points are awarded on the basis of the quality of that property. The second form is rent stabilisation. Rent stabilisation limits the amount rents can rise by over time. A landlord with a new property, for instance, can set the rent of their property at any price they like, but from that time any increase in rent price is subject to a cap.

Rent controls were introduced in Ireland at the beginning of 2017. The Irish government has attempted to stabilise rents in high-pressure areas by setting limits on the rent increases landlords may demand. To say the success of these measures has been limited is an understatement. In the first quarter of this year, rent prices had risen by 7% in Dublin, despite the annual limit being set at 2%. And some student accommodation providers were able to hike rents up by as much as 27%.

There are a number of reasons why Ireland’s rent controls have failed. The first is that there are many exemptions. The rental price of renovated properties can be raised above the 2% limit, and the initial price of new properties entering the market is not subject to a cap. Moreover, landlords with new rental properties, knowing that future rent increases will be capped, are incentivised to charge higher prices.

Another important factor limiting the success of rent controls in Ireland is the inability to successfully monitor the system. The Residential Tenancies Board (RTB), who are responsible for rent regulation, cannot identify price hikes over the legal limit. Instead, it is for tenants to flag up where this has taken place. One issue with this is that tenants do not always know what the rent price was prior to their tenancy. Furthermore, given the pressures on housing supply, tenants may be willing to ignore unlawful rises in rent for the sake of having somewhere to live.

The Irish government has also been slow to give their regulator teeth. Proper sanctions for offending landlords have been slow to materialise, though proposals to address this problem have been announced. Similarly, a rental register is set to publish average rents for particular areas in the hope of exposing noncompliant landlords. It remains to be seen what effect these measures will have.

The issues facing the Irish government are by no means unique. German authorities face many of the same problems with respect to their rent control measures.

Matters are slightly more complicated for students living in purpose-built student accommodation (PBSA). Students are not, by law, tenants under those agreements; they are licensees. Thus they are not covered by the rent regulations that ordinary tenants are. This is, however, likely to change. Both Fianna Fáil and Sinn Féin introduced private members’ motions earlier this year to try and grant tenancy rights to students living in PBSA, and the Irish government is set to introduce legislation when parliament resumes later this month.

Time will tell whether such measures suffer the same pitfalls as those in the private rented sector. One might think that the monitoring of PBSA ought to be more straightforward given the relative unity of that system compared with the private rented sector. But with seven thousand more bed spaces under construction in Ireland over the summer, and the same number having been granted planning permission, it isn’t clear that rent stabilisation will prevent those bed spaces being charged at a price much higher than those already in use.

Rents growing out of control pose problems for many in the UK, particularly those on low incomes. But they also disproportionately affect younger generations who, according to recent research, make up the majority of private renters. The lessons from Ireland are largely negative, though how much of that is a function of poor implementation or poor policy is difficult to determine.

There is much dispute about the economics of rent control, with many opposed to such measures arguing that controls further restrict supply, making the problem worse. But in places where annual rent rises are significantly higher than inflation, one might think that moderate controls could alleviate some of the pressures tenants feel without deterring investment.

Others might well argue that making housing less of a cash-cow for investors is precisely what the UK needs. For some, relying solely on the private sector to increase housing supply is a mistake. As Kath Scanlon, a research fellow at the London School of Economics, said in 2017: “Rather than putting all our eggs into the basket of private speculative house building, out of which we carve a little portion of affordable housing, we should be reviving the construction of public housing, of housing association affordable housing, at a much bigger scale.” One way to encourage this would be to reverse the decision that prohibits local authorities from borrowing money in order to finance house-building.

Everyone agrees that the UK needs more housing. Rent controls address the symptoms of the problem, rather than its cause. The question for policy-makers is whether rent controls can help to relieve the symptoms, or will simply make them worse.