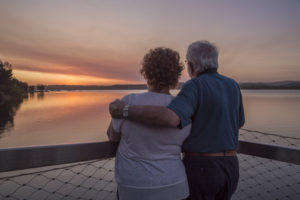 Pensions aren’t a subject which receives a huge amount of attention from the media, except on the occasions when a large company is going bust – and when highly emotive legal wrangles ensue over the fate of the current and former workers who were relying on its pension scheme to support them in their retirements (such as British Steel or BHS, to give two recent examples). Yet having a pension plan in place is crucial for individuals who want to be able to stop working one day; pensions have also historically been one of the main ways in which people accumulate wealth over their lifetimes (alongside housing), and funded pension schemes play a major role in capital markets.

Given the enormous changes that have occurred in the pensions landscape over the past couple of decades, it is extremely important that today’s younger workers in the private sector start putting enough money away to build up a pension pot for their future. However, some recent data from the ONS on rates of pension saving show just how much of a challenge that remains.

The pensions saving landscape has undergone a huge shift since the early-1990s, which has witnessed the almost total closure of defined-benefit (DB) (or final-salary) pension schemes within the private sector and their replacement with defined-contribution (DC) schemes instead. In a nutshell, the difference between DB and DC pensions is that individual workers are guaranteed to receive a certain level of income for life when they retire with the former, whereas with the latter they accumulate a certain amount of money in a pension fund during their career which then has to support them once they want to start drawing it down (either through purchasing an annuity or by taking advantage of the new pension freedoms).

DC pensions essentially have three disadvantages for the individual pension saver compared to DB ones: the individual has to bear investment risk (meaning they bear all the risk of their pension not being valuable enough to fund their retirement); they bear all the longevity risk (because the money in their fund has to last as long as they live, and people are notoriously bad at estimating their own life expectancy), and DC pensions are usually less valuable than DB ones (assuming that two individuals had been contributing for the same length of time) because typical contribution rates are much lower.

Between World War Two and the early 1990s, most large private sector employers offered their employees DB pension schemes, which were also ubiquitous within the public sector. However, since that time private sector DB schemes have gradually been becoming closed to both newer employees, and (in some cases) the accrual of further pension rights by existing ones has been curtailed (DB pensions have also sought to save money by switching the basis on which someone’s pension is calculated away from final salary and towards career average). The upshot of this process has been that there are now significant inequalities – in terms of how generous a pension someone can expect when they retire – between younger workers in the public sector and those in the private sector, and also between the generations in both sectors.

There were a number of reasons why DB schemes were gradually closed within the private sector. One important factor was rising life expectancy, which made providing someone with a guaranteed income for the rest of their life significantly more expensive, especially now that the average person can expect to live around a further two decades from the age of 65. However, a factor which may have been even more important was the tightening up of pension regulations in the 1990s and early 2000s; as John Kay and the former Governor of the Bank of England, Lord King, highlighted in a fascinating recent blog, the intention behind increased regulation was to safeguard the rights of future pensioners in the event that employers tried to walk away from the obligations which they’d built up (as happened notoriously with the scandal over Robert Maxwell’s Mirror Newspapers Group), but the perverse outcome of forcing private employers to set enough money aside to do this was to make DB pensions so expensive that they have virtually disappeared.

The ONS recently produced its annual Occupational Pension Schemes Survey dataset, which provides a lot of information about current trends in pension saving. This highlighted the significant trend that the number of people who are saving into a pension has risen dramatically in recent years, a change which can largely be explained by the implementation of the government’s auto-enrolment policy. Enrolment in private sector occupational pension schemes has risen from only 2.8 million as recently as 2013 to 8.8 million in 2017, a huge increase, which has largely come about because of the decision to compel all employers above a certain size to offer their staff a defined contribution pension scheme, with legally established minimum contribution rates for both the employer and the employee.

However, while the increase in the total number of people who are actively saving into defined contribution pension schemes is a good thing, it remains an open question whether many of them are saving enough to enable them to fund a decent standard of living in old age. The ONS data show that for private sector DC schemes, the average contribution rate in 2017 was only 3.4% of pensionable earnings, with members contributing 1.2% and employers putting in 2.1%. This stands in sharp contrast to the average contribution rate for the remaining DB pension schemes within the private sector, which was 25.2% of pensionable earnings – 6% coming from employees and 19.2% coming from employers. Clearly, the two types of scheme inhabit completely different worlds in terms of their value to the employee.

What makes the figure for DC pension contributions especially concerning is that it represents a drop from 3.2% in 2016. Higher minimum contribution rates are currently being phased in under the auto-enrolment legislation: until 5 April 2018, DC schemes require a minimum contribution of at least 2%, with at least 1% coming from the employer, which is why rates are currently so low, but the minimum contribution will increase to 5% in the financial year ending 2019 (with employer minimum contribution of 2%) and 8% from 6 April 2019 onwards (with employer minimum contribution of 3%). The long-term success of the auto-enrolment policy will largely depend on whether workers opt to remain active members of their company DC schemes once they start noticing a larger bite coming out of their monthly pay packets (even though it is very likely to be in their long-term financial interests to do so), and, ultimately, whether people who contribute at these levels for several decades will manage to accumulate sufficient value in their pension funds to pay for their retirement. DC pensions are far from perfect, but for today’s young adults, they represent by far the most significant game in town.