Sam Couldrick, IF researcher, looks at cuts to school funding and considers the UK’s austerity programme in light of one of its original justifications 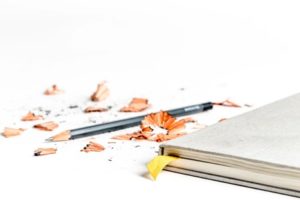 The Institute for Fiscal Studies (IFS) has found that school funding in England has been cut by 8% in real terms in the last 8 years, and in Wales by 5% over the same period. Headteachers have blamed cuts to school funding for the increasing number of exclusions, whilst Londoners commuting on the tube last week found a spoof “School to Prison” tube line map on GCSE results day, drawing attention to the fact that only 1% of pupils permanently excluded from school will attain five good GCSEs, and over half of the UK’s prison population were excluded from school.

This presents a rather bleak picture for young people in the UK, and yet, from the advent of austerity, part of its justification was said to be in doing right by young people.

At the 2010 Conservative Party Conference, David Cameron spoke of the importance of not “leav[ing] it to our children – the ones who had nothing to do with all this – to pay our debts tomorrow”. This sentiment was reiterated in 2017 by Michael Gove who, speaking on the Today programme, said “we need to get on with the job of reducing the deficit so that we do not saddle the next generation with a burden of debt.”

When taken with the actual cuts that have been made, the reasoning behind this justification for austerity appears somewhat confused. It divorces public spending (and public debt) from the children that might be set to benefit from it, presumably because the money is being spent by the generation who are the parents of those children. This may work for spending that benefits only the parents’ (and grandparents’) generation, but in education, and child-rearing in general, the picture is rather more complex.

It is not unusual for parents to make decisions on behalf of their children that might affect their children’s future (what they eat, which school they go to, whether they are raised according to a particular faith). The narrative that children will have to pay for their parents’ spending ignores the surely crucial point that much of the spending undertaken benefits those children, and there’s no reason to think that those children shouldn’t have to pay for it in due course (through higher levels of taxation, for example).

Moreover, there are particular reasons why we should be concerned with the funding of our education. Our years in education are formative, and crucially important to our development. Unlike temporary squeezes on income, they are not easily recovered, or compensated for, in later life as the “School to Prison” tube line attempts to illustrate. According to the latest empirical research, higher levels of school funding can improve later-life outcomes, as the IFS’s study notes.

This is, of course, to focus only on what we might call “direct” cuts to children’s services, ignoring the impact that parents’ squeezed incomes have had on their children. Were we to consider the impact of cuts made to family incomes, as the Child Poverty Action Group did in 2017, then the story would become bleaker still.

The picture so far presented is, however, incomplete. For it is not only that children’s services have been cut, but that a similar price has not been asked of the UK’s older generation. If the intergenerational justification was made in good faith, one might expect those who, to adopt Cameron’s terminology, did have something to do with it to bear some of the burden. Analysis conducted by the LSE in 2015 found that this hadn’t happened. Indeed, it found that whilst spending on children had been cut between 2010 and 2015, spending on pensioners had risen (both had risen under the previous Labour government). A result for many Tory voters, less so for those on whose behalf David Cameron claimed to be acting.

It is always worth considering the potential responses to the charges one makes. One response could focus on future generations. Perhaps the government might suggest that cuts had to be made here and now to prevent future generations footing a bill that they had absolutely nothing to do with. But well-funded public services do benefit future, yet-to-exist generations. We could imagine them born to a generation of highly-skilled parents, delivered by a well-funded national health service, and inheriting a prison system that isn’t bursting at its seams.

And if the government really did insist that concerns about future generations justified cuts to schools and children’s services, might not the existing younger generation reply, and with some plausibility, “we were the future once”?