As the Greek economy reaches the crucial moment marking the end of its third (and hopefully final) bailout programme, David Kingman looks at whether the position of its young people has improved 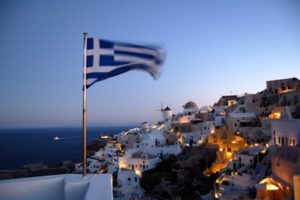 Back in 2016, IF published our European Intergenerational Fairness Index, which compared the socio-economic wellbeing young adults across all 28 members of the European Union (EU). Using data that went up to 2014 across a range of 13 indicators, we managed to identify a very clear “winner” in terms of which country was the worst one in which to be a young adult, and it wasn’t particularly close: Greece, whose score was nearly 17% higher than the closest runner-up, Italy, and 46% worse than the EU average (the Index was designed to measure “intergenerational unfairness”, so higher scores meant that unfairness was worse).

This result was entirely understandable, given that the Greek state had effectively gone bankrupt in 2010 following the Global Financial Crisis and needed to be bailed out by the so-called “troika” of the EU, European Central Bank (ECB) and International Monetary Fund (IMF) in order to avoid defaulting on its international debts. As anyone who has followed the Greek story since then will be well aware, the enormous amount of funding they’ve provided to keep the Greek state propped up over the past eight years (over 300 billion euros, or $346 billion) has only been provided on the condition that the Greek government imposes multiple rounds of swingeing austerity measures in order to obey the terms of the bailouts. On 20 August, the Greek economy is expected to reach a crucial inflection point when it finally exits the bailout programme, which you would hope would catalyse an improvement in young Greeks’ situation. How has Greece changed for young people in the last eight years? And is it really likely that things are starting to get better?

Greeks of all ages have suffered greatly under their country’s economic crisis, but young adults were the worst-affected group in many respects. Nationally, the unemployment rate for Greeks aged 15–24 peaked at 60% at the height of the crisis in 2013, which meant that you were in quite a small minority within this age group if you wanted a job and had actually managed to find one. Moreover, even the appalling official unemployment figure may have actually flattered the situation, given that at least some of the employed were almost certainly doing work that was part-time and/or temporary and insecure, when you would expect that most workers would have desired stable, full-time jobs.

Even though the situation was better for slightly older workers (those aged 25–29), unemployment among this group was still in excess of 40% in 2013. Now unemployment rates for both of these two age groups have fallen significantly, to just over 40% and 30% respectively, but both figures are still much higher than the figure for the Greek economy as a whole of around 20% (which is itself still well above the EU average of just 8%). A fairly significant part of this decrease appears to have been accounted for by emigration: between 2008 and 2016 over 400,000 people (almost 4% of Greece’s entire pre-crisis population) are believed to have emigrated in search of better opportunities elsewhere. Although no figures have been recorded for how these emigrants were distributed by age group, starting again from scratch in a foreign country is generally seen as a younger person’s game. The share of the resident Greek population who were aged 20–39 has also fallen by 5% during the period since 2008, which lends further support to the idea that it was mainly younger people who emigrated.

Is the Greek economy doing better?

Dr Vasilis Leontitsis, a lecturer in Globalisation Studies at the University of Brighton, told the BBC (follow the link above) that Greece now has a “lost generation” who are still struggling in the aftermath of the crisis, even though Greece is now exiting the bailout programme:

“[Young people] are disillusioned regarding job prospects in Greece. Scores of young people – among them many educated – have left the country aiming for a better future in other EU countries and beyond… the everyday reality of the country’s youth remains extremely precarious.”

It’s not hard to illustrate just how precarious Greece’s overall economic situation still remains. Although the country has officially returned to growth – the Greek economy expanded by 1.4% in 2017, the highest level recorded since before the financial crisis – GDP is about 22% lower than it was back in 2009; to put the situation another way, even if the Greek economy managed to start growing at 2% per annum, it would still take almost 11 years of continuous growth just for it to be the same size in 2029 as it was in 2009. Most of the country’s other key economic indicators are still in extremely worrying territory: yields on Greek 10-year government bonds are over eleven and a half times as high as the equivalent figure for German bonds (although the gap between them is now about as low as it has ever been since the crisis); Greek debt is now worth 180% of GDP, and the Greek stock market has lost nearly 40% of its value since 2014.

The only conclusion which one can really draw from this grim collection of statistics is that Greece is far from making a full recovery from its economic crisis, and that years of further struggle and austerity almost certainly lie ahead. Indeed, although the third bailout may be ending, the Greeks have still had to accept quarterly reviews of its government finances from the troika institutions (which is actually more frequently than they reviewed them during the bailout period itself), and under the terms of ending the bailout they will have to continue adhering to strict budget constraints and increase the pace of privatising state assets (including selling off Athens’ main airport).

The scale of the problems facing young Greeks can be illustrated not just by the country’s unemployment figures, but also by the cost of housing in the country. According to data from Eurostat, over 40% of Greeks suffer from “housing cost overburden”, which means they spend more than 40% of their disposable monthly income on housing (compared to only 11% across the Eurozone as a whole); for tenants renting at full market price in the private rented sector, this rises to 84.5% – by far the highest rate of any European country. For as long as the Greek economy remains stuck in its current sclerosis, good jobs are likely to remain extremely scarce, and the cost of putting a roof over one’s head will remain extremely unaffordable. Greece’s protracted economic crisis may finally be easing, but for many young Greeks an optimistic future remains a long way away.