David Kingman gives an overview of the findings of IF’s latest research project, which looks at how the wellbeing of young adults has changed over the last two decades 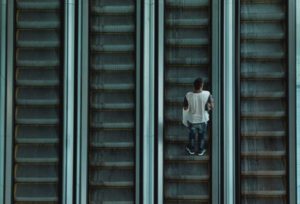 Norman Kirk, who was the Prime Minister of New Zealand between 1972 and 1974, famously once said that all most people want is “someone to love, somewhere to live, somewhere to work and something to hope for.” You could say that this analysis goes to the heart of IF’s latest research project, which attempted to measure how the overall wellbeing of young adults has changed over the past few decades.

Largely thanks to the work of IF and a number of other organisations, there is now a nearly unanimous view among economists, the media and policy-makers that today’s young adults are doing worse economically than their predecessors did. This perspective is supported by a plethora of evidence: average real wages are lower now for workers in their 20s than they were 10 years ago, housing has become increasingly unaffordable in most parts of the country, and new graduates in England have higher student debts than anywhere else in the developed world. However elusive genuine solutions to them remain, these issues now all rank highly on the political agenda.

Yet, here at IF we felt that this situation raised a further set of additional questions. Given that there is so much more to life than simply economics, could young people also be struggling in other important areas of their lives? To help us find an answer, we turned to the concept of “wellbeing”.

What is “wellbeing” and how did we measure it?

“Wellbeing” is a term used in economics and other social sciences to mean, effectively, “happiness” or “quality of life”. In essence, it refers to the idea that human happiness is multi-faceted (i.e. it’s affected by a wide range of different things), rather than simply economic factors, which have been the traditional focus of economics and politics. This might seem obvious to a lot of people, but it’s worth remembering that economics has become so central to our way of thinking about and measuring human progress that very little else receives any real consideration in the public debate. Governments are still judged by GDP growth above practically everything else, even though, in the words of American presidential candidate Robert Kennedy, “the gross national product does not allow for the health of our children, the quality of their education or the joy of their play. It does not include the beauty of our poetry or the strength of our marriages, the intelligence of our public debate or the integrity of our public officials.” Recent years have witnessed the development of a range of different initiatives by various governments and non-governmental organisations (including the UK Office for National Statistics’ own Measuring National Wellbeing project) which have attempted to address this lacuna by providing some kind of statistical measure of wellbeing that can be used to compare the happiness of different countries or different groups or people.

Inspired by a lot of the activity which is going on within this space, IF decided to try to compare the wellbeing of young adults over time. To do this we needed a data source which would enable us to find out a lot about all sorts of different areas of young peoples’ lives, and we needed a way of working out what was really important to their happiness.

The solution to the first of these challenges was to use the British Household Panel Survey, a long-running household study which captures a huge array of variables from its participants on a wide range of topics for every year going back to the early 1990s. In order to make a valid comparison across time, we decided to compare the cohorts of young adults who were aged 20 to 29 in 1995, 2005 and 2015 respectively (data from the latter group had to come from a separate study, Understanding Society, which replaced the British Household Panel Survey several years ago).

When it came to working out what matters most for wellbeing, we turned to the accumulated knowledge that has been gathered from previous studies in this field over the past three decades. What was interesting about this was that across the very wide variety of studies that have been performed on wellbeing, a number of common themes appear to have emerged. Briefly, these are that the most important things for human happiness are having a job (preferably one that you enjoy doing), close relationships (with family, friends and romantic partners), being in good health, feeling safe in and liking your immediate environment, and having something to believe in (whether that’s religion, politics or some other kind of cause). Interestingly, this is actually quite similar to what the aforementioned Norman Kirk concluded about human happiness back in the 1970s, which perhaps emphasises how obvious and logical it seems.

Using this research, we selected a number of variables from within the dataset which could be grouped together under the following five “domains” of wellbeing: Economic Wellbeing, Relationships Wellbeing, Health Wellbeing, Environmental Wellbeing and Belonging Wellbeing. The idea was that each of these variables would help to measure the overall score for one of the five indicators; for example, the Belonging Wellbeing domain contained three indicators which measured the following: whether the survey respondent has a religious faith, their level of interest in politics and whether they had volunteered in the past year, as these are all things which had been associated with wellbeing in the previous research.

Once we had our model and our data from the surveys, all that remained was to standardise each variable as a unit-free value between 0 and 100, then work out the average for each indicator and each domain in each of the three years being studied, and use that to calculate an overall value for the Index as a whole.

The findings supported our original hypothesis that young adults’ lives have been getting tougher across a wide range of domains that go beyond simply their economic struggles.

Overall, young adults’ wellbeing fell by 10% between the 1995 and 2015 cohorts, but there were much more concerning falls in some of the individual indicators. What we were especially struck by were the apparent declines in two specific areas: Health Wellbeing and Relationships Wellbeing.

Health Wellbeing was marked by the 25% fall in the specific indicator which asks respondents to assess how they feel about their overall health on a scale from one to six. Interestingly, a separate indicator which specifically assessed their mental health found virtually no change between 1995 and 2015, suggesting that the young adults may be more concerned about their physical health than the frequent media stereotyping of Millennials as health-conscious, fitness-tracking avocado-eaters would suggest. Some possible explanations for this trend are that it could be related to the rise in obesity, which has increased sharply among all age groups during this period, or it could be to do with social media making young adults more self-conscious about their health and diets because they compare themselves with their peers more.

Relationships Wellbeing also found significant declines in the indicators which measured how close people are to their families and how much contact they have with their closest friends. This suggests that despite the rise in the use of social media, young adults could actually be having less contact overall with their closest friends, possibly because social media enables them to maintain more regular contact with a wider circle of looser connections. It could also be that other factors affecting this age group – particularly economic pressures and also the fact that they are more likely to live away from where they grew up than previous cohorts were – are resulting in less social contact.

The overall conclusion that we drew from this research was that young adults are facing a declining quality of life in multiple, important areas of their lives, and policy-makers should seek to address falling wellbeing holistically, for example by trying to tackle social isolation across the whole population. This is only the first year of this project, and we intend to expand our analysis in future years to see how the wellbeing of young adults is changing in modern Britain.

To read the full research report or the press release, click on the following link: