Recent graduate Sylvie Markes reports on the Minister for Universities’ recent initiatives to improve mental health services at universities, but queries whether they are adequate 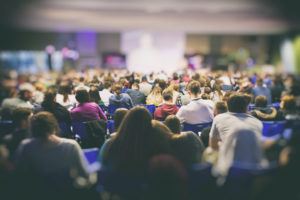 The underlying message of the announcement is, as Gyimah declared, that “Universities should see themselves as ‘in loco parentis’ – not infantilising students, but making sure support is available where required.” He argues that “It is not good enough to suggest that university is about the training of the mind and nothing else, as it is too easy for students to fall between the cracks and to feel overwhelmed and unknown in their new surroundings.”

Within Gyimah’s announcement was the creation of a new University Mental Health Charter, detailing measures that universities must heed in order to be officially recognised and rewarded by the charter. Prospective students would then be able to distinguish which universities are taking student mental health into account by seeing whether their university is officially recognised.

Gyimah has also proposed an opt-in system which would enable universities to share information about a student’s mental health to their parents or elected person/s in the event of mental health difficulties. In their first week of university, the student would be asked whether they would like to opt into the scheme, with the opportunity to change their mind throughout their studies.

Gyimah also announced the creation of a research group, led by the Department of Education, that will explore the difficulties that students encounter in the transition to university, in the hope of reducing the stress and mental health strain that such a transition can provoke.

Whilst these measures are no doubt a step in the right direction, we must remain wary about both the government and universities paying lip-service to student mental health whilst perpetuating the conditions that contribute to mental health difficulties.

Since 2012, despite the introduction of £9,000+ tuition fees, itself a contributing factor to worsening mental health, universities have experienced a drop in real-terms funding. This has led universities to increase their student intake to make up for the loss of funding. For example, from 2011 to 2016, Aston University expanded by 80%, Coventry University by 53% and Surrey by 50%. Resources – including tutors and, specifically, mental health services – are then stretched across a bigger number of students.

Universities UK, a representative voice for UK universities, has revealed that 94% of university institutions have reported a “sharp increase” in demand for mental health services in the last five years, with some institutions reporting a three-fold increase. There has been increasing awareness across campuses nationwide of the mental health difficulties that students face. However, that awareness has not led, and does not always lead, to sustained action addressing the root of those mental health difficulties.

In the case of the University of Bristol, where ten students have committed suicide in the last 18 months or so, an extra £1 million is being spent on wellbeing services. However, whilst £1m seems a lot, some students bemoan the comparison with the £300 million that is being spent on expanding the campus. This expansion will presumably result in a greater number of students attending the university, and thus a larger number of students needing access to mental health resources.

There is a similar story at the University of York (where I studied from 2015 to 2018), where greater attention about mental health masks the increasingly ineffectual care being offered. In my last year, there were constant adverts around campus detailing talks about mental health and offers of group workshops exploring “wellness”. However, whilst there was obviously more marketing aimed at student wellbeing, there was less actual help available from trained therapists, meaning that students with the most severe mental health difficulties were often inadequately provided for.

Student mental health can no longer be ignored and Gyimah’s initiatives reflect that. However, the government or universities simply paying lip-service to this issue is not enough; conversations about it are not enough. The onus is on universities and, by extension, the government to provide sustained assistance that is accessible to all students in order to properly address their mental health issues, rather than providing a plaster that will temporarily mask their problems.