David Kingman provides a guide to the latest ONS research into inequalities in personal wellbeing, and looks at what it could mean for today’s young adults 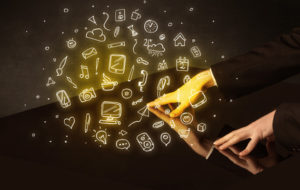 The Office for National Statistics (ONS) has instigated a research programme over the past several years that has attempted to measure people’s “wellbeing” – that is to say, their level of happiness and satisfaction with their life at present, in order to provide deeper insights into people’s quality of life than can be gleaned using purely economic metrics such as levels of employment or earnings.

IF has a forthcoming research study which compares the wellbeing of today’s young adults with those of young adults in two previous birth cohorts, and attempts to measure whether their wellbeing is improving or getting worse over time. So the issue of wellbeing is currently high on our agenda.

One of the most interesting strands of analysis which the ONS’s Measuring National Wellbeing project has pursued has been to look at the inequalities in the wellbeing of different groups within society. This is extremely useful because while we all know that there are severe socio-economic inequalities between different groups within British society, much less is known about inequalities in wellbeing and how severely they affect different groups in relation to class, age, ethnicity, housing tenure and so on. The ONS has investigated which socio-economic variables are associated with belonging to the groups that have the lowest wellbeing, which had particularly important implications, given the shifting patterns of housing tenure in modern Britain, as this blog will explain.

As explained above, “wellbeing” can be used as a shorthand for human happiness or quality of life. As we explain in our forthcoming report on young adults’ wellbeing, a variety of different ways of measuring wellbeing have been developed over the past 30 years or so as the subject has risen up the academic and policy-making agenda. Broadly speaking, one of the main aspects in which these different ways of measuring wellbeing vary is whether they view wellbeing as something that people are capable of evaluating subjectively themselves (i.e. revealed by asking them how happy they are, using surveys) or whether they treat wellbeing as something which can be objectively assessed externally (i.e. revealed by measuring whether or not their lives contain things which previous research suggests are associated with happiness, such as good relationships).

The ONS has developed a model which is explicitly subjective; in one of its major social surveys, the Annual Population Survey, participants are asked four questions where they have to rate their wellbeing on a scale between one and ten (where 0 is “not at all” and 10 is “completely):

The answers that respondents gave to these questions are then combined to produce an overall score for individual wellbeing, and these scores are then aggregated to examine the wellbeing of different groups of people with particular characteristics. Naturally, there are certain drawbacks to this method of measuring wellbeing: it relies upon people being both honest and self-aware, and on catching them at a moment when they haven’t just experienced some kind of emotional extreme. Nevertheless, it has become well-established as a way of benchmarking the wellbeing of the population, and it has led to the discovery that certain groups experience especially low wellbeing.

In its latest piece of research, the ONS was particularly concerned with a group of roughly 500,000 people whom they had identified as suffering from especially low levels of wellbeing; this means they scored four or below on the top three questions and six or above on the bottom one (as higher scores for anxiety are associated with lower wellbeing). Using a combination of descriptive analysis, logistic regression (a statistical technique for examining the significance of relationships between different variables) and latent class analysis (a different technique for putting together various groups of respondents within a dataset on the basis of their shared characteristics), they analysed these people to see which other variables within the Annual Population Survey were particularly closely associated with being in this group that has especially low wellbeing.

The findings corroborate the main thrust of previous wellbeing research, which is that health, personal relationships and employment are among the most crucial components of a happy life. By far, the variable that had the greatest association with very low wellbeing was being in self-reported “Bad” or “Very Bad” health; saying that you had a disability also increased your risk of being in the lowest wellbeing growth by half compared with the non-disabled.

The findings in relation to age were interesting. Wellbeing research has previously identified that the relationship between subjective wellbeing and age evinces a U-shaped pattern; wellbeing tends to be highest for adolescents and people who are above retirement age (although it dips again among people who are above 80), and lowest for people who are middle-aged. Why this is the case is unclear: it could be a cohort effect, whereby because wellbeing hasn’t been a topic of research for very long it is just that Millennials have higher average wellbeing than Generation X, and therefore the age distribution of wellbeing will shift as today’s younger generation gets older, or it could be that there are a number of more instrumental reasons why wellbeing would dip in middle age, such as the greater burden of responsibility for looking after children and elderly parents which tends to coalesce during that period in life, or possibly because it is when they are middle-aged that people have to let go of certain aspirations they might have had when they were younger. It has also been shown that the suicide rate peaks in middle-age, especially among men, which suggests that this is the most vulnerable period for people’s mental health in general, although a precise explanation for this pattern has never been provided.

The new ONS research on people who have the lowest wellbeing mirrored this pattern, as being middle-aged was one of the most significant risk factors associated with having very low wellbeing. However, the research also showed that wellbeing starts to dip once people enter their 30s, as compared with people aged 70 and over (the group which has the highest average wellbeing), those aged 30 to 39 years were 2.4 times more likely to report the poorest personal wellbeing when the impact of all other factors was held constant.

It isn’t clear exactly why renters appear to have lower wellbeing; it could be that the instability of renting itself – and the generally poorer quality of rental housing compared with other tenure types – could be a contributing factor, or it could be that the types of people who are more likely to live in rented accommodation have lower wellbeing in general (i.e. they are more likely to be disabled, poor and/or single than people living in other tenure types).

However, the fact that wellbeing is significantly lower for people who are in their 30s compared to their 20s, and that Millennials are much more likely to be renters in general than older people, does raise the worrying possibility that the housing crisis could significantly lower the wellbeing of today’s young adults. Given that there has been an enormous shift towards renting over the past three decades, which could see many Millennials spending their entire lives living in private rented accommodation, this possible association does at least need to be explored in more detail by policy-makers and analysts to see whether it could be having a negative effect.