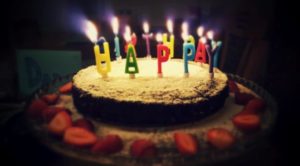 It’s been apparent for several years now that Britain’s National Health Service (NHS) has been suffering from a severe funding crisis, following nearly a decade which has seen some of the lowest government spending increases in its entire 70-year history. In the past week, the government finally bowed to the pressure which campaigners have been placing on it for a funding increase by announcing that the NHS will receive an extra £20 billion per year between now and 2023, a move which has been marketed as a “70th birthday present” that marks the 70th anniversary of the inauguration of the NHS in July 1948.

While this looks like a positive decision on paper, naturally it raises the question of whether this additional money will actually be enough to finally cure the NHS of the problems which ail it, or if instead it merely represents yet another sticking-plaster solution being placed over a gaping wound. How likely is this money to solve the NHS funding crisis, and also, where will it ultimately come from?

The key problem facing the NHS when it comes to funding is actually quite technical. Although spending on the NHS was officially ring-fenced during the government’s austerity measures between 2010 and 2015, matters of government funding are never quite what they seem when you look at them under the microscope. The problem for the NHS was that, although funding levels were protected, this protection only really applied to services that were delivered in hospitals (under the auspices of NHS England), whereas spending on a range of ancillary aspects of health care were not protected, including capital expenditure on new buildings, local authority public health budgets, and budgets for training nurses and midwives, which led to deep retrenchments in these areas. The other big problem was that spending was only protected in nominal terms rather than real terms, which meant that the actual spending power (the amount of health care the same amount of money would buy over time) was falling each year because of inflation, and, relatedly, the population was also rising and ageing, so the amount of demand per person was increasing at the same time that real spending per person was falling.

The promised increase of £20 billion in real terms would amount to an increase of 3.4% per annum throughout the specified period. As the chart in this article demonstrates (see link), this would represent a significant increase above the annual amount throughout the period since 2010, which has never been more than 2.2% per year, but it would still be below the average annual increase which the NHS has been granted throughout its history of 3.7% and a very long way below the annual increases of 6% that it was allocated during the years of New Labour’s time in office.

Although health leaders have broadly welcomed the news, concerns have already been raised about the lack of clarity over what exactly this funding increase will and won’t cover – an issue which, for the reasons mentioned above, is crucial to working out what sort of impact this funding increase is likely to have. Already, it does appear that local authority public health budgets will not see any additional money, a decision which critics argue will put additional pressure on the NHS in future because of more general ill-health within the population. Also, there is still no real news about the future of adult social care, bar a reminder that the government is currently consulting on different options and plans to outline its strategy in a new green paper later this year; again, this is another issue that has become intractable from the problems facing the NHS because of the role that inadequate social care services play in increasing hospital admissions and delayed discharges among older people.

The second question mentioned above referred to the even more vexed issue of how increasing the NHS’s funding will be paid for. In making its announcement, the government chose to emphasise that much of the funding will come from what it calls the “Brexit dividend” – i.e. the extra money that the UK government will supposedly have at its disposal once it is no longer making financial contributions to the EU’s budget following Brexit. Of course, this is a call-back to the infamous Brexit “battle bus” employed by the Vote Leave campaign, which famously had a promise – emblazoned down one side – to spend the “£350 million a week” that the UK sends to the EU (although the real figure is significantly lower when you correctly include the UK’s rebate) on the NHS instead.

The problem with the government’s claims about the Brexit dividend is that hardly any reputable forecasters believe there will be one. Indeed, the dominant view is that Brexit will cost the UK government money at least in the short term, leaving it with less to spend on all areas of public services; the Institute for Fiscal Studies (IFS) has estimated that the short-term hit because of Brexit will cost the government around £15 billion per year. Although government ministers have subsequently started talking about how some degree of tax rises will also be necessary to pay for the NHS, the public debate on this vital matter is clearly only just beginning.

From an intergenerational fairness perspective, it is concerning that the idea of raising National Insurance contributions is so frequently promulgated given that they are a tax which applies only to people of working age; as IF has argued previously, given that the majority of NHS and social care service users in the short- to medium-term will be people who are already above state pension age (or currently close to it), then allocating more resources to it purely by taxing people of working age seems intergenerationally inequitable. IF has argued strongly that, subject to the same caps and thresholds which apply to all other workers, people who work beyond state pension age should have to start paying National Insurance, and this measure could unlock an additional £2.8 billion a year to help fund health and social care.

Of course, this measure would be inadequate on its own to meet the whole of this funding increase, and there are a whole range of possibilities confronting policy-makers for how they could raise the additional money: putting an extra 1% on income tax and freezing thresholds would do a lot of the work, as would scrapping the cut in corporation tax from 19% to 17% which is currently scheduled to come into force. The key point is that, even though the government has promised to increase the NHS’s funding, the thorny question of how to pay for it still needs to be answered, and intergenerational fairness deserves to feature strongly within the list of considerations that should be brought to bear on this decision.