Delving into a new review, IF researcher Chloe Wall looks at the crippling impact of student debt on young graduates, and calls for more holistic research to prevent a future crisis 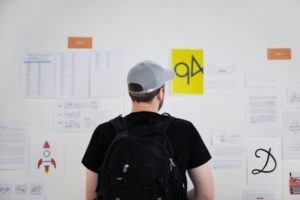 It is hardly ground-breaking news that university is expensive, or that students are having to take out astronomical loans to afford higher education. Indeed, it has long been assumed that this significant debt would lead to problems for students after graduation.

A new review undertaken by the Centre for Global Higher Education (CGHE), based at University College London (UCL), and the University of Michigan, points to the ways in which the burden of student debt falls heavily on young graduates, and influences the decisions they make later on in life. It shows how student debt negatively permeates graduates’ mental and physical health, as well as their long-term financial situation.

If we don’t do something about this now, the UK could be facing an unprecedented crisis as the current generation of graduates grow older.

The knowledge of such a large student debt weighs heavy in many young people’s minds – with students from low-income families graduating with debts of around £57,000.

It has been suggested that such debts can lead to lower psychological functioning, poor sleep and lower self-esteem. Considering the alarming statistics depicting the rise of mental health issues in young people, these sorts of studies should not be ignored – especially as the nature of student loan debt means it is likely to linger for much of an adult’s working life: it can be assumed that a graduate on an average starting salary of £19,000 in the UK will never fully repay their debt. Therefore, for most of their working life, graduates will face a marginal tax rate of at least 41%. Unsurprisingly, this seems set to wear them down both mentally and physically throughout the decades, whilst colleagues just a generation older will never have faced such a debt.

Put bluntly, repaying a student loan means that individuals have less income to save. Higher education is now a significant investment, and whilst worrying about retirement savings may not be a common preoccupation for young graduates, increased levels of debt have been shown to lower long-term savings.

Crucially, this is leading to a reduction in money put aside for retirement. Any suggestion that today’s young people will save enough to support themselves in retirement seem almost ludicrous when compared to other studies that suggest one in three young people will never own their own home.

Whilst all attention is diverted to the current social care crisis we face, if we do not tackle the fact that young graduates are unable to save for their retirement, we may have an even more concerning issue on our hands in years to come.

As an example, the review finds that student debt discourages entrepreneurship – perhaps a result of graduates feeling they don’t have the freedom to take financial risks. This seems bizarrely counterintuitive, considering that the country should be encouraging all opportunity to harness the intellectual thought and creativity developed in graduates whilst studying. A system which stifles entrepreneurship also stifles future productivity and ability to compete in global markets.

Furthermore, the pressures of a looming debt mean that graduates are more likely to take a job that is not their first choice. For a graduate who has undertaken years of study, and paid a pretty hefty price to do so, all on the promise of increased prospects post-university, this is a particularly ironic twist.

We must do more

As Claire Callender from the UCL Institute of Education and Birkbeck says, the recent rise in university tuition means that we are currently unable to get a good idea of the long-term consequences for graduates. However, considering the recent report from the House of Lords Economic Affairs Committee, which finds the student loan system in need of immediate reform, this review could not be more timely.

Much of the current academic literature on long-term impacts of student loan debt has been undertaken by economists. It seems pertinent to urge other academic disciplines to get involved, and truly encourage a holistic view of the burden of student debt, and what it means on a personal and individual level. Until we do so, we will be ill-equipped to put in place appropriate reforms and structures to address the impact of such worrying levels of student debt.

Photo by rawpixel on Unsplash