Politicians are apt to regret not doing more about key issues when they had the chance. As Angus Hanton, co-founder of IF, points out, intergenerational fairness is one such issue, as spotlighted in an exchange in parliament following the recent Spring Budget Statement 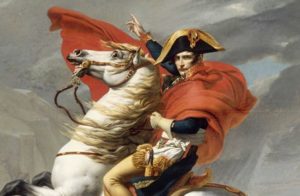 “I am a great fan of the concept of Intergenerational Fairness,” declared Philip Hammond this week when he was asked by Ken Clarke whether he would do something about the “extraordinary anomalies” in the tax treatment of older prosperous people. Clarke gave as examples those in full time work who are exempt from National Insurance, and older people enjoying tax-free windfall gains on their houses. Mr Hammond undertook to “look at all options” in the run-up to the budget in autumn 2018, but drily suggested that in the short run Ken Clarke might want to make a voluntary donation to the Treasury.

Once they leave office politicians are notorious for regretting what they failed to get done while in power. Ken Clarke was the Chancellor for four years in the mid-1990s, during which time he consolidated the position of the baby boomers and further entrenched their advantages in property and pensions.

Similarly David Willetts was the universities minister responsible for tripling tuition fees and put in place the rules that mean student debt attracts over 6% interest charges each year. Yet now that he’s out of government he says that these interest rates are too high and he argues for more fairness between the generations.

Ed Balls was economic advisor to Gordon Brown when the latter, as Chancellor, introduced the Winter Fuel Allowance in 1997 as a universal benefit, an undisguised bung to older voters – but as Shadow Chancellor in 2013 Balls announced that a future Labour government would halt winter fuel payments for 600,000 of Britain’s richest pensioners.

Even our Prime Minister, Theresa May, has argued that things are unfair for young people: she said in her manifesto that older people should pay more for their care for the sake of intergenerational fairness and she has recently argued that the housing market and tuition fee system is not working for young people. But will she actually do anything about it or will she be another politician who ends up regretting not making changes while in office?

The truth is that virtually all politicians recognise the intergenerational unfairness of our tax and benefits system but they are afraid of the grey vote and make the cynical calculation that the chickens won’t come home to roost on their watch.

It’s obviously hard to tell older people that they will have to pay some tax on the sale of their inflated properties or that their pension savings will be taxed less generously, but the longer that politicians as a group ignore these issues the more the Millennials will resent the unfairnesses that are so obvious to them.

Meanwhile here are four measures that a Chancellor could do this year to improve fairness that would not be politically difficult or expensive:

Finally, and in response to Ken Clarke’s comments, Philip Hammond could set up a commission with the explicit remit of making recommendations to improve intergenerational fairness in our tax and benefits system.