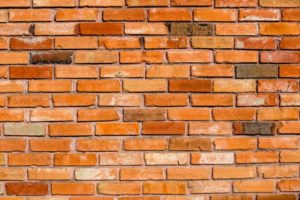 Young people who don’t have parental assistance with getting on the property ladder are “right to be angry” about Britain’s housing crisis, Prime Minister Theresa May said during a speech on 5 March in which she outlined her government’s latest reforms to the planning system.

Housing has risen ever more rapidly up the political agenda since the Tories came back into power eight years ago, with various waves of planning reforms being implemented (alongside targeted schemes like Help to Buy which have sought to get more young people on the property ladder) without appearing to make any significant difference to the level of housing affordability in most parts of the country. Will the latest reforms amount to anything more than they have in the past, or can young people be more optimistic this time?

The UK’s housing crisis has deep foundations: despite a steady uptick in the number of new dwellings being completed in England each year since 2012/13, it is still barely budging past 200,000 per annum, which is roughly where it was prior to the Great Recession in 2008/09. However, although estimates of precisely how many new homes we need to be building each year vary significantly, there is a virtually complete consensus that the current level of construction is far too low. Most experts think we need to be building somewhere between 240,000 and 300,000, depending on whom you ask.

There is far less agreement regarding exactly who or what is to blame for this state of affairs, although the planning system is obviously crucial to the successful development of new housing. Since 2010, successive governments have mainly approached the problem by reforming planning laws to make them more pro-development and attempting to punish local authorities, which are seen to be acting as a brake on new housing being built.

Speaking to the National Planning Conference, Theresa May announced that her government will enact 80 reforms to the planning system that were outlined in last year’s Housing White Paper, with a focus on simplifying the existing system and fast-tracking approvals for planning permission. Most notably, it has been mooted that local authorities which fail to meet their local housebuilding targets could be stripped of their ability to determine planning applications, which would instead be decided by the Planning Inspectorate (the central government body whose current role is mainly determining planning appeals).

The Prime Minister also extended her remarks to threaten private sector housebuilders with not being granted planning permission for new developments if they have a history of “land banking” – buying land which then goes undeveloped. This followed recent criticism of Persimmon, one of the UK’s largest housebuilders, when it announced last year that 140 senior staff would share a bonus pool of £500m and that its chief executive was in line for a pay-out of £110m (subsequently reduced by £25 million following protests among investors).

Both local councils and private sector developers have frequently received blame for causing the housing crisis in recent years, with good reason, although it’s important to acknowledge that the overall problem of the housing crisis is more complicated than this. After all, the multiple waves of pro-development planning reforms which have been enacted since 2010 have done very little to boost housebuilding, not least because first-time buyer incomes have largely remained stagnant throughout this period and local authorities have had their ability to boost development hamstrung by the severe retrenchment which has taken place within the public sector.

The one area in which the Prime Minister said there would be no relaxation of existing regulations was with regard to the Green Belt, which she indicated might actually have its current level of protection strengthened. The legal test for enabling a Green Belt review, which already imposes a high burden of proof on local authorities, may be made even more stringent by requiring Councils to prove that they’ve fully explored every alternative possibility for building housing before they are allowed to review Green Belt allocations. There are arguments for and against building on certain areas which are currently protected, but making it even harder for development to take place on any of this land is clearly not in the interests of young people who want to own their own homes. They have a right to be sceptical about how committed this government really is when it comes to solving the housing crisis.