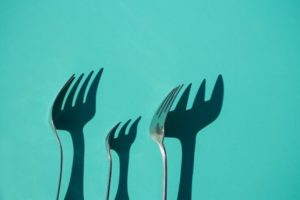 Millennials – defined as the generation who were born between 1980 and the mid-1990s – could become the generation with the highest proportion of people who are considered to be overweight in British history if present trends continue, according to new research from Cancer Research UK. This trend could potentially place an enormous burden of ill-health and disability on the NHS, and runs counter to the public perception that Millennials are a generation of abstemious health and wellbeing fanatics. It’s worth looking at this trend in some more detail to ask what could be driving it, and how it relates to intergenerational justice.

The key finding from the Cancer Research UK study was that on current trends, more than 70% of people within the Millennial generation will be classed as overweight by the time they reach middle age, in comparison to about 50% of Baby Boomers. The charity is particularly concerned about this figure because being overweight is a risk factor for 13 different types of cancer, including of the breast, bowel and kidney, so this trend implies that levels of cancer will rise significantly, alongside other medical problems which are known to be related to being overweight, such as diabetes, stroke and heart disease.

The research was based on data from the 2016 Health Survey for England (an annual government-run survey which is designed to assess the health of a representative sample of the population), which showed that levels of obesity within the population as a whole have risen from 15% in 1993 to 27% in 2015.

Why are Millennials getting fatter?

As suggested above, these findings may seem somewhat surprising given that Millennials tend to enjoy a very health-conscious image in the public imagination. It is often mentioned in the media that rates of alcohol consumption and smoking are significantly lower among Millennials than they are among their older counterparts, while they are also supposed to be the generation which has embraced fitness apps and wearable technology (all those Fitbits and Apple Watches) to a much greater extent than any other.

However, given what we know about the economic circumstances facing the Millennial generation, their increasing propensity to be overweight shouldn’t really come as a surprise. Of course, as shown by the statistic quoted above, rates of obesity have been rising quite dramatically across all generations, so to some extent this is just a consequence of much wider social trends, such as the easy availability of cheap processed food and the opportunities to avoid physical exercise which modern technology affords, but there is also likely to be a strong socio-economic dimension.

It has repeatedly been demonstrated by social scientists that being overweight or obese is determined by far more than individual characteristics: there are pronounced social and geographical patterns of inequality to obesity which demonstrate that structural economic and social factors play a large role in determining its incidence. For example, research from the King’s Fund has shown that there is a distinct North-South divide in the distribution of obese people around the UK, and that people who live in more deprived neighbourhoods are significantly more likely to be obese. Two findings that were particularly striking from their research were, firstly, the extremely close relationship between someone’s social background and their likelihood of eating five portions of fruit and veg a day (those in the bottom fifth of the population were 20% less likely than the population average to achieve this level of consumption, compared with those in the top fifth, who were 25% above the average); and secondly, the low levels of physical activity which were recorded among the whole population, with work commitments and a shortage of time being cited as the two main reasons why people failed to exercise.

Looking at all this data in the round, it seems plausible to suggest that there could be a relationship between the economic disadvantages facing the Millennial generation – stagnant pay, high housing costs, long working hours and pervasive occupational and domestic instability – and problems with their physical health if these challenges are preventing them from leading healthier, more active lives.

The social gradient of obesity means that it will predominantly be the Millennials from the most disadvantaged backgrounds who become overweight, the same people who have been placed at the biggest disadvantage by the socio-economic problems listed above. Evidence from the USA, where the obesity problem is far more advanced, has shown that life expectancy in poorer communities is actually now starting to drop, to a large extent because of concentrations of obesity in socially and economically deprived communities.

How socio-economic problems affect the Millennial generation’s physical health, both now and in the future, is a topic that deserves further research.