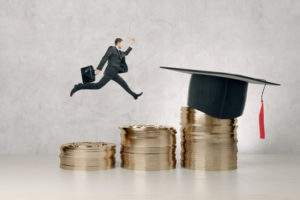 The student finance system in England has been sharply criticised by the group of MPs who make up the House of Commons Treasury Select Committee in the final report of their recent public inquiry. These criticisms come at a particularly awkward moment for the government, as it is just about to launch its own official review of the student finance system. So, what did the select committee have to say? And how could it affect the outcome of the inquiry?

“Questionable” use of high interest rates

The select committee report ended up being highly critical of virtually every single aspect of the student loan system. Perhaps the feature which came in for the most criticism was the high interest rates that students currently have to bear on their debts (which are a significant factor when the average student now graduates owing around £50,000). Interest rates are being levied at RPI (the Retail Price Index) plus 3% while they are still studying, and then RPI plus up to an additional means-tested rate of 3% once they have started working. This was a relatively uncontroversial feature of the post-2012 system when it was first instigated because inflation was running very low at that time, but the jump in RPI to rates of more than 3% over the past couple of years has seen it being subjected to much more intense criticism.

The chief arguments against using RPI plus 3% (which means current students are accruing interest at a rate of 6.1% during their studies) are that, firstly, it is far higher than a whole range of reasonable benchmarks which might be used to set the rate of interest, such as the government’s own cost of borrowing, the Bank of England base rates, commercial interest rates or just inflation on its own; and secondly, the use of RPI (formerly the prevailing rate of inflation used by economists) has been widely discredited by statisticians on the grounds that it fails to measure the cost of living accurately. Indeed, the Office for National Statistics no longer recognises RPI as an official statistic, and its use has been abandoned for most other purposes. However, the government has continued to maintain that a high, means-tested interest rate is uniquely desirable for the student loan system because it has the effect of slowing the rate at which higher-earning graduates repay their debts, so in theory they should make a larger overall financial contribution to the system than people who earn less than them.

The Treasury Select Committee argued in their report that this explanation is unconvincing because current projections suggest that high-earning graduates will still pay back their loans faster than their lower-earning counterparts, and therefore contribute less to the system during their lifetimes. The practice of charging students these high interest rates while they are still studying – which the Institute for Fiscal Studies (IFS) has estimated adds an additional £5,800 to the average student’s debt upon graduation – came in for even sharper criticism, as the main defence of this system which the government offered was apparently to prevent the loans being invested by students, even though tuition fees are paid directly to the universities. The report recommended that the government should abandon the use of RPI in favour of a more accurate measure of inflation, and stop charging students the highest-possible rate of interest while they are actually studying, in favour of less punitive alternatives. Interestingly, it didn’t go so far as to recommend what the rate of interest should actually be in future (or how it should be calculated).

The select committee report also highlighted a whole range of other problems with different aspects of the student loan system.

Firstly, evidence presented to the committee suggested that the government genuinely expected average tuition fees to be around £7,500 when it first increased the cap to £9,000, when in reality the system gave higher education providers little incentive not to charge the highest possible amount, which virtually all of them have done ever since. The absence of competition on price has prevented the marketised system which the Coalition hoped to create from materialising, and the report recommended that the government needs to justify why having such a high level of fees across the board is either necessary or desirable.

Secondly, the report was also sharply critical of the inadequacy of the maintenance loan system, which currently seems to ensure that students from the poorest backgrounds will graduate with the largest debts without necessarily giving them enough money to genuinely support them while they are actually studying, unless they work. The report argued that, given how much of a priority the government is supposed to attach to the idea of widening participation in higher education, this seems perverse.

Thirdly, the report highlighted how much the numbers of part-time students have fallen since the introduction of the new system: between 2008-9 and 2015-16, the number of part-time students fell by 47%, from 590,000 to just over 310,000. Given that people who find it harder to access higher education, such as those with caring responsibilities or who need to retrain around their existing job commitments, are more likely to do part-time courses, this seems a wholly regrettable state of affairs, and the report recommended that the government should directly set out to address this in its upcoming review of student finance.

Fourthly, the report also criticised the way in which the current system – under which loans are treated as an asset rather than a debt on the government’s balance sheet – effectively enables the government to conceal how much of the money being lent out won’t ever be repaid (and the contribution this will make to worsening Britain’s deficit) because the money won’t be written off for another 30 years. The report said that:

“The Department for Education issued £13.6 billion of student loans in 2016–17, and based on the current RAB charge [the proportion of student debt that the Government expects to write off] of 40-45 per cent, £6–7 billion of annual write offs are missing from the deficit – the equivalent of the entire NHS capital budget. Its inclusion would increase the deficit for 2016–17 by 13 per cent, from £45.5 billion to over £51 billion.”

How will this affect the system going forwards?

The multi-million-pound question is how much bearing these points will have on the official review of student financing, which was announced last October and is supposed to get underway on Monday 19 February.

Speculation as to what the review will ultimately recommend has been febrile, with the wide range of possibilities potentially being considered, including such diverse options as permanently freezing tuition fees at £9,250 (rather than allowing them to increase in line with inflation if the university meets certain performance criteria, under the system that was put in place following the last major review of university funding just a couple of years ago), lowering the interest rate by anchoring it to some new benchmark, or re-introducing maintenance loans. Clearly, the Conservative government finds itself in the tricky position of seeking to defend the system which it largely designed on the one hand while trying to limit the appeal of Jeremy Corbyn’s Labour Party to younger voters on the other. Therefore, it seems unlikely that the system will be radically altered, but some Big Announcement – even if it only amounts to a fairly cosmetic change in practice – seems inevitable.