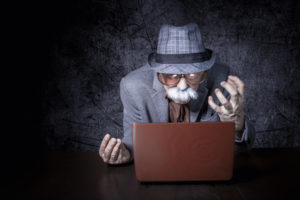 Following the surprise outcome of last year’s snap general election, which saw the Conservatives fail to win an outright majority, a number of narratives have developed in the media and among politicians about why the strong lead that the Tories enjoyed in most polls at the beginning of the campaign evaporated on election day. One such narrative is the idea that there was a “Youthquake” – an unanticipated surge in the turnout of young voters, who leaned massively towards Labour – although this has subsequently been disproved by more accurate data (see our recent blog post, When is a Youthquake not a “Youthquake”?)

Another possible explanation for the Tories’ failure at the polls which received much attention was the party’s controversial plans to reform adult social care funding, which could have seen wealthier pensioners being asked to pay more for the cost of being looked after in old age. The announcement of this policy – rapidly christened the “Dementia Tax” by Labour – during the midpoint of the campaign was widely seen as a fiasco, with the negative reaction that came from much of the media and on the doorstep, prompting the Conservatives to announce what was effectively a U-turn just four days later. In the aftermath of the vote, this was widely perceived to be part of the reason for their underperformance.

But did older voters really not turn out to vote for the Conservatives because of social care? And, if the evidence suggests that this wasn’t what happened, then how does it affect the continuing debate about social care reform?

Reforms to adult social care have had a tortured history in recent British politics. With the growing pressure from the UK’s ageing population the system is widely believed to be in crisis, a problem which has been exacerbated by cuts to local government funding since 2010 (unlike the NHS, social care is provided by individual local authorities and is heavily means-tested; those whose needs aren’t considered severe enough to deserve state help, or who have more than a set level of asset wealth, must make their own arrangements). Between 2009/10 and 2014/15 total social care funding fell by 9% in real terms and the number of people receiving local authority help fell by 400,000; the Local Government Association (LGA) has estimated that an additional £2.6 billion will need to be found by 2019/20.

The Dilnot Commission, approved by the Coalition government, proposed a new system under which every individual would face a lifetime “cap” for their social care costs above which the state would step in. This was ultimately legislated for with a cap of £72,000 in the Health and Social Care Act 2012, but its implementation has since been postponed and now seems unlikely. The Conservatives’ original proposal during the election campaign was for a “floor” rather than a cap; under this system everyone would be expected to meet their social care costs privately until they only had a maximum of £100,000 of remaining assets, beyond which state help would be available. The backlash this drew was so intense that the government almost immediately announced that this system would also include a cap on lifetime care costs, with the details to be worked out in a forthcoming green paper on adult social care that they would publicly consult on (an exercise which seems likely to repeat much of the work that the Dilnot Commission undertook less than a decade ago).

The merits of the Conservatives’ proposal are highly debatable; some experts think that a complex system of caps and floors is likely to be unworkable in practice, and that the short-term crisis in adult social care funding needs be addressed more rapidly, while others are highly critical of the idea that people who’ve lived virtuously and built up assets might not be able to leave them to their children and grandchildren intact. However, arguably what’s more interesting about these events is that they represent a rare example of a government apparently being willing to stick its neck out and propose a (fairly radical) solution to a complex social challenge which it must have known was likely to prove unpopular with some of its core supporters.

Given that, in general, we need democratically elected governments of all political hues to be more willing to take bold decisions when dealing with major long-term challenges, rather than filing them away in the infamous “too difficult” box, this type of thinking ought to be applauded. In that context, it’s worth examining what impact, if any, social care seems to have had on the Conservatives’ popularity with older voters to see whether it really did cost them success or not.

For reasons which were explained in our previous blog post on the Youthquake, the recently-released British Election Study face-to-face post-election survey data are the gold-standard source for enabling us to analyse how different groups of people actually voted in the election. The conclusion from these data is fairly stark: just as it appears there wasn’t a youthquake in the way which has commonly been supposed, the Tories also don’t seem to have lost any support among older voters from their proposed reforms to social care.

When comparing turnout between the 2015 and 2017 elections, voters over the age of 60 were still much more likely to vote than their younger counterparts, with those aged between 80 and 90 displaying the highest levels of turnout at around 75% (compared to around 40% for the under-20s). The data suggest that voters aged between around 60 and 75 were actually more likely to have voted in 2017 compared to 2015, and voters who were older than that slightly less so, although both of these differences are within the margin of error. When it came to which parties they voted for, older voters overwhelmingly went with the Conservatives by much larger margins than they did in 2015. It seems that around 60% of voters aged over 70 went with the Tories at this election compared to around 40% two years earlier, while their vote share among those aged 50 to 65 (who could have the most to lose from social care funding reforms that passed more of the costs on to the individual) seems to have remained stable.

There are two obvious reasons why older voters might have lent so much support to the Conservatives which have nothing to do with social care funding: the collapse in support for UKIP, many of whose supporters (who tend to be older) switched to the Tories, and older voters’ distaste for Jeremy Corbyn, whose support is much weaker among older members of the electorate compared to the young. It is also entirely possible that some individual older voters abandoned the Tories over social care, only to be replaced by defectors from other parties. However, the fact remains that it is mistaken to suggest that large numbers of older voters turned away from the Tories en masse because of their plans for this one particularly controversial policy area.

There are some useful lessons for politics here more generally. First and foremost, it goes to show that noisy howls of protest from some members of the electorate in response to a proposed policy reform do not necessarily translate into losses at the polls, so politicians can afford to think more boldly about controversial subjects than they often do. Secondly, on this specific and extremely urgent issue, the Conservatives are clearly in the fortunate position of having the older vote largely to themselves because the rise of Jeremy Corbyn and the collapse of UKIP have left disaffected members of this age group with very few credible alternatives. Hopefully, the government will still be willing to entertain bold ideas when it comes to designing a long-term solution.