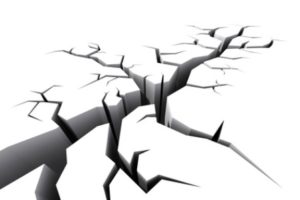 Last year’s general election was rapidly dubbed the “Youthquake” by the media and pollsters in response to the surprising success of Jeremy Corbyn’s Labour Party, which was attributed to his ability to connect with younger voters who had previously been alienated from traditional politics. “Youthquake” was named the 2017 Oxford Dictionaries’ Word of the Year, and here at IF we captured the zeitgeist by publishing our report Youth Quake: young people and the 2017 election (written by Dr James Sloam and Rakib Ehsan), which examined the reasons why younger people had turned towards Labour.

However, the claim that younger voters did play an outsized role in determining the outcome of the 2017 election has now been thrown into doubt by the release of some new data which suggest that the 2017 Youthquake was a “myth” perpetuated by the media. So, how might the truth have differed from the Youthquake version of events – and could 2017 still be called the Youthquake election after all?

These data come from the face-to-face sample of the British Election Study (BES), the UK’s most comprehensive survey of people’s political behaviour, beliefs and attitudes. This is likely to be the survey which provides the most accurate picture of how people actually voted during the election – and, more importantly in this context, who actually voted – for reasons which will be explained below.

It’s important to emphasize that all polls and surveys are wrong to some extent because they are based on samples of people which are much smaller than the wider population whose behaviour these smaller samples are being used to simulate. The idea of the Youthquake gained so much traction largely because a wide range of polling companies – including industry leaders like Ipsos MORI and YouGov – found in their post-election polls that there had been a significant increase in the proportion of the youngest voters who said that they turned out to vote; our report quoted figures from Ipsos which suggested that 21% more 18–24 year olds voted in 2017 compared to two years earlier, for example. These were the best available data at the time, and were based on asking large numbers of people (over 52,000 in YouGov’s case) – yet it now appears they missed the mark.

The BES face-to-face data have been collected following every general election since the 1960s, and are widely considered to be the single best indicator of how Britain actually voted, essentially for three reasons: they are based on a very large sample size; they are undertaken face-to-face rather than over the phone or via the internet; and they match the people who take part to the local authority registers of people who actually voted which are collected from polling stations, to gain the most accurate possible picture of voter turnout. This enables them to account for the problem of sampling bias – the fact that people who are already engaged with politics to some extent are far more likely to be willing to take part in polling – more effectively than anyone else can. Even though other polls attempt to take account of sampling bias using a range of different techniques, ultimately they all have to make a lot of what are essentially informed guesses about whether their samples are genuinely representative or not. Before the 2015 general election, virtually all the major polling companies showed the Tories and Labour locked in a dead heat; after the Conservatives won their majority, an official inquiry was held into the inaccuracy of the polls which found that sampling bias was the main reason for them all getting it so wrong, and the BES face-to-face survey was held up as a model because it had the only sample which managed to accurately reproduce the real result.

What the newly-released BES face-to-face data suggest about the 2017 election is that there was actually virtually no difference in the turnout of the youngest voters (18– 24 year olds) in comparison to 2015. The BES data suggest that turnout was almost identical across virtually all age groups between the two elections, although with one important exception: there does appear to have been a statistically significant rise among voters aged 30–35. Given that the overall turnout rose by 3% between the two elections, from 66% to 69%, it seems reasonable to assume that much of the increase was accounted for by people in this age category who were previously non-voters going to the polls. The BES data do suggest that young people were much more likely to vote Labour than older ones, which is in keeping with the Youthquake analysis, but the party’s popularity doesn’t appear to have risen much more among younger voters than it did among voters of all ages; essentially, voters in every age group under the age of 70 became more likely to vote for the party by relatively similar magnitudes. To use the title of the academic paper which the main authors of the BES study published explaining these findings, they argue there were “Tremors, but no Youthquake”.

The key question to ask is whether these new (and, we have to assume, more reliable) data render the concept of a Youthquake entirely redundant. Although there wasn’t a huge surge in turnout by younger voters, it’s worth bearing in mind that the Oxford Dictionaries’ definition of their Word of the Year actually referred to something broader than simply young peoples’ impact at the ballot box: “a significant cultural, political, or social change arising from the actions or influence of young people”.

It does seem to be the case that young people have become more engaged with politics more broadly since the EU referendum and the general election, even if we now know that this hasn’t yet translated into increased electoral turnout. As was mentioned in our report on the Youthquake, political activity on social media has rapidly increased (led by Jeremy Corbyn), a medium whose users are overwhelmingly younger than the population at large. Of course, if politicians have been attempting to engage more with young people because they thought there had been a Youthquake, and they were worried about hanging on to their seats at the next election, then this may now stop, which would be a pity in itself.

The significant increase in turnout which the BES data record among voters in their early thirties is also important, as these voters are still members of the Millennial generation which has been hit by the combined effects of stagnant wage growth and insecure employment, falling home ownership, the impacts of government austerity and, now, the UK’s vote to leave the EU. Why these slightly older “young people” were more likely to actually come out and vote for Labour would be an interesting topic for future research to explore. The fact that the surge in support for Labour did have some impact on encouraging one particular group of younger voters to actually turn out and vote suggests that the concept of the Youthquake doesn’t deserve to be jettisoned completely.

Author’s note: Since this blog was published, the BES research has been criticised, by both a group of academic political scientists (here) and YouGov’s Peter Kellner (here), on methodological grounds for the way in which it sampled younger members of the electorate. Specifically, both argued that the number of 18–24 year olds included in the BES sample whose electoral participation could be verified was too small to produce accurate estimates of how likely they were to have voted. As with all surveys, it is impossible to be absolutely certain about how accurate the BES data genuinely are.