Angus Hanton, Co-founder of IF, looks at the growing and darkening chasm of pension liabilities, in both the private and the public sectors, and the impact this will have – is already having – on the economy as a whole and the future of younger generations 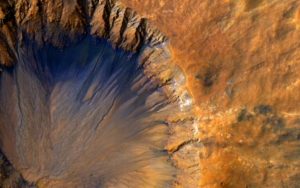 Recently I spoke with Gavin Patterson, the CEO of BT, and suggested to him that BT is essentially a pension fund with a company attached. He did not deny that characterisation and implied that he was doing all he could to reduce the BT pension deficit, and didn’t for a moment question the validity of the pensioners’ claims. BT has a £14 billion pension deficit, but makes an operating profit of only £3 billion each year.

BT is not unusual in being a company driven by its past pension promises: a recent report by industry expert JLT states that there are “a significant number of FTSE 100 companies where the pension scheme represents a material risk to the business.”

Carillion and the rest

News on Carillion’s bankruptcy shows that such events transfer corporate pension liabilities to the state – in Carillion’s case the deficit that will be taken on by the government’s pensions lifeboat, the Pension Protection Fund (PPF), could be as much as £1 billion. Carillion had 28,000 people in costly defined benefit pension schemes – a type of pension which is now unavailable to younger people.

Other bankruptcies, such as that of BHS, have continued to shift pension liabilities to the state, and further bankruptcies could accelerate the process. IAG, formerly British Airways and BAE, have a combined pension deficit of around £9 billion.

Pension liabilities are equally challenging in the public sector, where public service pensions represent a contractual unfunded liability of over £1 trillion, while the state pension commitment is now well over £5 trillion.

Together these commitments are taking an increasing share of tax revenues and progressively transferring income from younger people to older claimants.

The contributions made through National Insurance and government employee contributions are generally recognised to be significantly less than the cost of the pensions being promised, but in any event whatever money is paid towards these pensions is actually being used for current spending, leaving younger people to foot the bill for the future promises.

We know that these pension commitments are already hobbling the UK economy as they reduce what can be invested by companies in R&D and capital projects, and they limit what can be paid to younger workers.

Pension commitments also reduce the possibilities for industrial reorganisation and, as in the case of BT, they focus the whole company on measures that will help pay its pensioners.

IF drew attention to these issues last year in its paper entitled “DB Pensions: Choking Hazard”.

In the state sector, pensions commitments drive up the amount of tax that has to be raised and acts as a brake on the economy. In round numbers, the state spends about £700 billion a year of which £200 billion is spent on pensions and health, both costs which are focused on the older generations – and both these costs are rising steadily. Even so, this doesn’t give the full picture, with the tax system also advantaging older people by offering them large tax breaks for pensions saving, and housing being almost tax-free.

Brexit is currently preoccupying government and the media but meanwhile our economy is reshaping itself so that Britain is fast becoming a pension scheme with an economy attached.

It’s always been hard to get people interested in pensions, but younger workers are starting to wake up to the pension injustice which is both depressing their pay and keeping up their taxes.