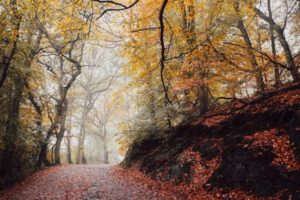 Governments are frequently criticised for not thinking enough about the long term, with most of their energies being directed towards the short-term exigencies of the political cycle. That is why the Conservative government’s recent announcement of their 25-year environmental strategy is remarkable simply for its existence, as it’s so rare for any government to lay out a policy roadmap which stretches so far into the future.

The strategy talks the talk, as it uses plenty of intergenerational language regarding it being the government’s ambition to leave the natural environment “in a better state than we found it”, and outlines the improvements which they hope to deliver “within a generation”. But does it walk the walk? The responses from experts have been somewhat mixed, as this blog will explain.

What’s in the environmental strategy?

Most of the media attention surrounding the launch of the strategy focused on what seems to be the environmental issue of the moment: plastics. It includes two major announcements which are supposed to have a big effect on the amount of plastic that is consumed by shoppers. Firstly, the government said that it intends to remove the exemption which small retailers in England currently enjoy from the plastic bag charging scheme, which is an anomaly compared to similar schemes operating in the other countries of the UK. Secondly, it contains a high-profile announcement to eliminate all avoidable plastic waste in the retail sector by the year 2042, alongside announcing plans for supermarkets to create aisles in which all the food is loose, which would reduce the use of plastic substantially.

The strategy also calls for the creation of an additional 500,000 hectares of wildlife habitat, and to plant 11 million trees (including the creation of a new Northern Forest) in the UK. It also includes plans to designate a new set of marine conservation zones around Britain’s coast by July 2019, to impose a mandatory requirement on land developers to ensure there is a net benefit to biodiversity when they build things, and to create a statutory body which would have responsibility for underpinning all of these rules and commitments.

What do experts say?

The announcement of the strategy has drawn a wide variety of responses from environmental organisations and other experts. Some of these were summarised by the House of Commons Library: it drew measured praise from the WWF, the RSPB, CPRE, the Environmental Services Association and the Soil Association, but other reactions to it were more critical.

One point which has come in for particular criticism is that the plan does not envisage achieving zero plastic waste until the year 2042, which Greenpeace has argued will result in masses more plastic being deposited in the seas and oceans than would be the case if a more aggressive target had been chosen. Greenpeace also criticised the strategy for not including a plastic bottle collection scheme (under which people who returned plastic bottles to retailers would receive a small financial reward), because these have been shown to drive substantial reductions in plastic waste.

Also, other proposals which had previously received some attention before the strategy was published – such as imposing a 25p charge on disposable coffee cups – never made it into the actual document.

As it stands, a number of the commitments in the strategy remain quite vague, such as what the specific powers and funding of the new environment watchdog will be, and whether the requirement to protect biodiversity will be compatible with some of the other language used within the document, which talks about not adding to the burden of regulation on developers.

Overall, the 25-year environmental strategy is an important document, but one in which many of the most significant details still remain to be filled in.

Image by Will Fuller on Unsplash: https://unsplash.com/@wfuller