Jo Johnson, the Minister of State for Universities and Science, has quietly announced the completion of the sale of the 2002–2006 student loan book. Liz Emerson, IF Co-founder, investigates 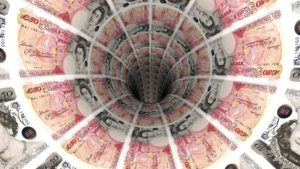 Total student loan debt now stands at around £100 billion. That is a lot of money. To put it in some kind of perspective, it is equivalent to the entire annual NHS budget (around £110 billion). According to the FT, although this latest sale had a face value of £3.7 billion and a book value of £2.5 billion, it sold for only £1.7 billion, meaning a loss to the taxpayer of £800 million. Rothschilds, the government’s bank of choice, provided advice on the sale, but we have yet to see how much protection new “customers” will receive from likely overzealous collection practices.

Selling off student debt is not new. Back in 2013 Erudio Student Loans bought a tranche of mortgage-style student loans. The face value of these loans was £900 million but Erudio bought them for just £120 million – a massive loss to the taxpayer. Commentators suggest that this is because most graduates had paid off their loans and the outstanding debt was from “bad debtors”. We all know just how badly many of these “customers” were treated.

Fast forward to the recent announcement about the sell-off and cynics could be excused for thinking that it’s no surprise that the government jacked up interest rates to 6.1% (RPI+3%) in order to front-load debt and make the sale of the student loan book a much more attractive proposition to private investors. That the purchasers are supposedly pension funds and private equity groups means that older generations will be quite literally feeding off the aspirations of the young for the next 30 years, since most graduates will never pay off their loans.

Take a closer look at the figures of the sale and you’ll see that a whopping 40% of graduates from 2002–2006 studies had not made a single payment in 2015–2016. Why is that? Since student loan repayments are taken at source, anyone earning over the threshold of repayment of around £17,000 a year for these Plan 1 loans would automatically have deductions taken. So these non-payers are either in post-grad education, or avoiding repayment, perhaps self-employed, or are simply not earning enough to meet the repayment threshold.

That leaves us with the thorny question of the mythical “graduate premium” which is so often trotted out to justify increasing student debt by increasing fees, interest rates, decreasing repayment rates or not reforming the 9% repayment “tax”. For many graduates any increase in pay that they were expecting to receive for being degree-holding employees “investing” in their own education, has not materialised. The Office for National Statistics has revealed that more than 30% of non-recent graduates are still in non-graduate positions: again this undermines government arguments that students can pay high fees and high repayment rates because they will earn more than non-graduates.

What we do know is that expecting young people to face a marginal 41% tax rate for the next 30 years while also trying to live, save for a future and old age, is quite simply intergenerationally unfair.