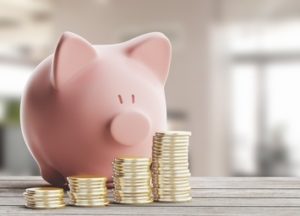 After months of speculation that it would do so, the Bank of England’s Monetary Policy Committee has recently decided to raise interest rates by a quarter of a percentage point to 0.5% (the first time they’ve been increased since July 2007), while also signalling that it would like to phase in further rises over the next few years. Like all matters of economic policy-making, raising interest rates creates winners and losers: traditionally, savers (who tend to be older) welcome higher rates because it gives them a better guaranteed return on their money in the bank, while borrowers (especially mortgage-holders, who tend to be younger) dislike them because it makes their monthly repayments more expensive.

Yet we are constantly being reminded that we live in very unusual times in which many of the old orthodoxies about economics and politics no longer look so reliable. So, what impact will rising interest rates really have on Millennials?

How did we get here?

The first thing that anyone who’s interested in this question needs to be aware of is that interest rates are still incredibly low by historical standards, even after they’ve been increased for the first time in over a decade. A recent BBC article included a handy graph which reminds readers that rates hovered around 9% for most of the period between the mid-1970s and the mid-1990s as the government struggled to fight high inflation, rising to peaks which now look spectacular in retrospect during particular crisis points, such as the late 1980s recession (when the interest rate hit 15% for a period) and the UK’s exit from the European Exchange Rate Mechanism (ERM) following “Black Wednesday” in 1992.

For a variety of reasons, interest rates were generally significantly lower than this during the long boom that lasted from the period following Black Wednesday until the 2008 financial crisis, an event which then saw rates drop precipitously around the world to levels barely above zero as central bankers desperately tried to revitalise demand in their economies (a few countries have even gone so far as to experiment with negative interest rates, i.e. actually charging depositors to store their money with the central bank, to try and give them an even bigger incentive to pump more money into the wider economy).

The purpose of this very brief history is to emphasise that the most salient fact about Britain’s current interest rates is not that they have just been increased for the first time in a decade, but that they are still almost nothing compared with where they were 10, 20 or 30 years ago. Indeed, one of the biggest challenges confronting the Bank of England’s policy-makers in recent years has been the problem that both financial markets and consumers will eventually need to be weaned off their now familiar diet of ultra-low rates, yet raising them too aggressively would run the risk of causing economic turbulence. This is why the Bank has gone for only such a modest rise on this occasion, and is expected to raise them by only a further quarter of a percentage point in each of the next two years, so the rate would still be at just 1% by 2020.

As you would expect, one of the consequences of interest rates staying so low for so long is that savers have got used to getting virtually no return on keeping their money safely in the bank, while mortgage-holders have got used to mortgage payments being relatively affordable (at least within a wider context of stagnant wage growth and very high house prices in most areas of the country). So does the traditional orthodoxy of young borrowers vs old savers still apply?

The answer to this question appears to be: yes and no. From older peoples’ point of view, the rate rise is almost unquestionably a good thing, for two reasons. Firstly, they are still significantly more likely to have money in the bank than their younger counterparts, so any increase in the virtually negligible returns on savings (the average easy-access savings account currently pays interest of 0.14%) is a good thing. Secondly, a rate rise is also reckoned to be good news for older people who are planning to purchase an annuity when they retire. Most people are aware that annuity rates have crashed in recent years: according to figures from Hargreaves Lansdown, back in the 1990s a retiree with a pension pot worth £100,000 could have bought an annual income for life of £15,000 per year, whereas now that same retiree would be lucky to get £4,500. However, because annuity rates follow the yield on government gilts, the fact that this has been rising in anticipation of an interest rate rise means that pensioners have got slightly better annuity rates in recent months. Although pensioners no longer have to buy an annuity because of the recently introduced pension freedoms, for many this will have a substantial benefit (although with the caveat that neither the returns on savings or annuity rates are anywhere near what they were 20 years ago, as described above, and may never return to those levels).

From Millennials’ point of view, there are a couple of important reasons why a rate rise may not be bad news to the extent which is commonly supposed. Firstly, the house price boom which England has seen over recent decades means that young adults are now saving for longer than ever before to get a deposit. To make a sweeping generalisation, the typical professional couple living in London and the South East who want to get on the housing ladder have to try to save for a deposit out of what is left over from their rent and student loan repayments, often taking many years and leaving them exposed to the poor returns on savings just as much as many older people are. Poor returns on savings may also affect young peoples’ chances of getting on the property ladder by depressing the returns which their parents see on their savings as well, given that such a large share of housing transactions now involve parental support from the “Bank of Mum and Dad”.

Secondly, many commentators have emphasised that mortgage-holders, particularly younger ones, are now less exposed to the vagaries of interest-rate policy than used to be the case because many more of them are taking out fixed-rate mortgage products. The Nationwide, one of the UK’s largest mortgage lenders, recently argued that a small rate rise would have very little effect on current mortgage borrowers because 70% of them are on fixed-rate products which won’t rise in cost until their current rate ends, whereas in 2001 it was only about 30% of borrowers who were on fixed rates. Nationwide estimated that the average borrower would see their annual repayments rise by only £180 per year.

So this rate rise probably won’t harm the Millennial generation too much, and possibly may even do more good than harm for the many who are desperately trying to save to get on the housing ladder. But this should be caveated with a reminder that the broader economic picture for Britain still looks highly uncertain: growth remains sluggish, average wages have stagnated and inflation is still above the Bank of England’s target. If the Bank does go on to raise interest rates to 1% it would add almost £1,000 to annual repayments of the average mortgage-holder, according to the Halifax. Given that the Financial Conduct Authority has shown that almost half of UK adults think they couldn’t afford to deal with an unexpected bill of £300 or more, a return to interest rates which are even vaguely normal could still potentially push a lot of low-income households into the red.